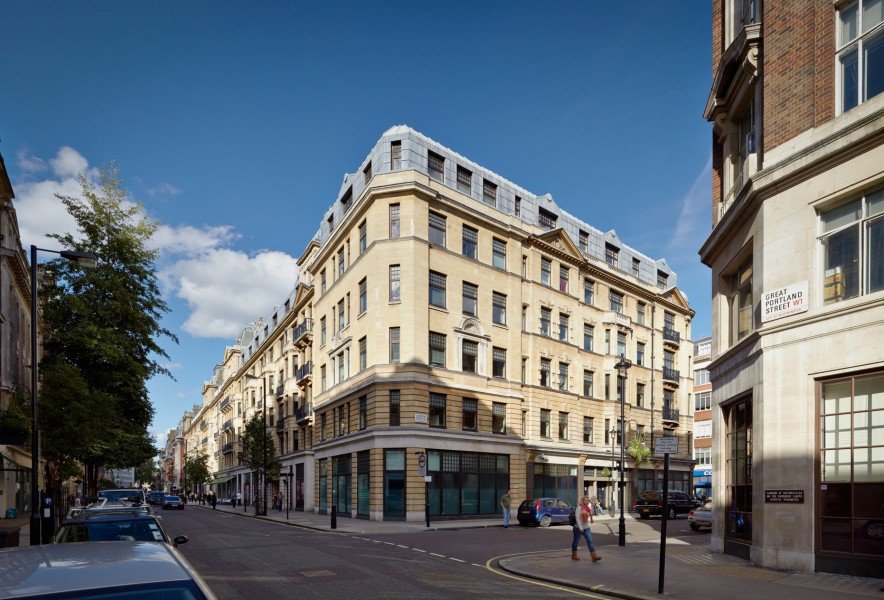 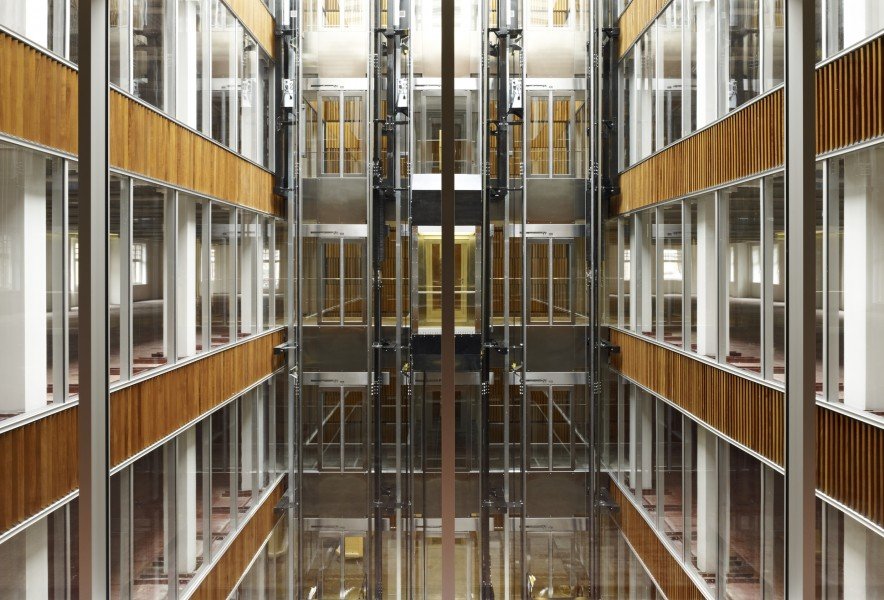 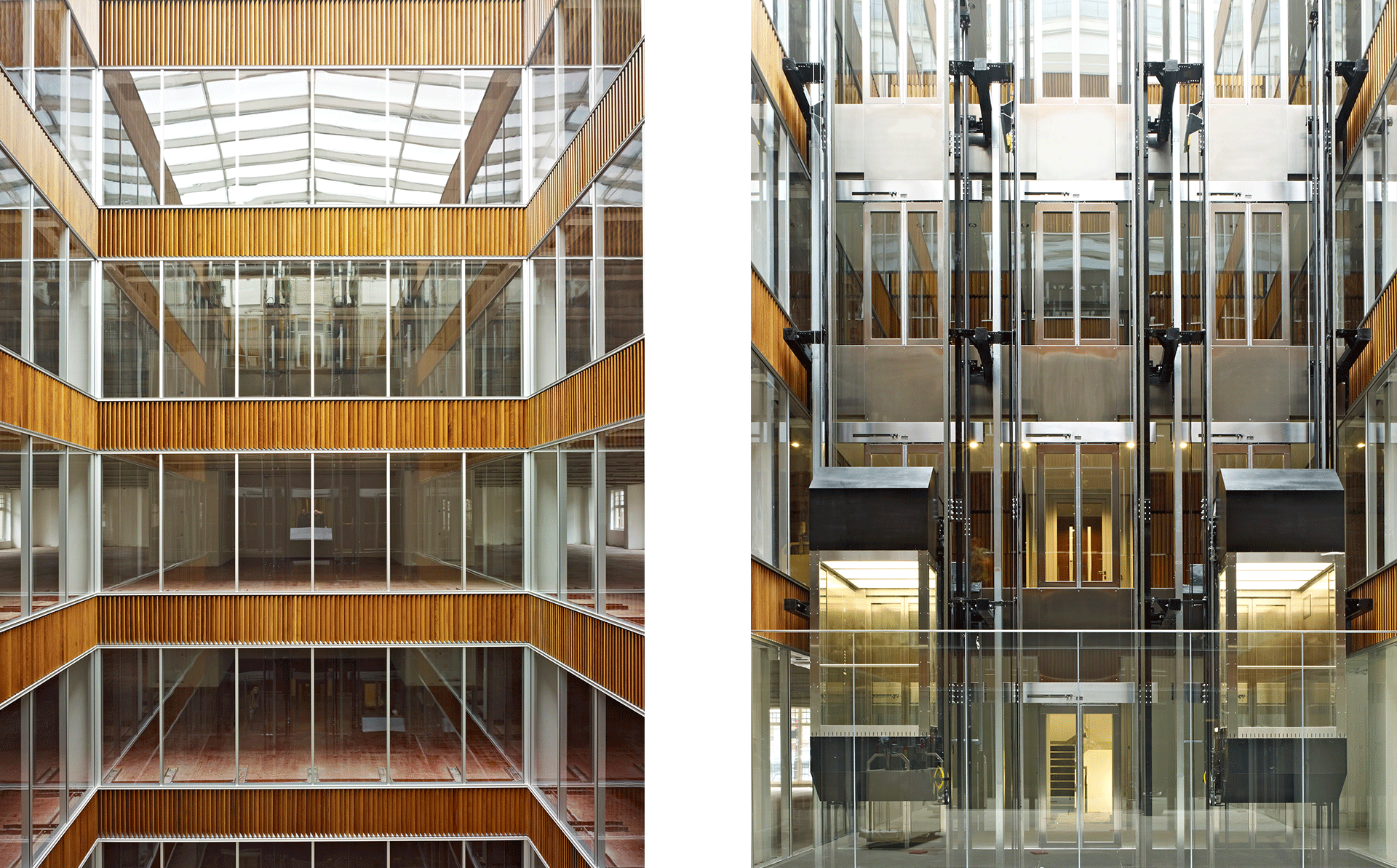 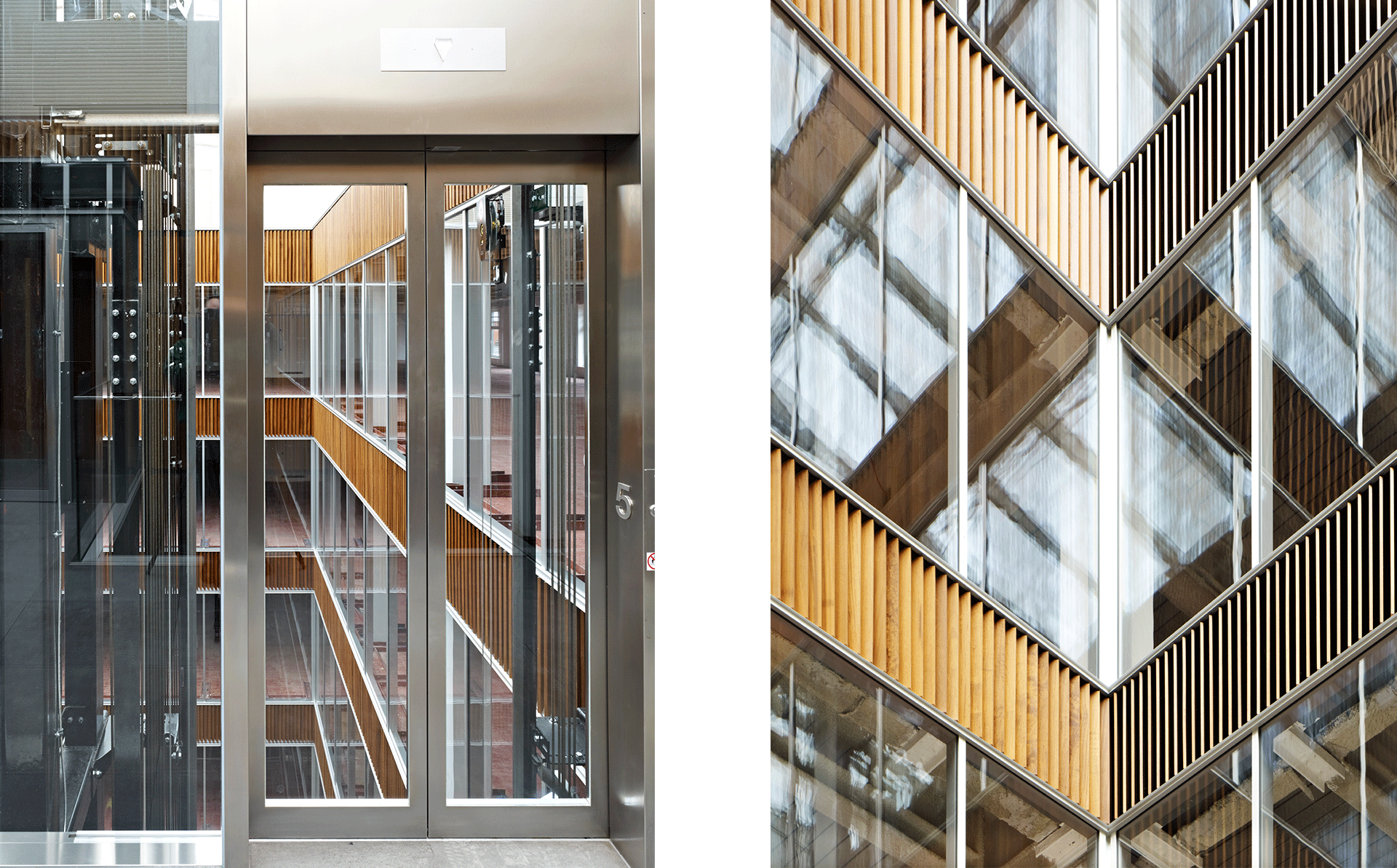 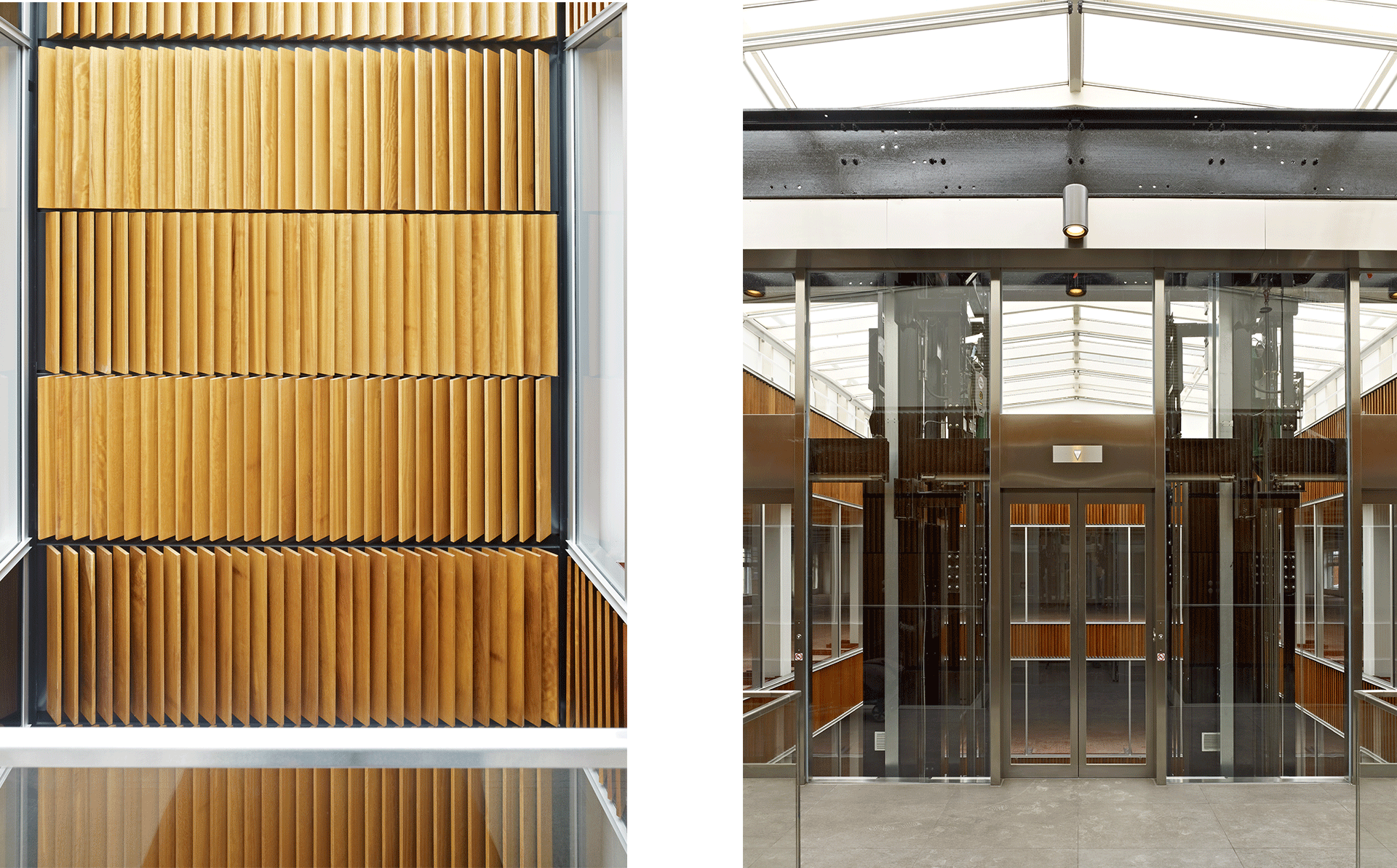 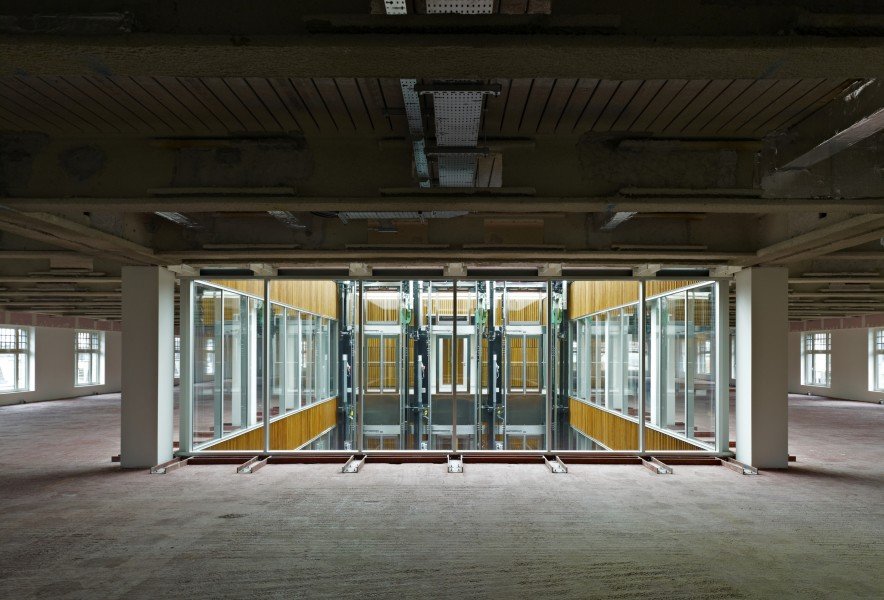 A major rebuild of 160 Great Portland Street in 1993 included a façade retention and provides the background for this latest interventions, the aim of which was to reinvigorate and modernise the interiors, give the building ‘kerb appeal’ and crucially to retain the best of the old while adding new to achieve maximum commercial advantage. The original façade retention scheme design and superstructure was retained, with all other elements, systems, services and finishes replaced throughout except for the double glazed windows, which were overhauled and repaired as necessary. Several entrances were added to the building. The main entrance to the building on Great Portland Street has been comprehensively reworked. Much more inviting, it features areas of glazing to improve visibility on approach. The structural interventions include lowering the slab to provide a level threshold, changes to the beams over the entrance and a new slimmer first floor slab construction, which increases volume.

The atrium is a departure from the historic exterior, replacing the stone clad treatment with Iroko-clad spandrel panels which add materiality and warmth, also functioning to conceal an ingenious fire-rated return air path. The atrium provides a new heart to the building – affording daylighting to the office floors and transforming at night into a lit oasis when viewed from the street. Modern ‘Grade A’ office space is flooded with natural light, offering long term flexibility. The new lifts and more transparent treatment of the sky decks improves the experience of the building. The design solutions were initially developed for multi-tenant fit-out but were subsequently reviewed and enhanced when, just prior to instructing the main contractor, tenants Double Negative, came on board with significant power and cooling demands (three-times those for a ‘typical’ office fit-out).  The power supply to the building was augmented along with the base-build chillers and heat rejection plant and the associated distribution services.

The building was recipient of the BCO Best Corporate Workplace Award in 2013. It sits next to 180 Great Portland Street, also refurbished by Lifschutz Davidson Sandilands. 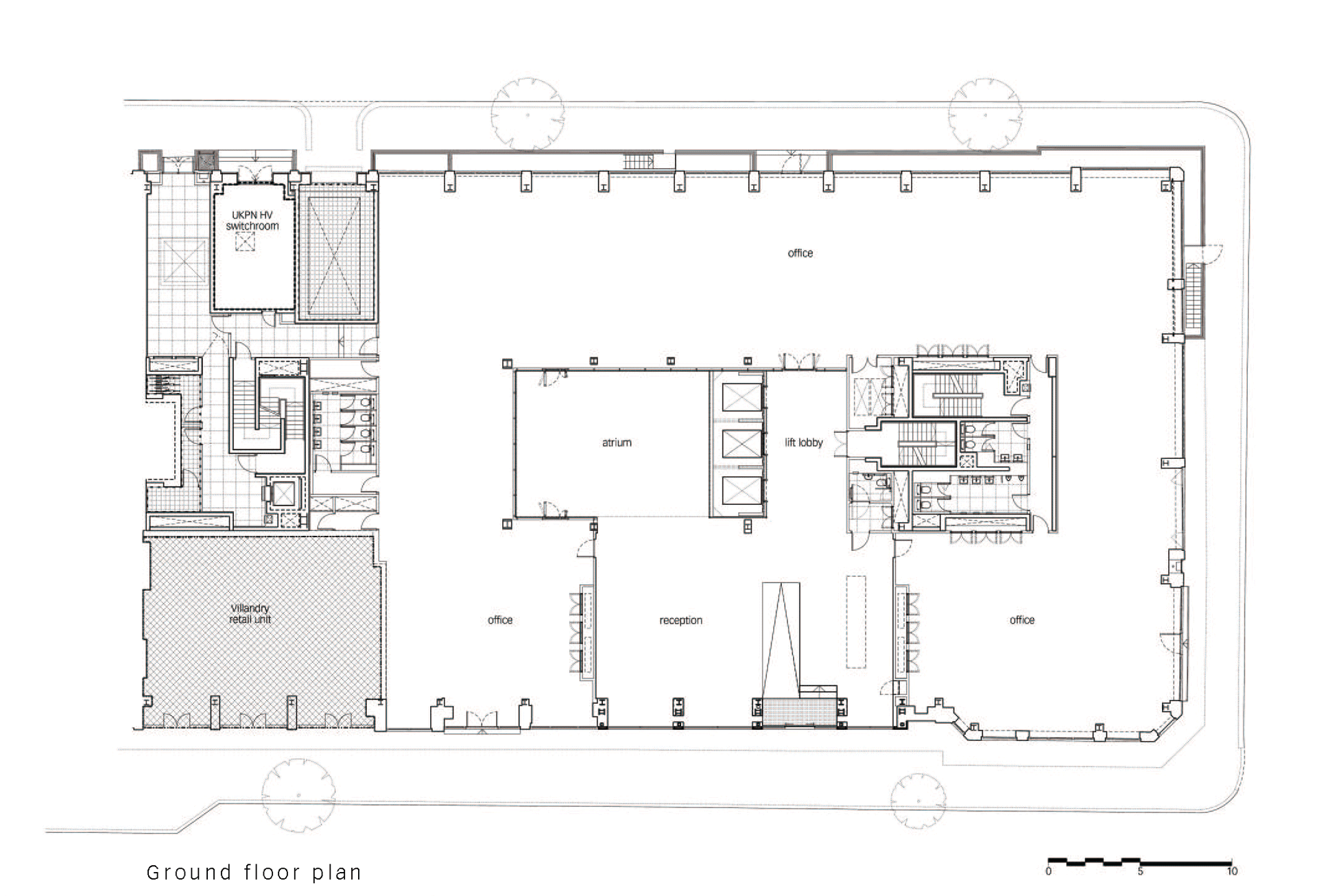