120 Moorgate represents Lifschutz Davidson Sandilands’ first building in the City of London. Sitting at a prominent curve in the street which marks the transition into the City from the north, the site forms an outer corner of the Finsbury Circus Conservation Area. 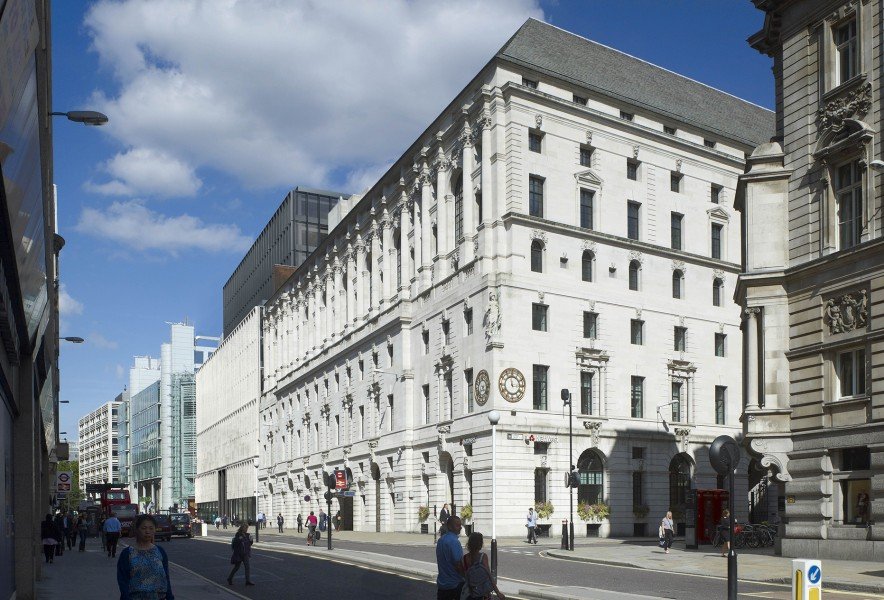 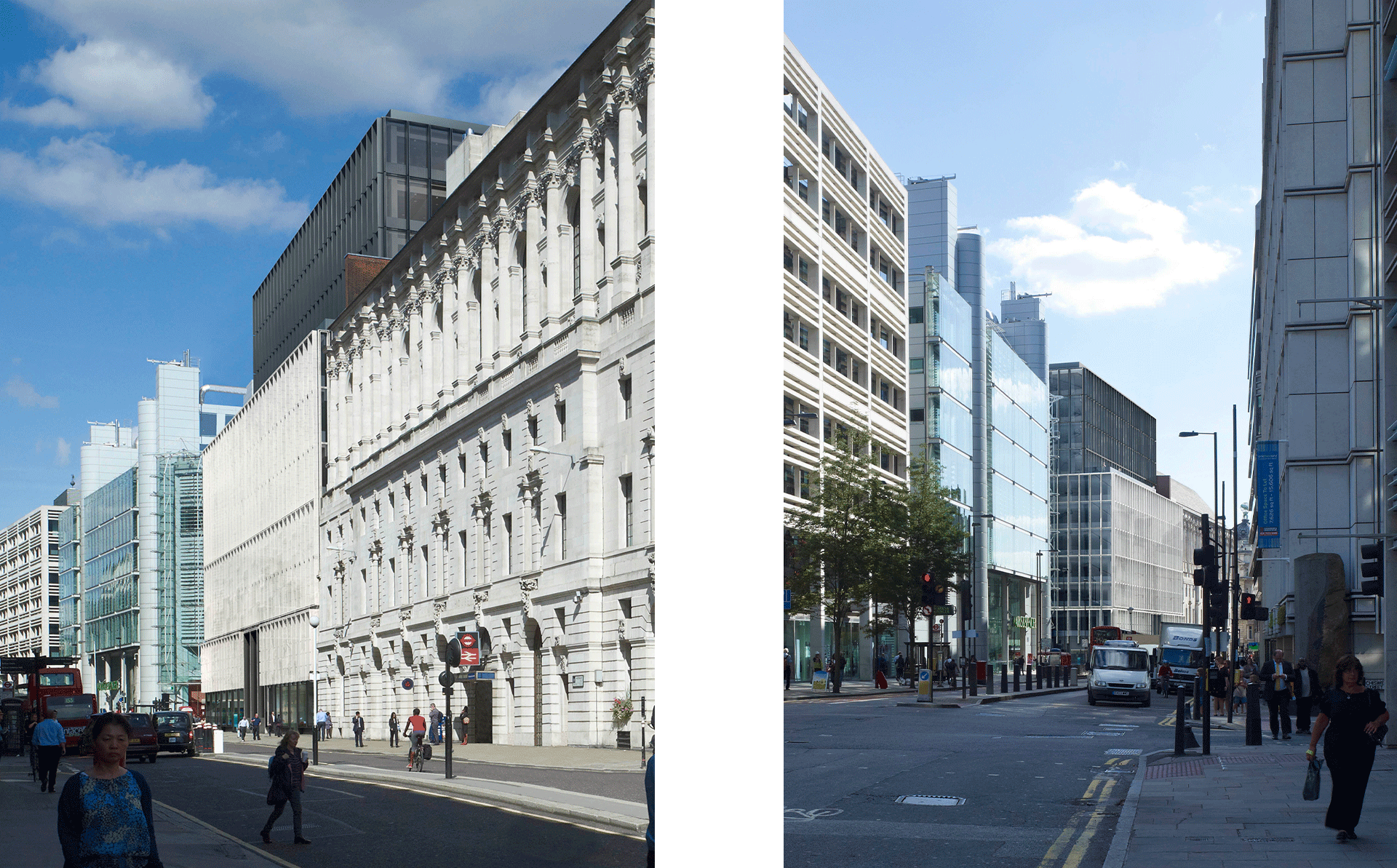 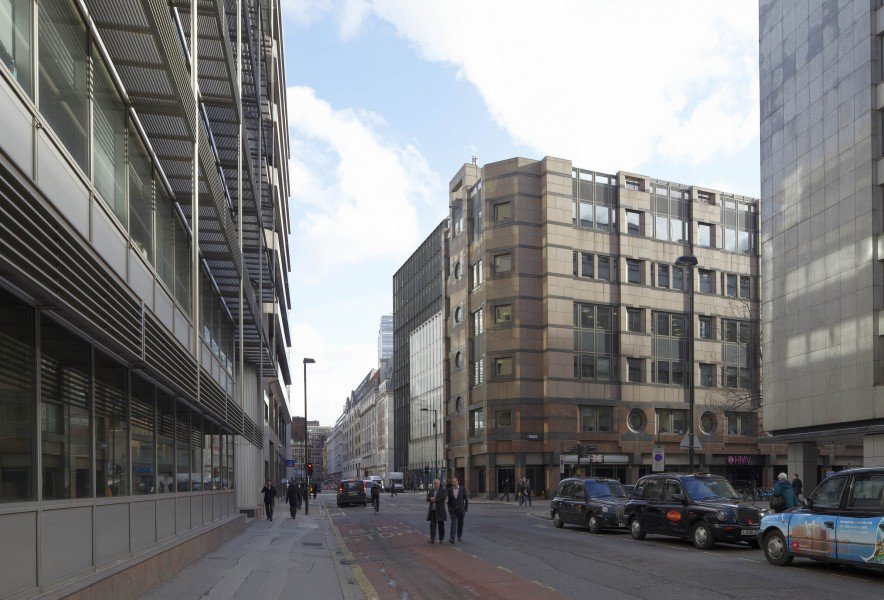 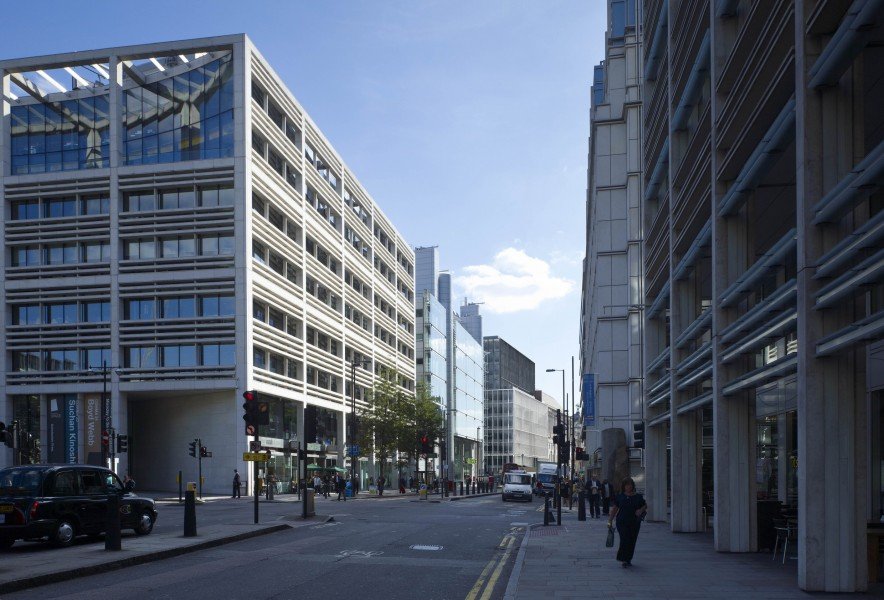 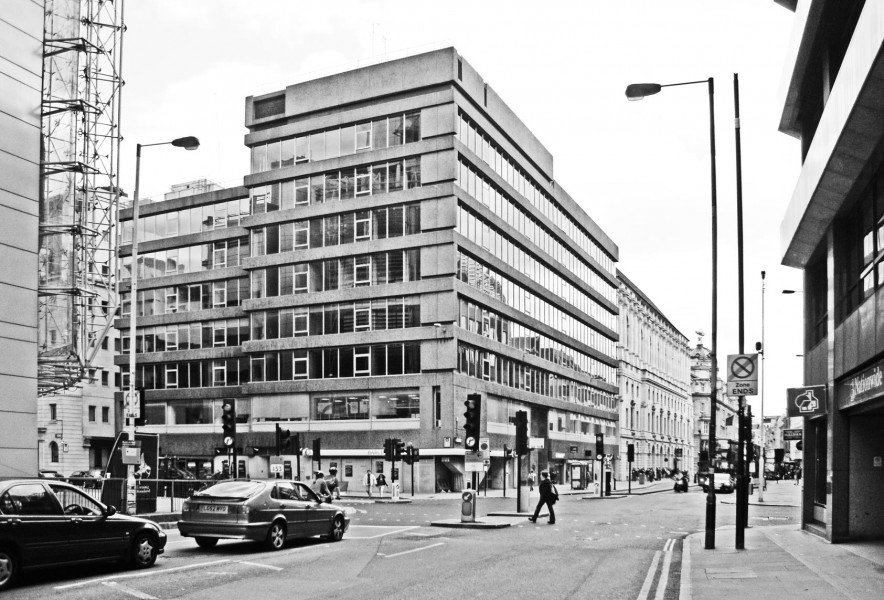 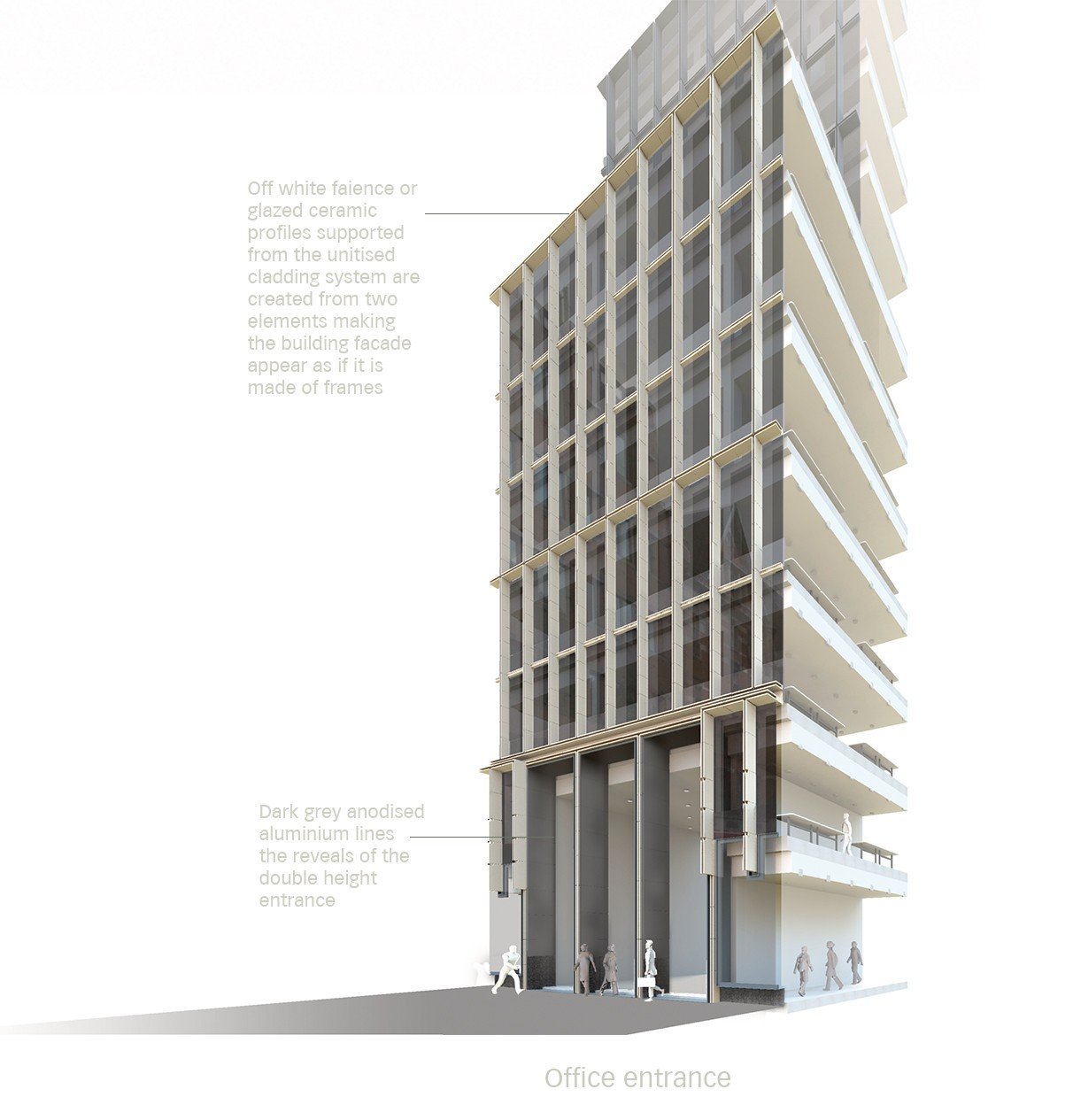 120 Moorgate represents Lifschutz Davidson Sandilands’ first building in the City of London. Sitting at a prominent curve in the street which marks the transition into the City from the north, the site forms an outer corner of the Finsbury Circus Conservation Area.

It replaces an undistinguished 1960s development with eight storeys of Grade-A office space and retail. Key considerations for client Redevco were: the building’s corner location; its immediate proximity to Lutyen’s Grade II* listed Britannic House; the impact on the wider context of the Finsbury Circus block and streetscape. The building is composed of two interlocking blocks expressed through scale and materiality and unified through the application of a 1.5 metre grid and a deep façade. Viewed in the oblique the architecture is a solid mass, while viewed directly the facades are open and light. The sense of movement is emphasised by the contrasting materiality – the front building is an irridescent off-white glazed ceramic while the rear is a crisp dark grey aluminium engineered façade.

The design balances the restoration of the scale and unity to the city block while adding some ‘drama’ to the corner. It responds directly to the adjacent Britannic House, with the grid expressed and recessed at key points so that datum lines marry with the heavily expressed base of Britannic House and the vertical elements to the top of the building. Internally flexible floorspace is maximised and an efficient facade, brown roof and consideration of ecology and landscaping to the terrace all contribute to the building’s BREEAM Excellent rating.

Planning permission was granted by the City of London in July 2011 and the building contributed to the practice’s Office Architect of the Year award from Building Design later that year. 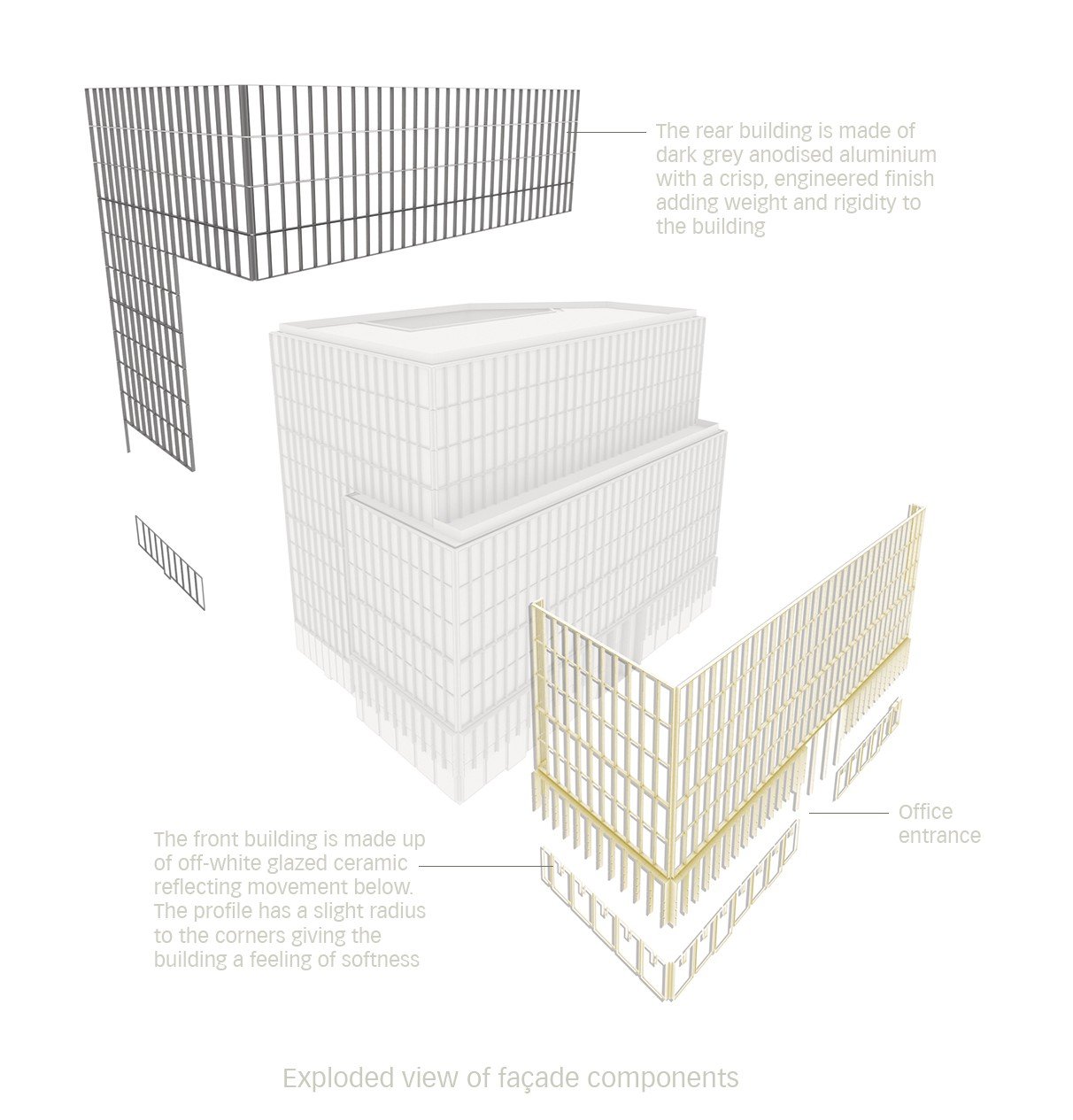 The Piper building was constructed in the 1950s for North Thames Gas and by 1995, despite its distinctive murals by artist John Piper, had become redundant. Careful investigation of the structure revealed a precast concrete frame without internal columns and exceptional floor to ceiling heights, on which the developer Baylight wished to capitalise.

Our brief was to provide a permanent yet modest new clubhouse and community facility that will act as a home for the club and allow the boys and girls to reach their full potential.