This masterplan for an exciting new area of London – “an exemplar for sustainable suburbs” – replaces the existing Ferrier Estate which was completed in 1972 and contained 1900 social housing units in concrete blocks. 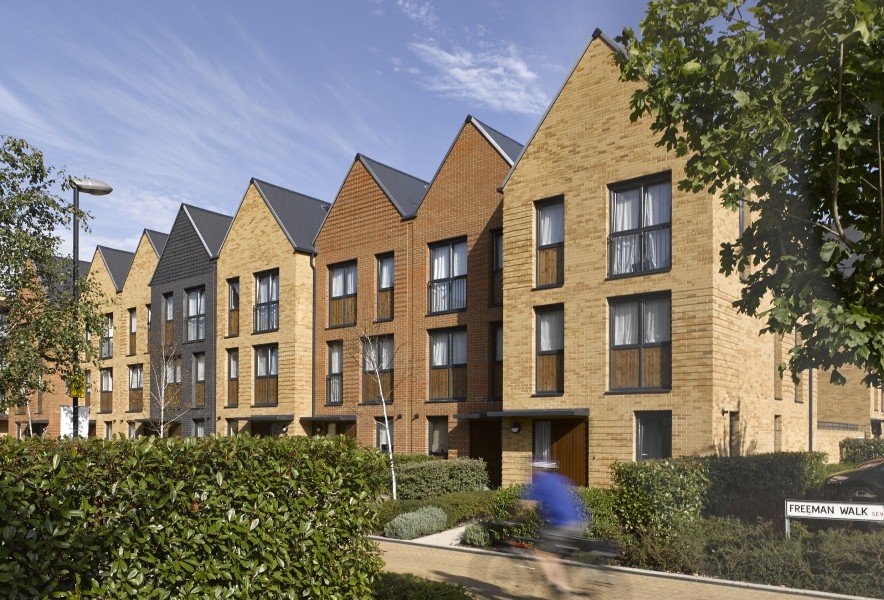 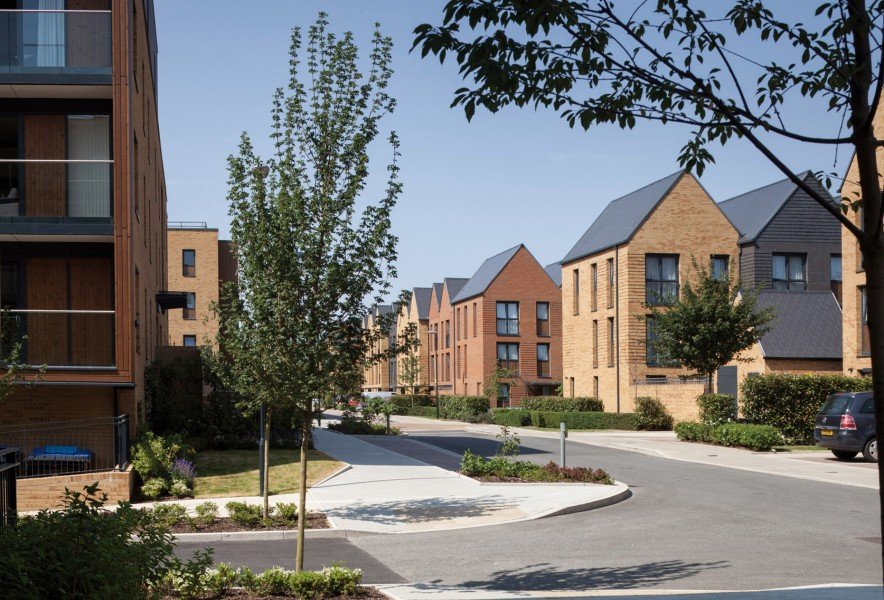 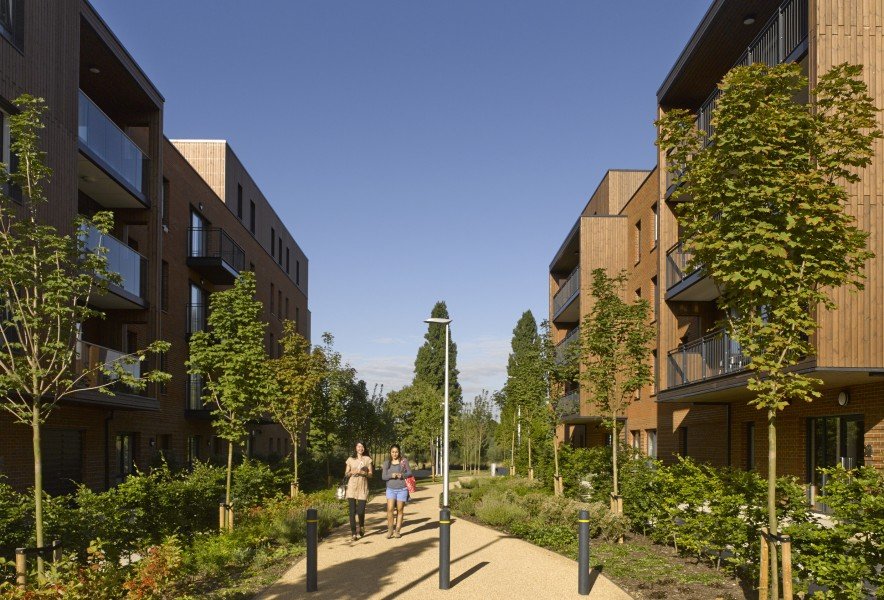 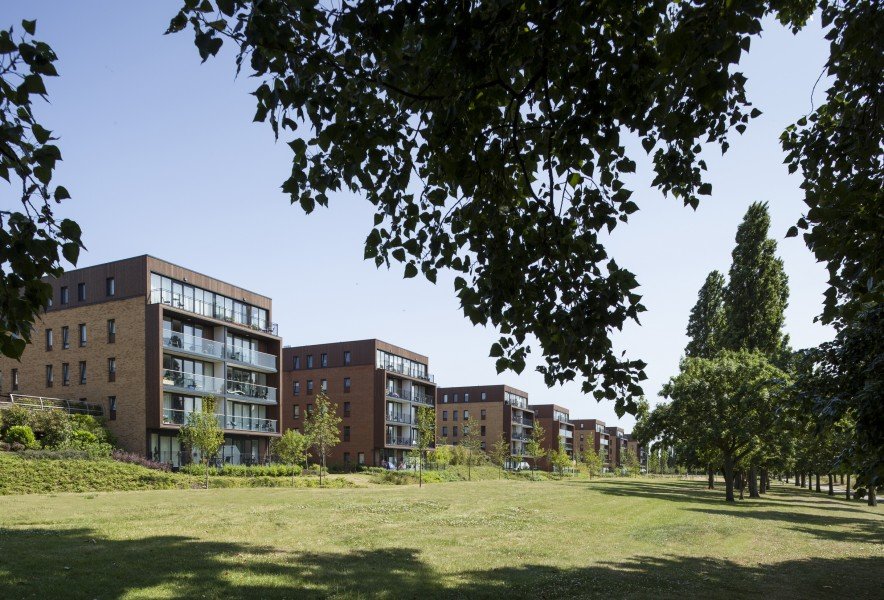 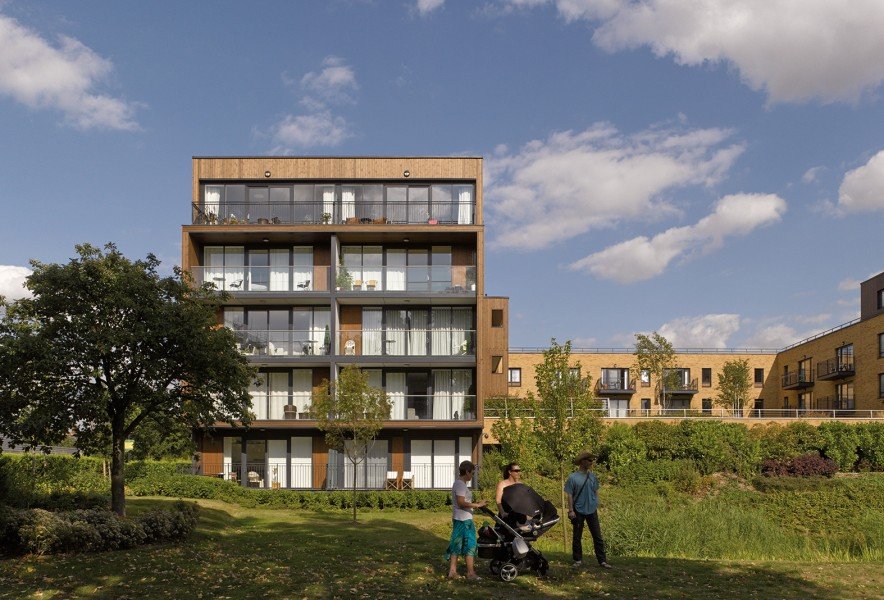 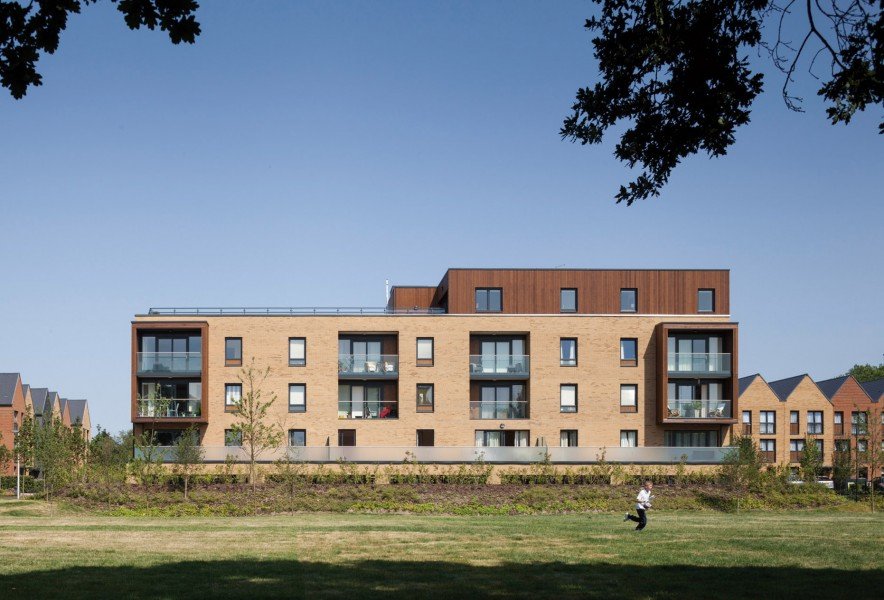 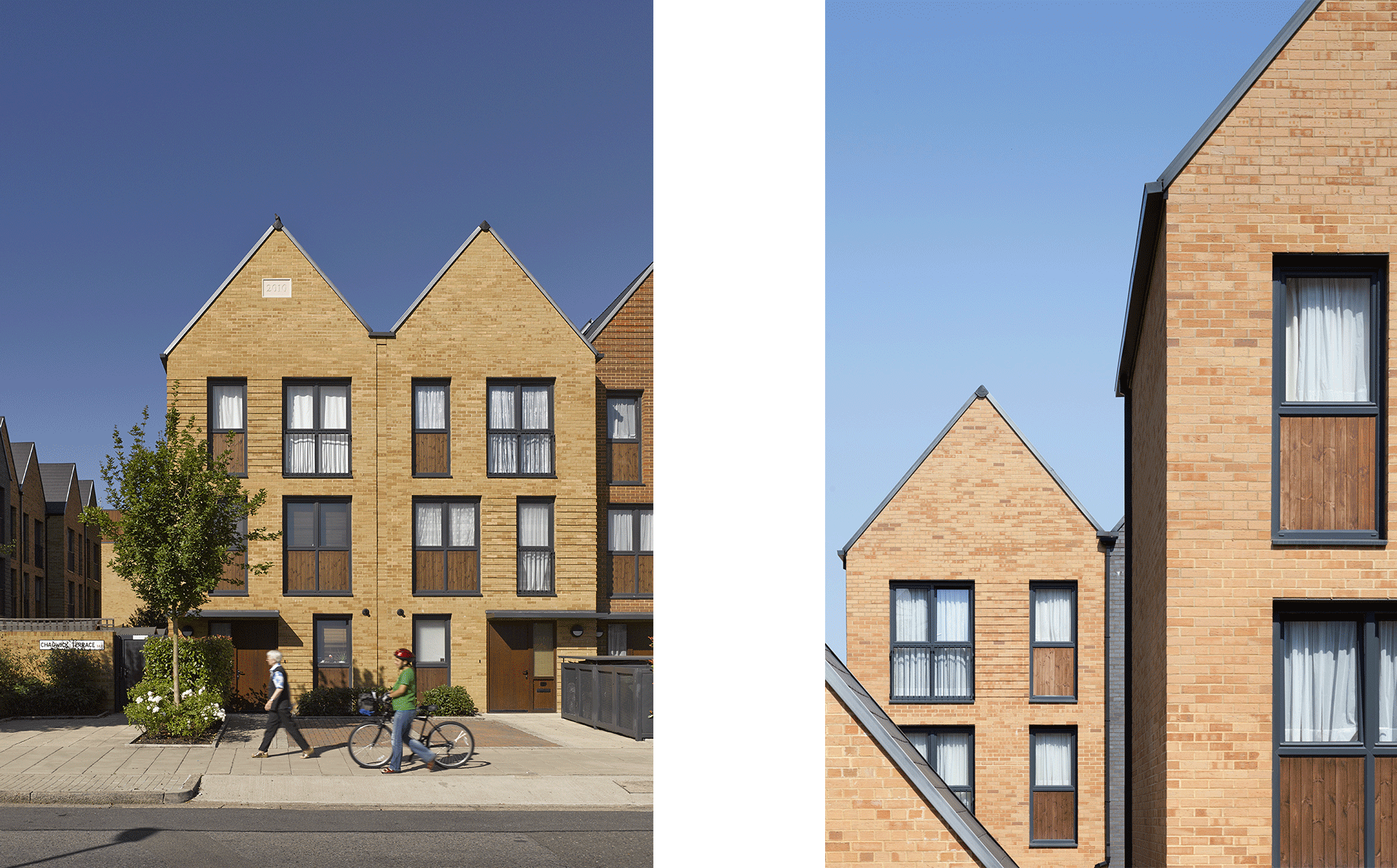 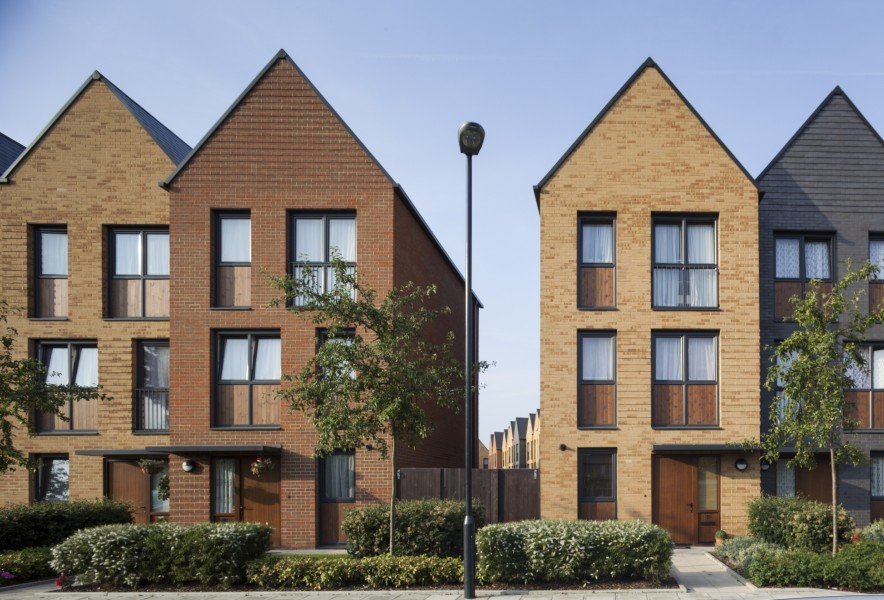 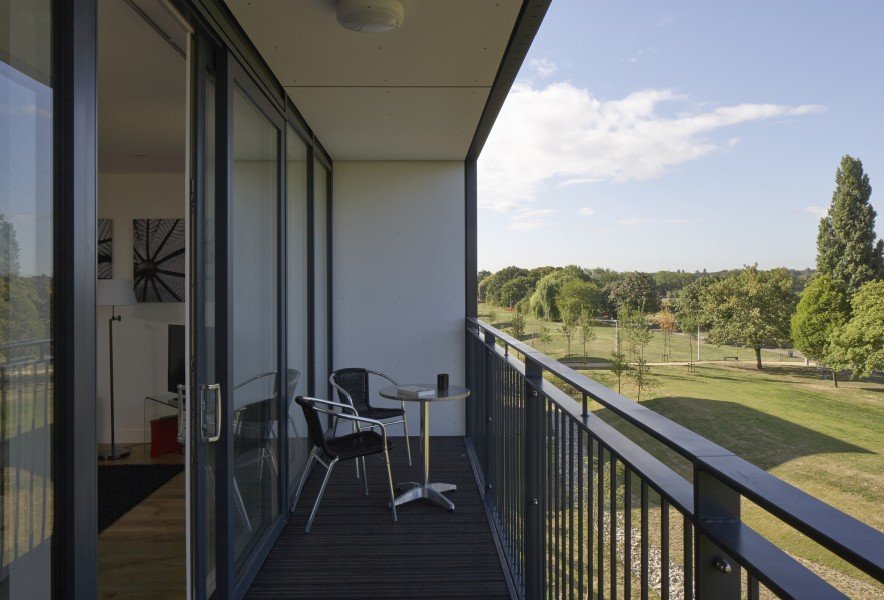 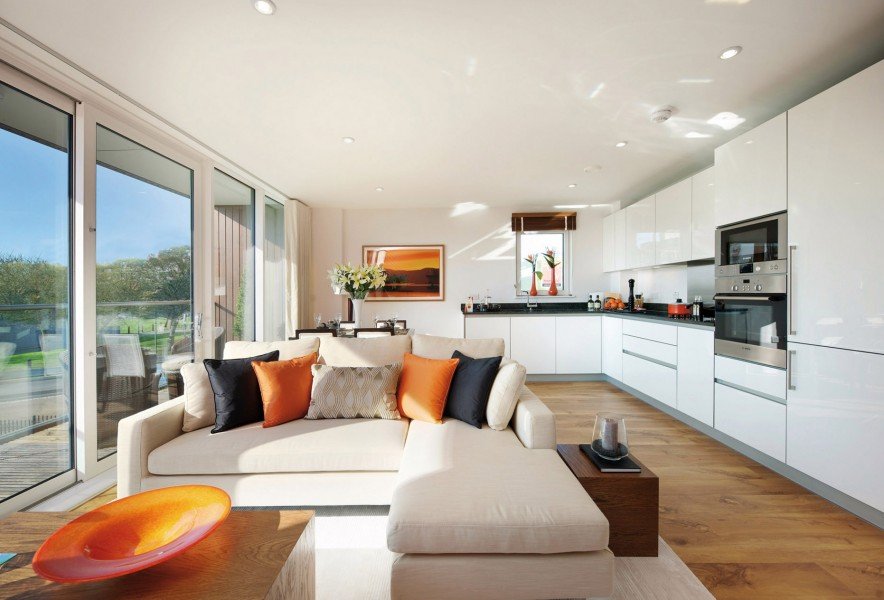 This masterplan for an exciting new area of London – “an exemplar for sustainable suburbs” – replaces the existing Ferrier Estate which was completed in 1972 and contained 1900 social housing units in concrete blocks.

Due to bad management and poor connectivity to the surrounding suburbs the estate fell into a state of serious physical and social disrepair. The development consists of 109 hectares of land and is located immediately to the east of Blackheath Park with Greenwich Park and the Royal Observatory beyond. The first phase of housing for the planning consent masterplan to be delivered is located at the south of the site overlooking Sutcliffe Park and the existing community along Eltham Green Road. This phase consists of four C-shaped apartment blocks fronting the park, three linear apartment blocks bounding the south of the site and the southern portion of the park, and two blocks of 3-storey terraced housing adjacent to Eltham Green Road.

The C-shaped blocks are arranged around a landscaped podium courtyard that opens out onto the park, and are carefully landscaped to create a visual connection between the private courtyards and the public park. The blocks are 4-storeys high with an additional ‘pop-up’ roof extension overlooking the park. The linear blocks to the south of the site and the terraced houses are each 3-storeys in height, creating a low-rise phase of development that is in keeping with the density principles of the masterplan. Phase 1 provides 449 units of mixed-tenure housing, including 80 units of new social housing, designed to sit comfortably between the existing suburban housing of Kidbrooke suburb and the market housing blocks of Phase 1, rehoming many of the families of the Ferrier Estate.

Establishing the masterplan and new homes as an extension to existing neighbourhoods rather than a separate estate renewal programme has been central to the area’s transformation from an isolated estate to a broader, thriving community. Berkeley Homes increased the proportion of affordable housing on the overall first phase to 50% from a site average of 38% and invested heavily in the public realm and landscaping to create an immediate ‘quality of place’ for the first residents. The three-storey terraced houses with traditional pitched roofs are arranged ‘back-to-back’, providing secure perimeters to two squares.

To provide interest and articulation to the streets houses are paired, with every other pair set back from the street frontage and varied brick. A break between every fourth house provides a side access to the back gardens. The form presents a recognisable typology, familiar but with modern amenity and comfort. They were immediately popular with residents and neighbours alike. The first houses were completed in July 2010 and all 80 were handed over to the registered social landlord by December 2010 and represent the first occupied accommodation at the new Kidbrooke Village. In July 2013 a report was launched which puts forward the scheme as a benchmark for social sustainability in London.

Lifschutz Davidson Sandilands has a major role at Kidbrooke, designing the masterplan, Phase 1 and Phase 3, as well as acting in a design stewardship role for the other phases. 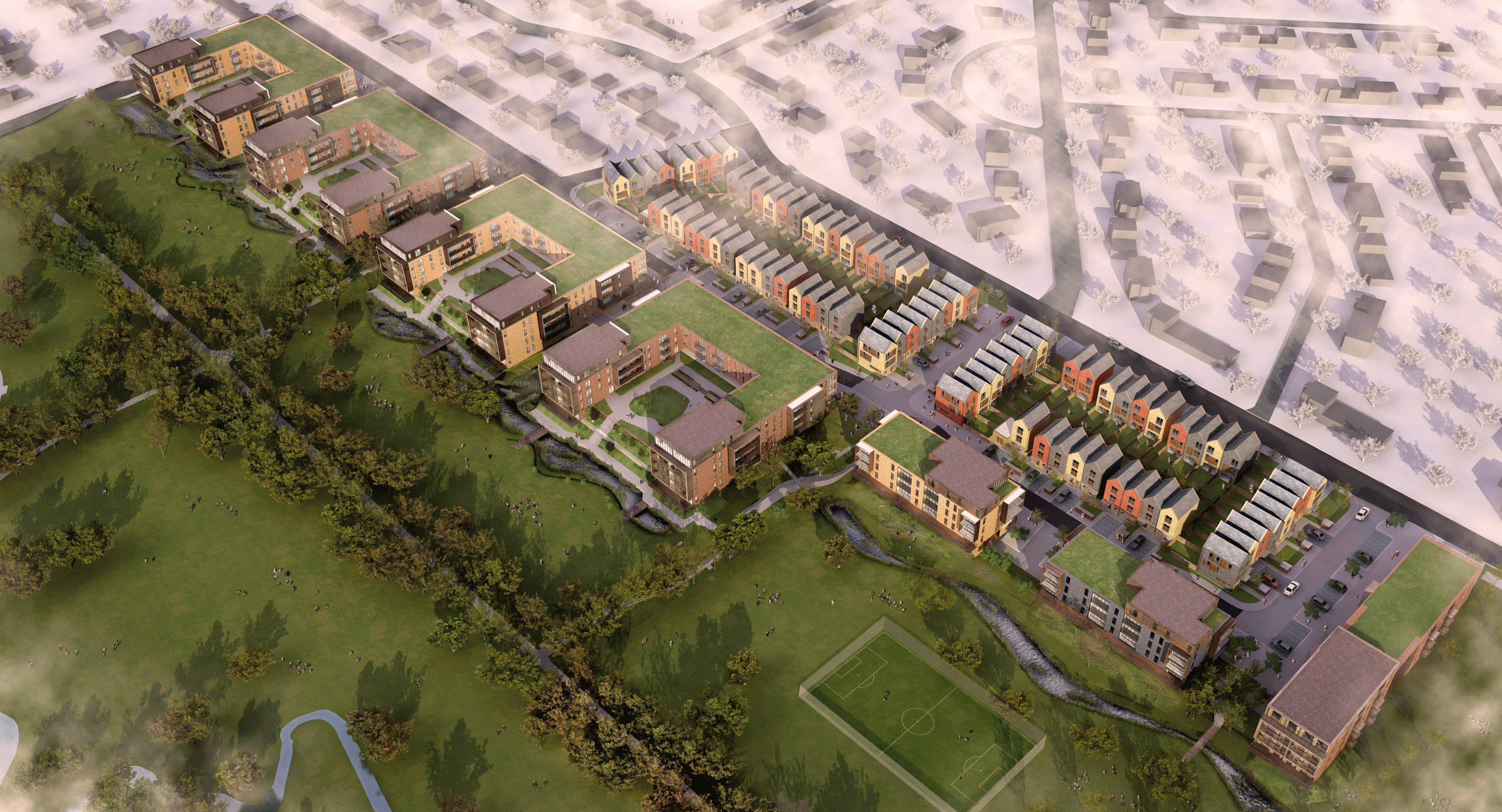