Completed in 1995, Broadwall Housing is an award-winning affordable housing scheme built for Coin Street Community Builders that provides a model for both community-led urban regeneration and flexible living. 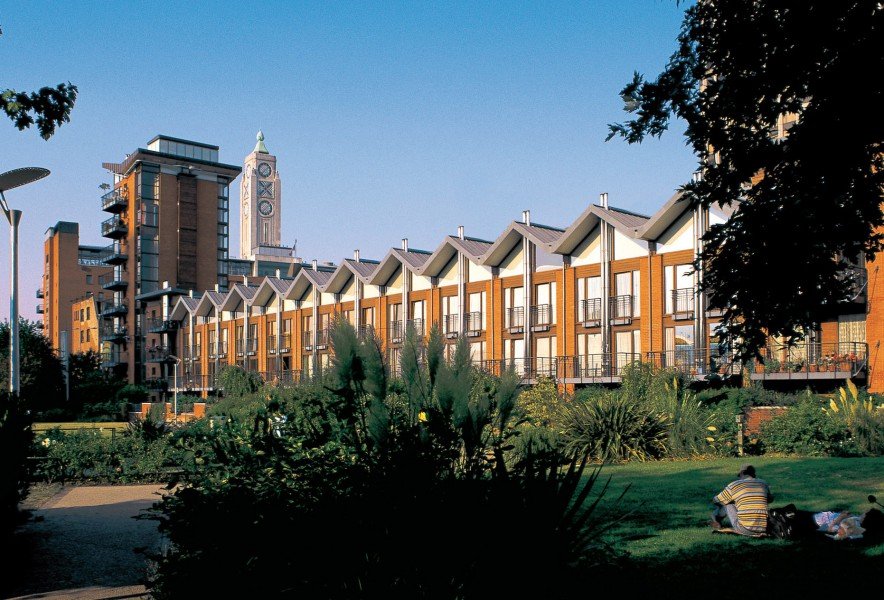 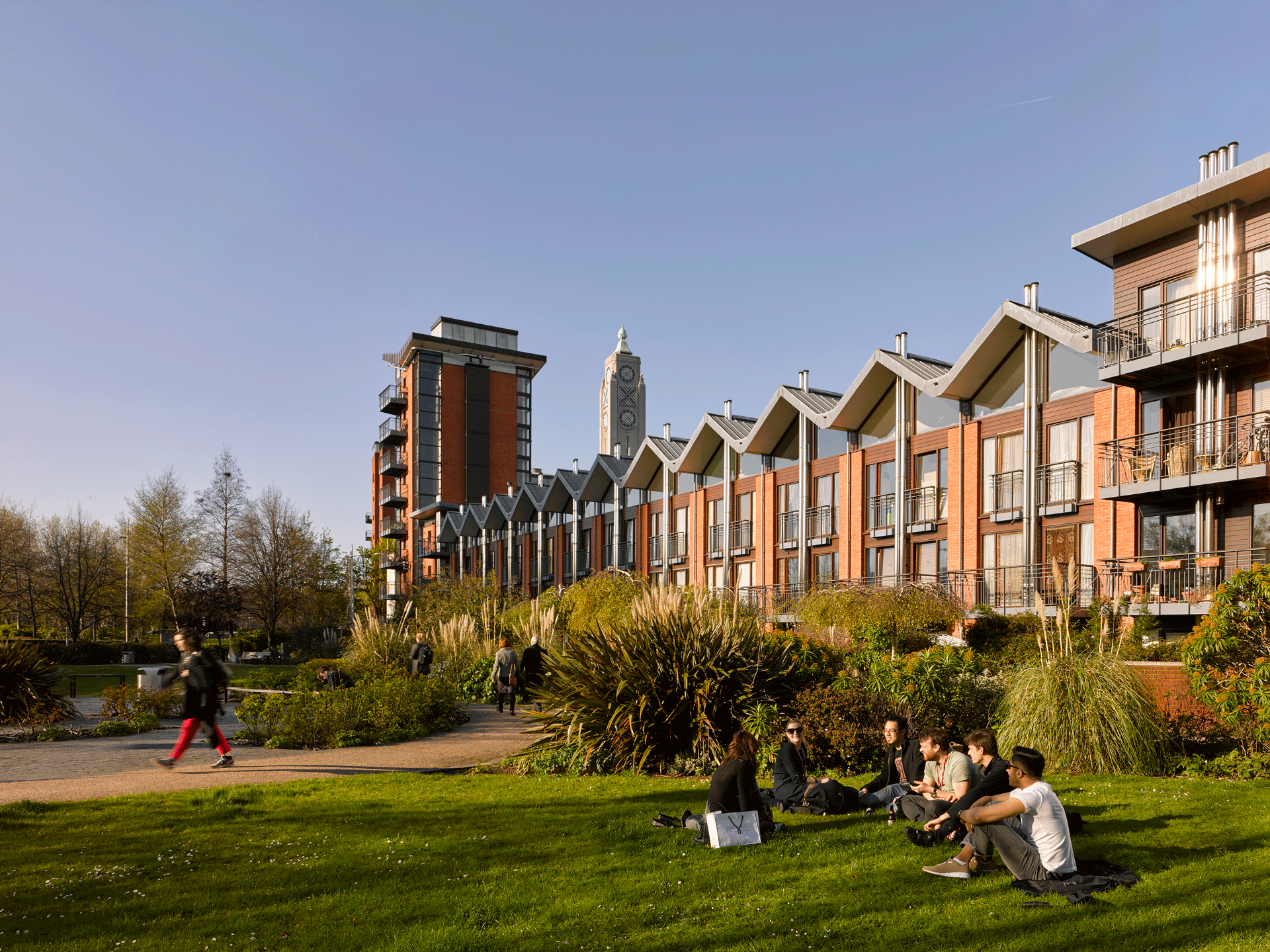 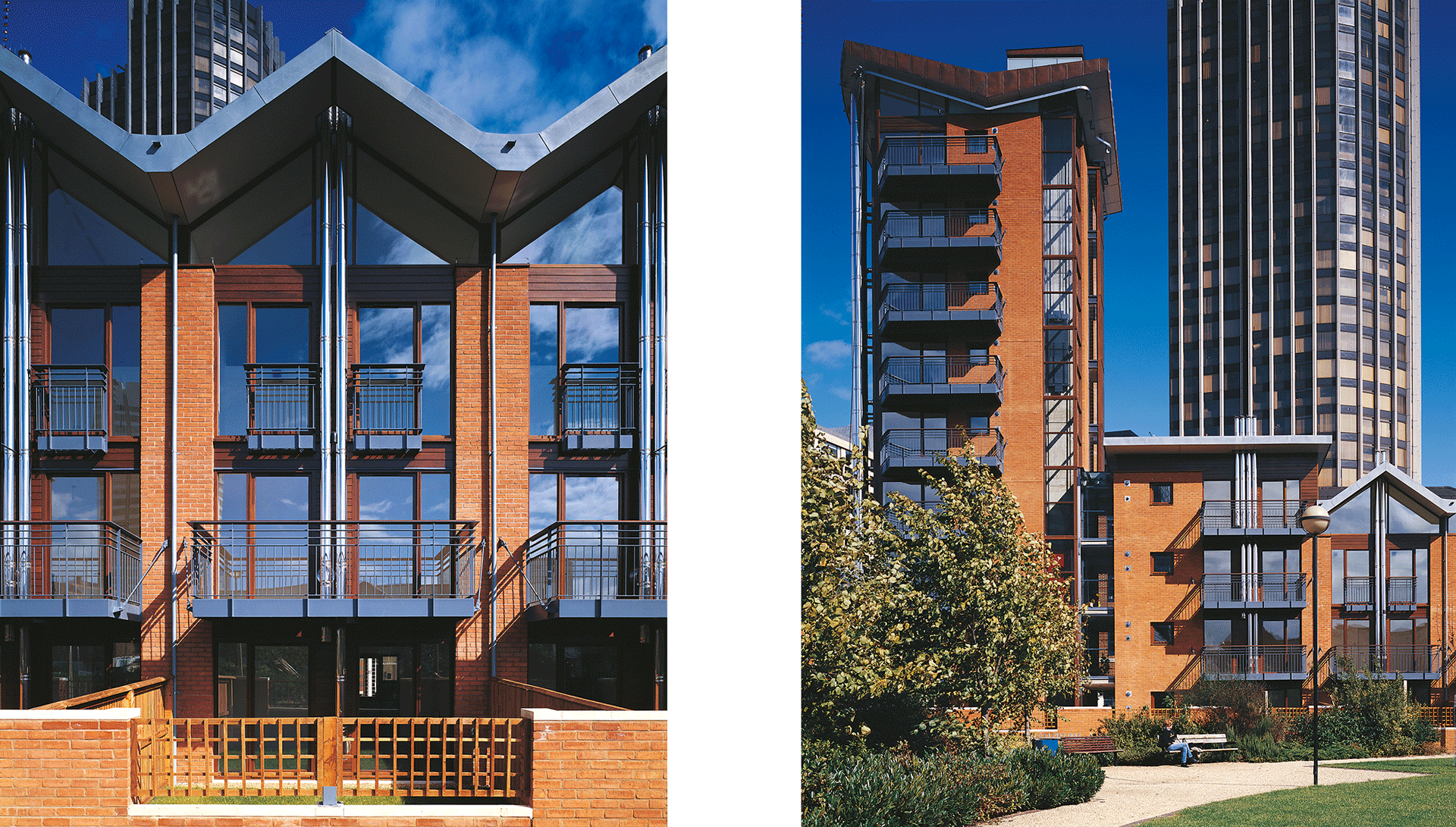 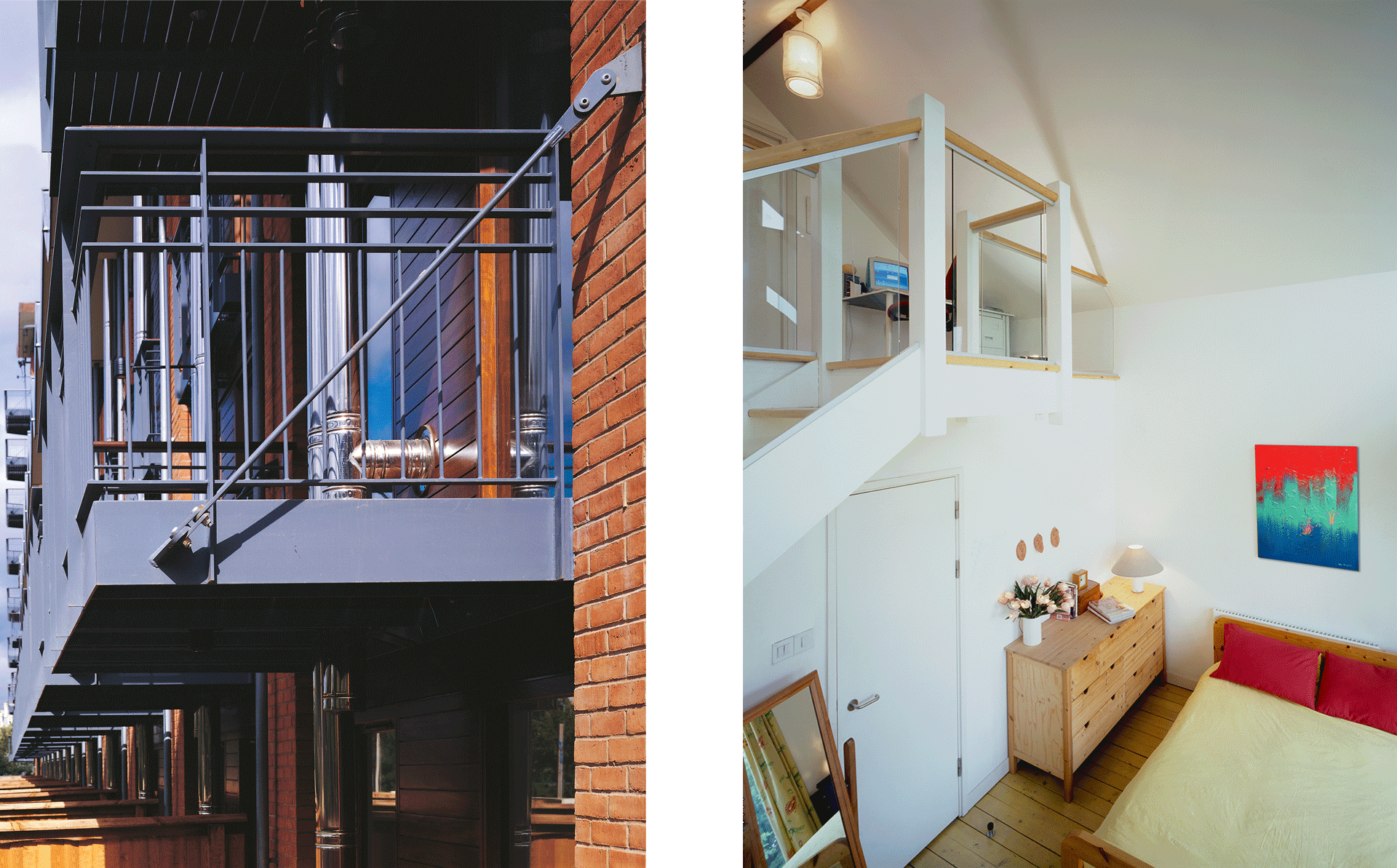 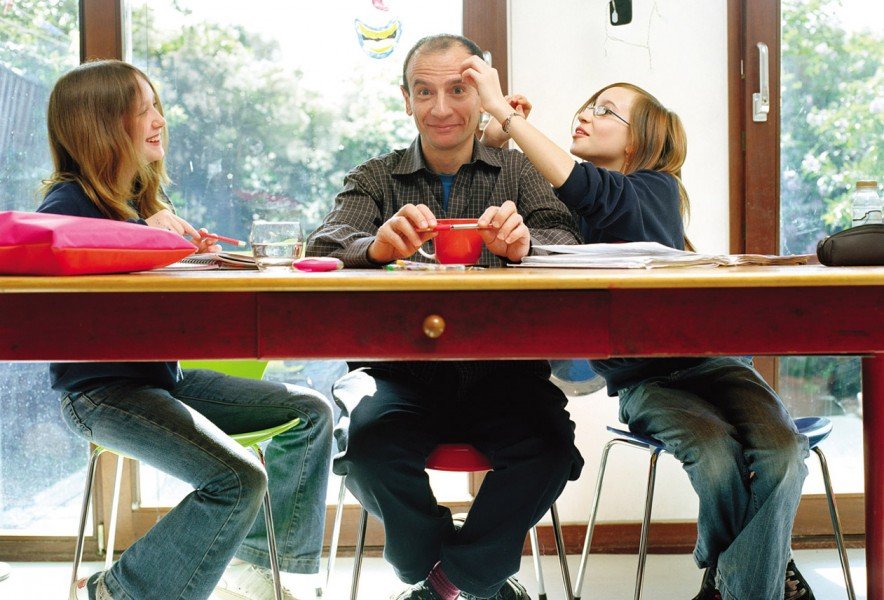 Completed in 1995, Broadwall Housing is an award-winning affordable housing scheme built for Coin Street Community Builders that provides a model for both community-led urban regeneration and flexible living.

It is hard to believe now, but in the early 1990’s the South Bank was bleak and unattractive. Today it is a thriving neighbourhood, thanks to the work of the pioneering social enterprise, Coin Street Community Builders. We won the competition set by them to develop Broadwall Housing (AKA Palm Housing Co-operative), consisting of 11 family houses with gardens, 5 two-bedroom flats and 10 one-bedroom flats, and began a relationship with the community that has continued to this day.

Key to the scheme’s success was our initial work with tenants to understand the issues that were important to them. These included having an identifiable and robust home and the flexibility to accommodate changing circumstances. Our commitment to people-centred design that is built for change led to the creation of “long-life, loose-fit” houses with sub-divisible living rooms at ground and first floor levels and gallery loft space for yet further expansion. Gabled roofs give each house a clear identity, and the pitched roof provides loft storage on the street side and a double height top storey on the park side. The façades of the houses and flats are more closed on the street to maintain privacy and sound insulation. On the west side, extensive areas of glazing take full advantage of the views and maintain a feeling of openness with the park.

A key feature of the masterplan is the pencil tower of nine storeys on the north of the terrace. This contains eight single-bed apartments with stairs and lifts shared with the neighbouring apartment building. The tower provides a distinctive and slender landmark, one of many iconic schemes that celebrates the grass roots activism and excellence achieved by the community on the South Bank. The materials chosen for the façades have improved with age and weathered gracefully. Brick forms part of the facade and Iroko hardwood is used for window frames and areas of weather boarding. The roofs of the houses and low-rise flats are of pre-patinated zinc and that of the tower, like many landmark buildings on the river bank, is in copper.

The scheme is entirely rented and each tenant is a member of the cooperative that manages the buildings and is responsible for periodic maintenance. The winner of a number of top awards, including Royal Fine Art Commission & Sunday Times building of the Year Award 1995, the homes continue to accommodate the changing needs of their residents, and demonstrate how architecture that is built for change empowers people to create their own success. 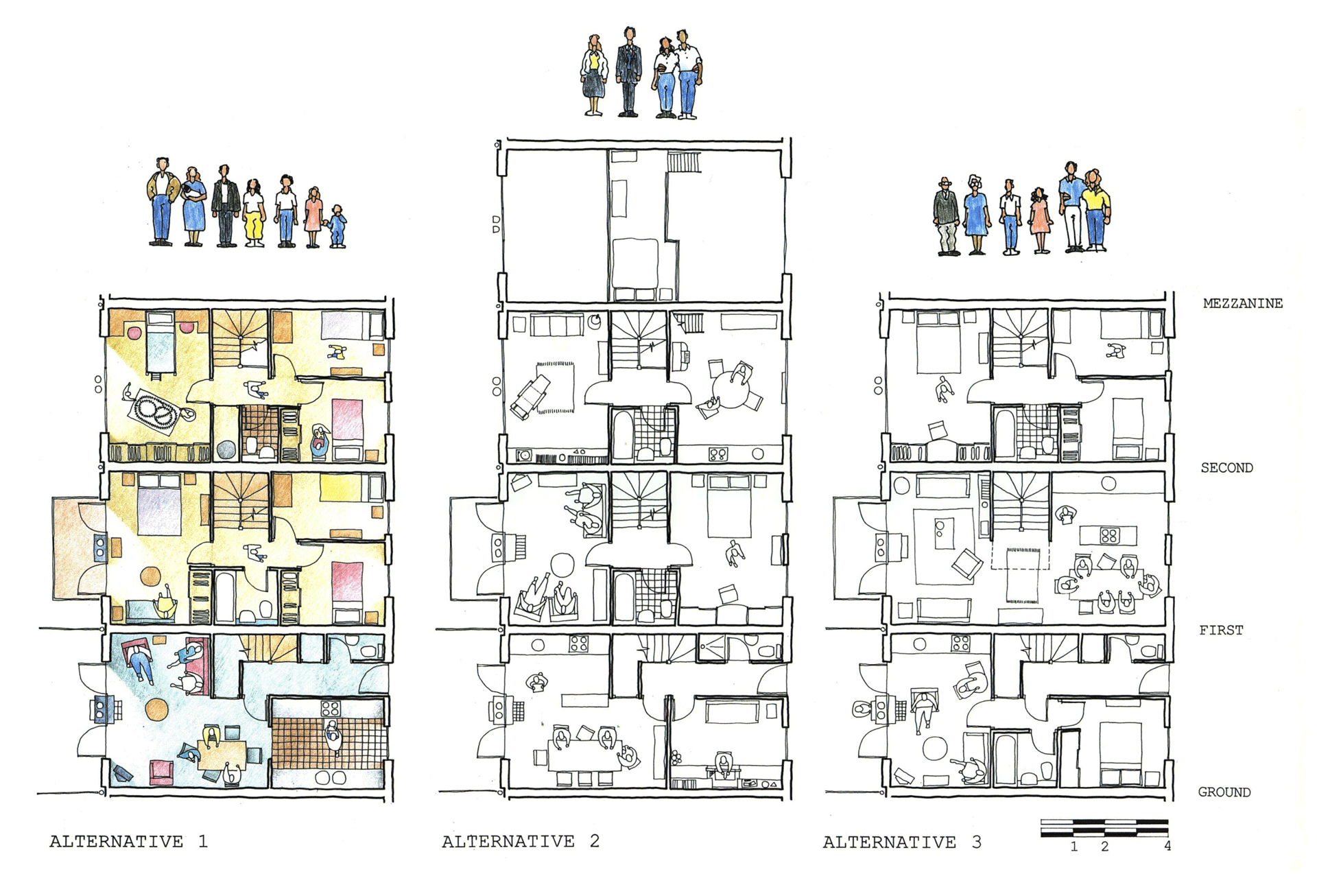