A mixed-use development on the site of the former Middlesex Hospital that successfully creates the first civic space in this part of the city for nearly a century. 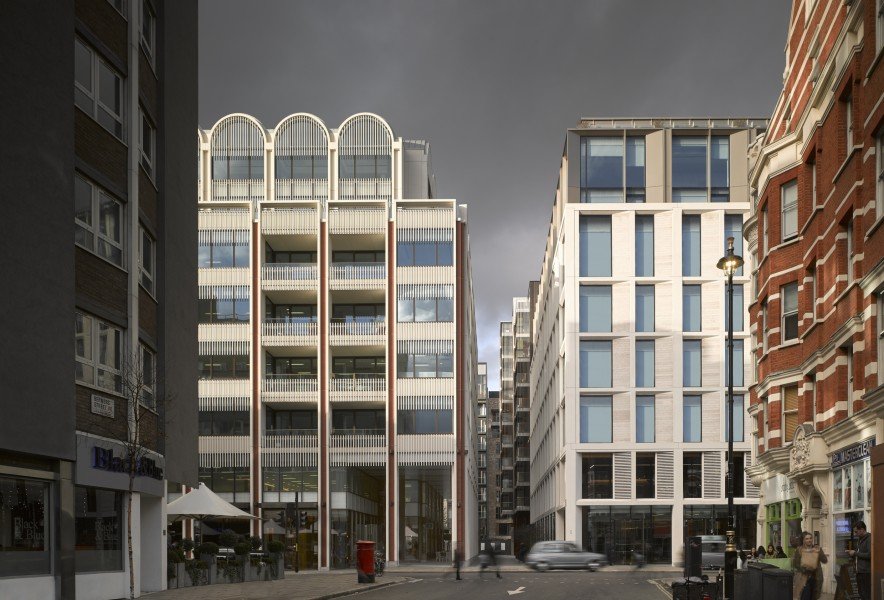 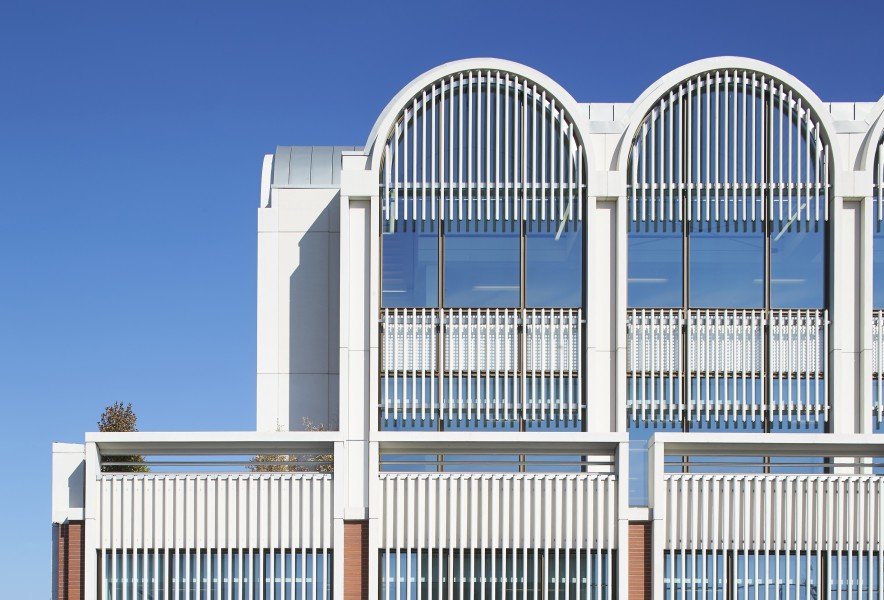 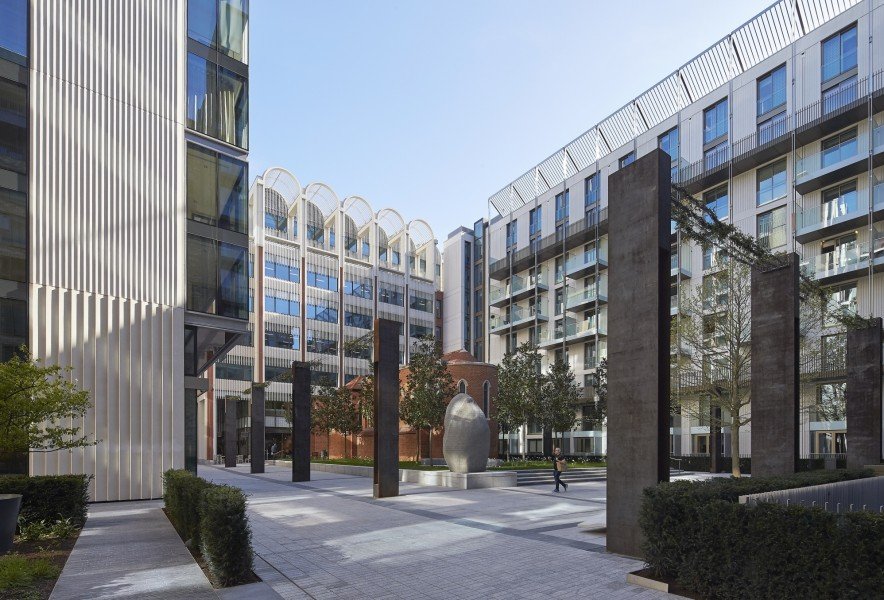 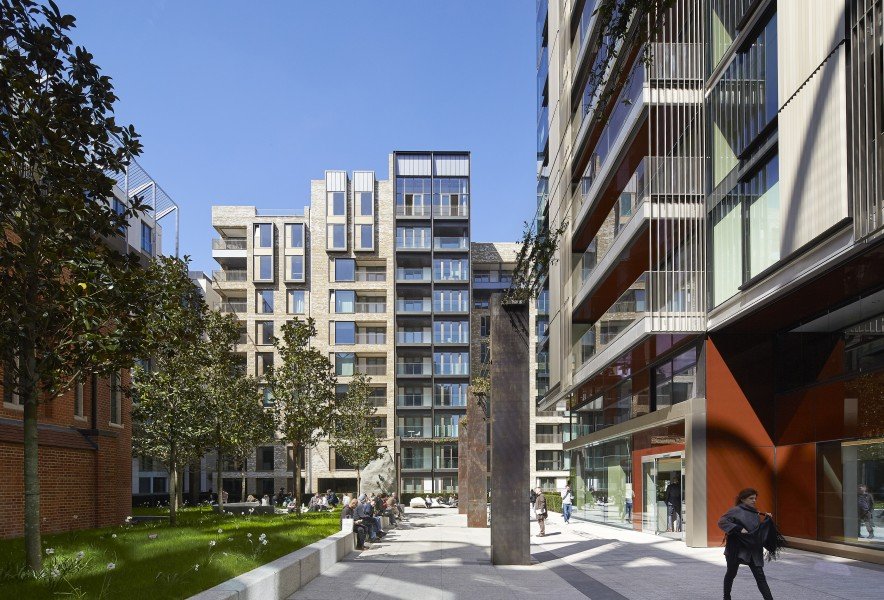 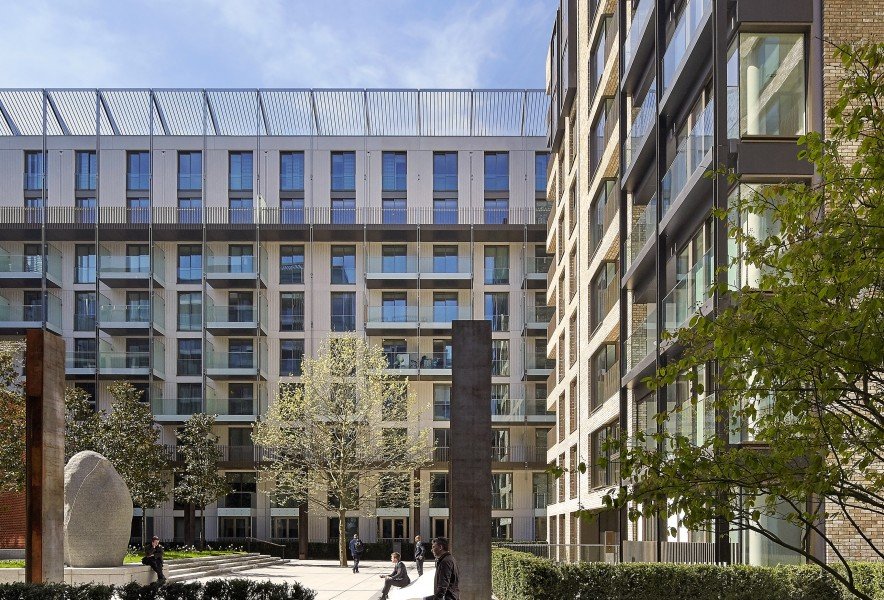 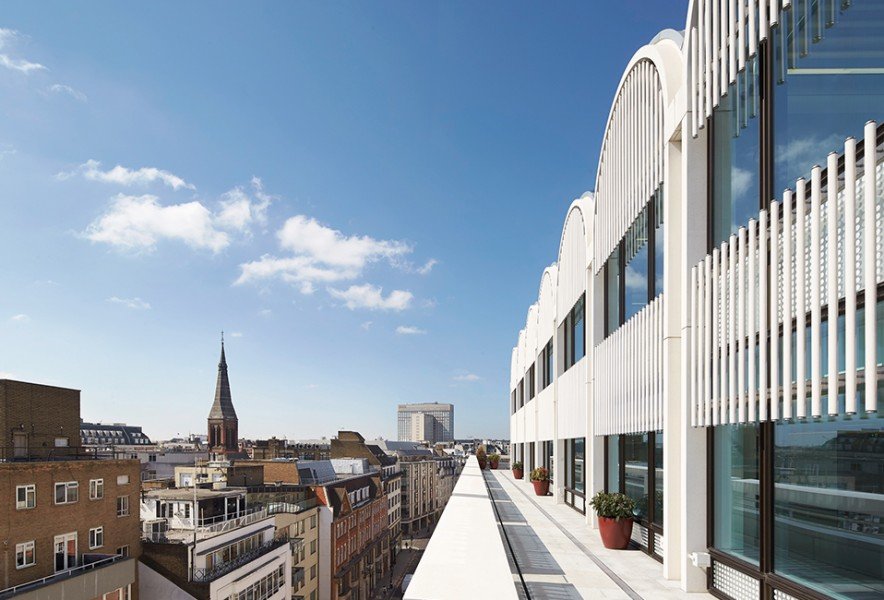 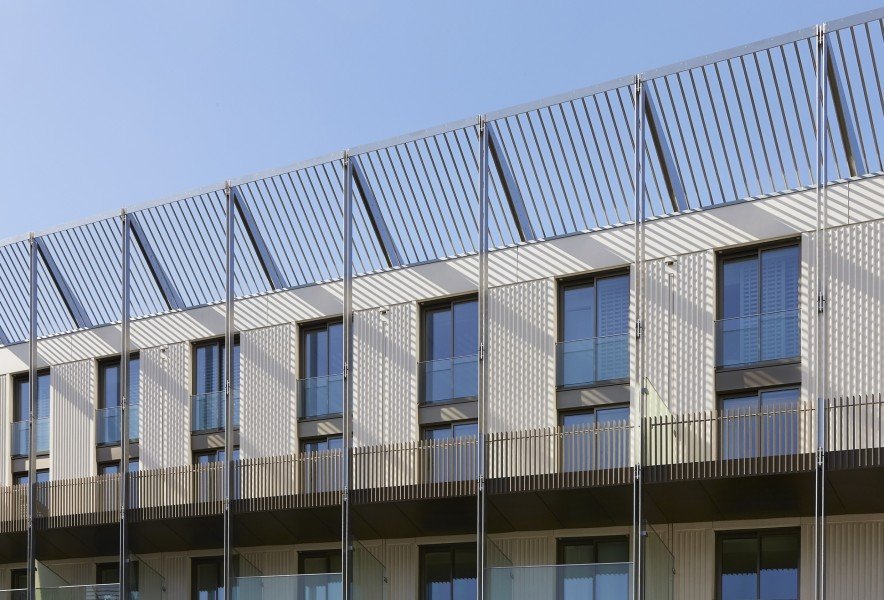 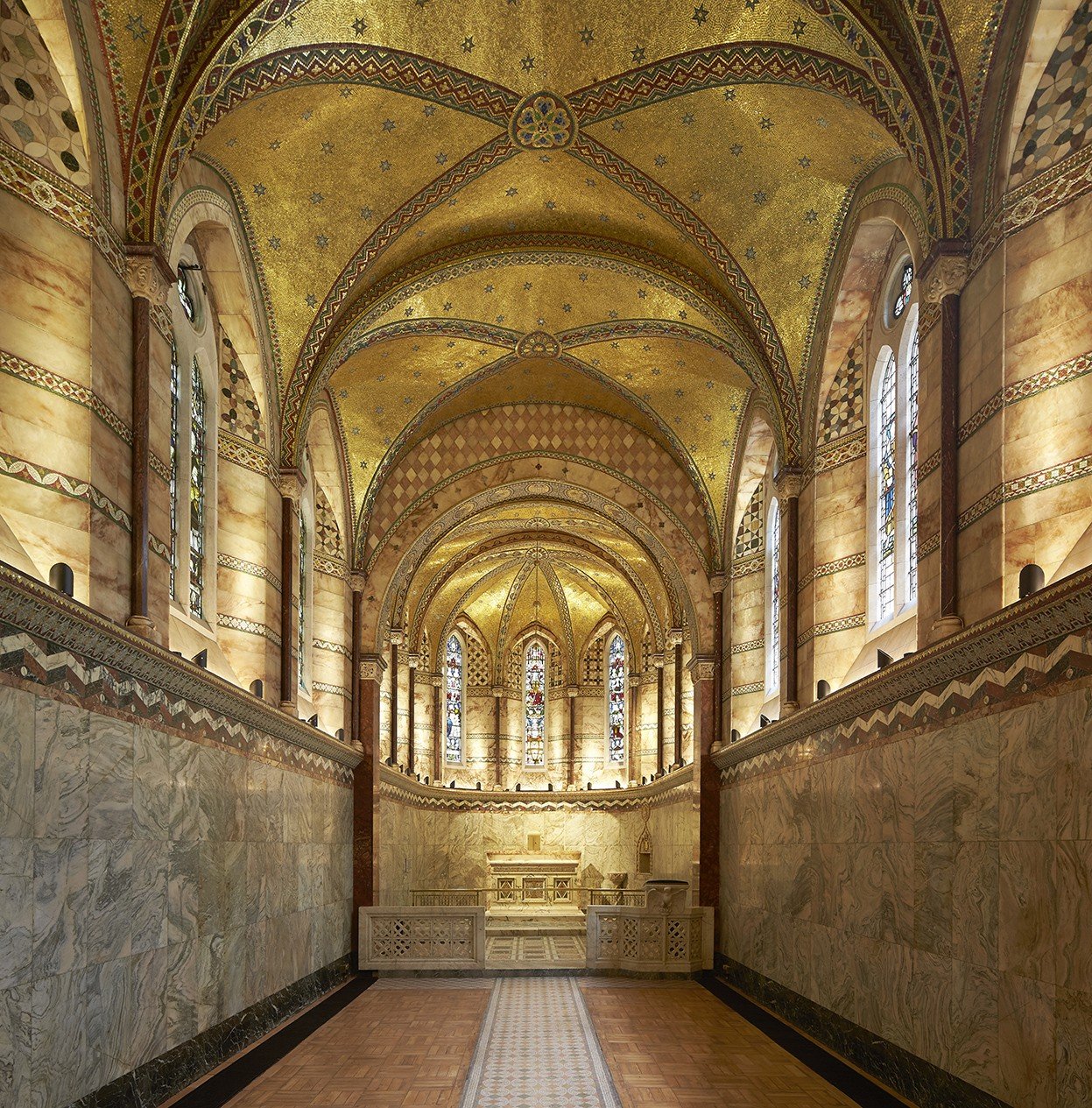 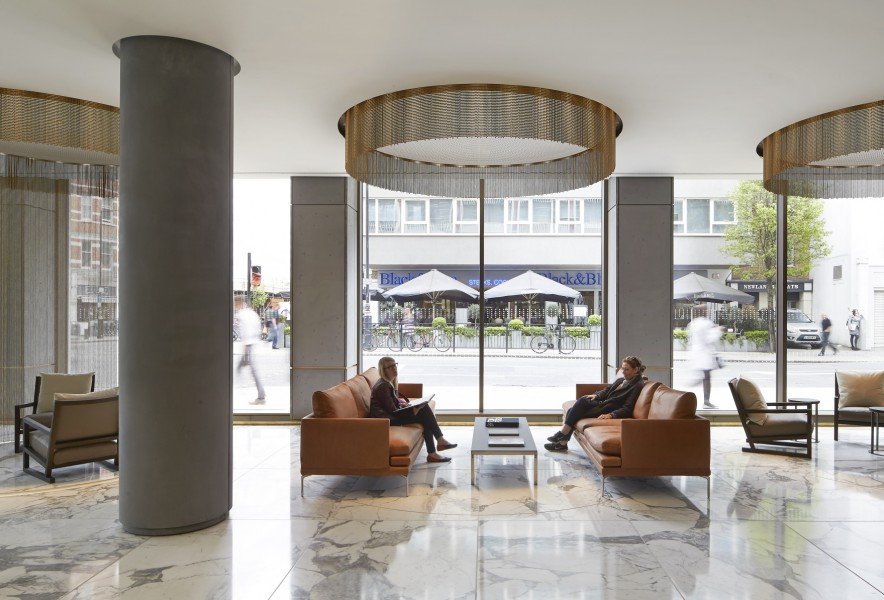 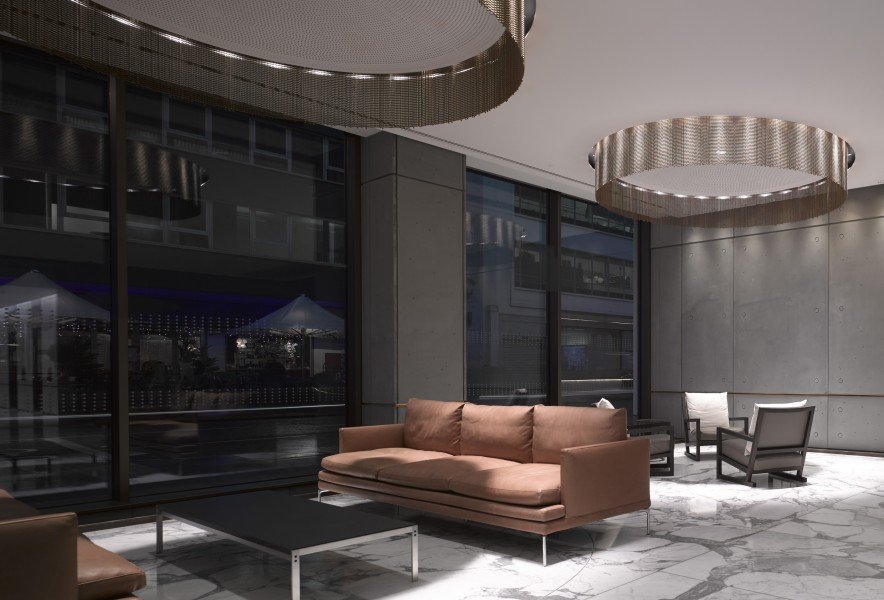 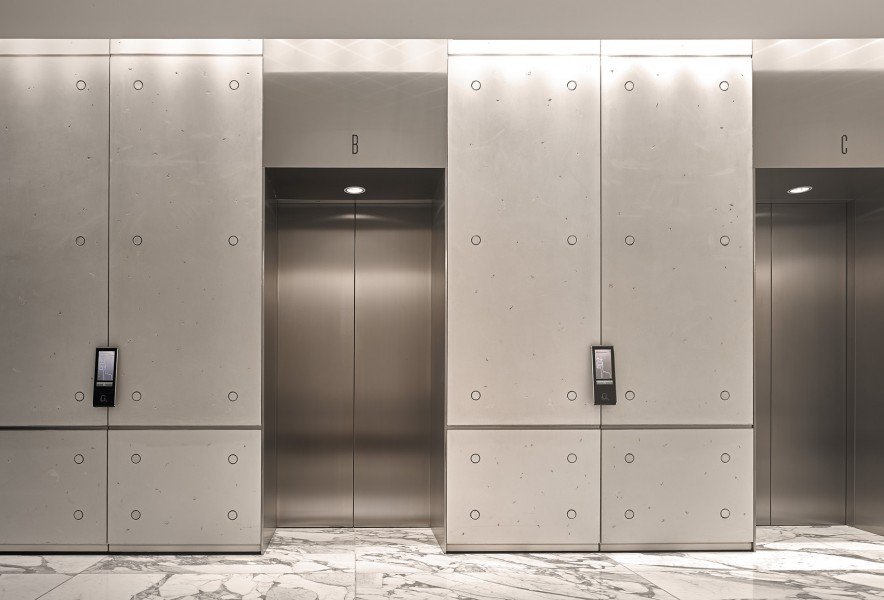 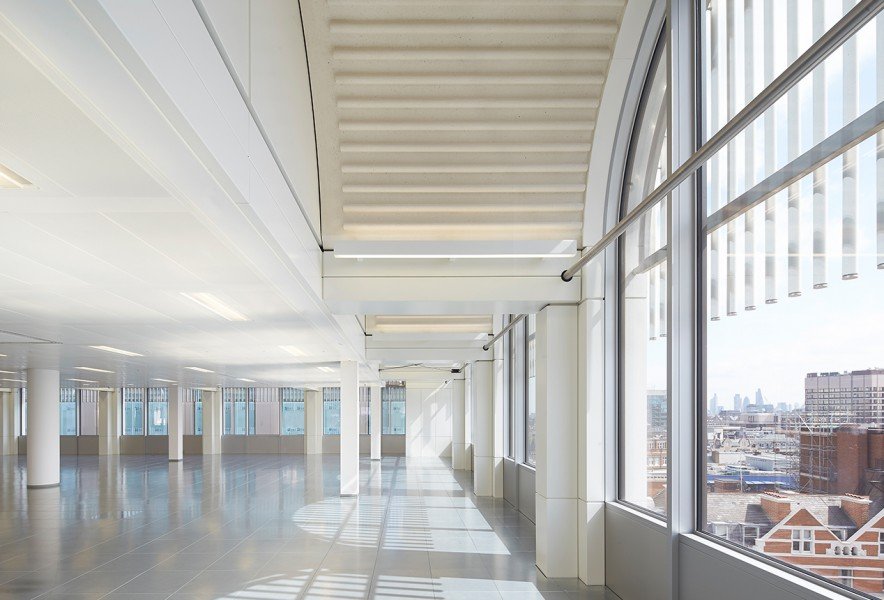 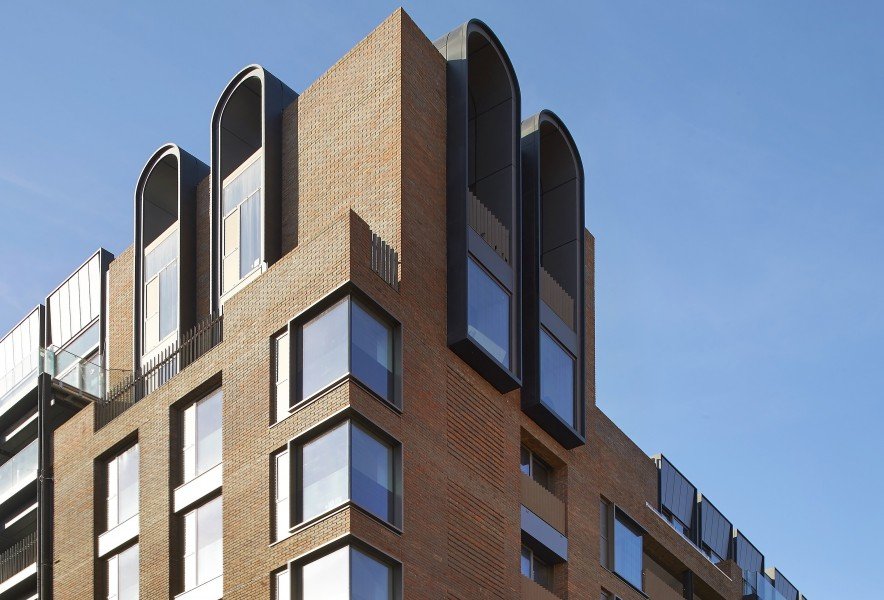 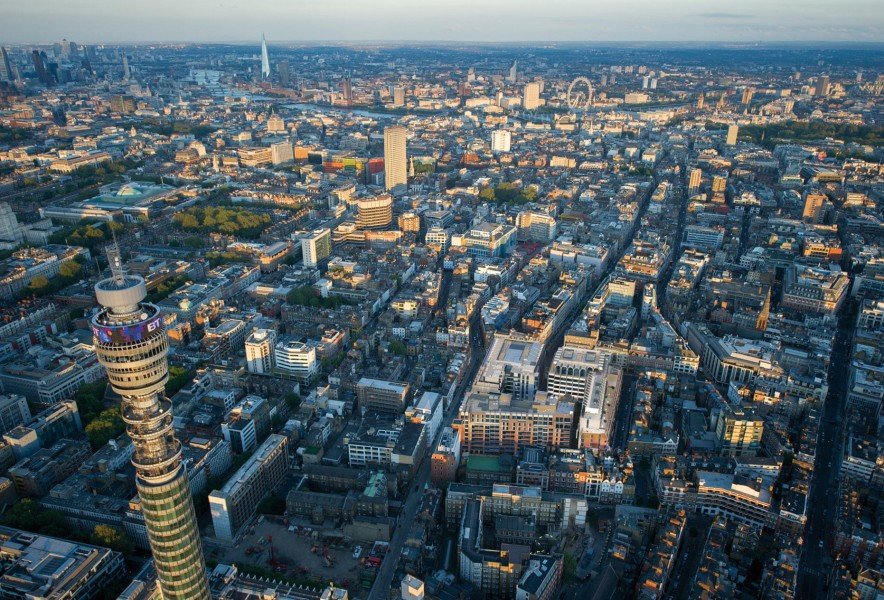 A mixed-use development on the site of the former Middlesex Hospital that successfully creates the first civic space in this part of the city for nearly a century.

What defines the success of an architectural project? Profits? Awards? Somewhere that someone is proud to work in or call home? Fitzroy Place, a mixed-use scheme in central London, ticks all of these boxes, but its real success lies in something less tangible: the feeling you get when you walk through the busy streets of Fitzrovia and arrive to find an entirely new and unexpected piece of London.

As the former home of the busy Middlesex Hospital, the site had always been the heart of the neighbourhood, but the hospital’s closure in 2005 led to a failed plan to develop it into luxury flats, before the site was purchased by Exemplar Properties and Aviva Investors in 2010. We were appointed along with Sheppard Robson to provide fresh thinking and to prepare new designs for a ‘family’ of buildings, each with its own identity and sensitive to the scale and grain of the adjoining streets.

A key issue were the heritage buildings; we determined from the start to make the Grade II*-listed hospital chapel that had historically been hidden from view the central feature. While Caroe and Partners oversaw the repair and restoration of the interior, we designed a sensitive extension to provide offices, kitchens and toilets to allow it to be used as a community hall. Another tricky heritage challenge was the retained façade running the entire length of Nassau Street, which we remodelled and improved (raising it by a storey in the process) and then infilled with new duplex apartments to the rear.

Our aim was to create buildings that were contemporary in character but definitely ‘of’ Fitzrovia, so we used materials that respond to the colours and textures in the surrounding streets. We designed the office buildings in Portland stone, which relates to local mid-twentieth century factories and showrooms, but the brick infill references Edwardian and mid-century buildings. Responding to the nearby Victorian apartment blocks, the residential buildings are dark brick for the street elevations and light brick for the courtyard, with bronze detailing.

The finished project combines 289 market and tenure-blind affordable homes with 240,000 sq ft of offices, a health centre and an assembly hall for an adjacent primary school. The housing and offices were quickly filled, but most satisfyingly, the new development has liberated the chapel, giving it the space and sense of place it never had when it was hemmed in by the hospital buildings, so now its warm, red brick and curved elevations radiate a calm energy that you can feel as you enter the square. 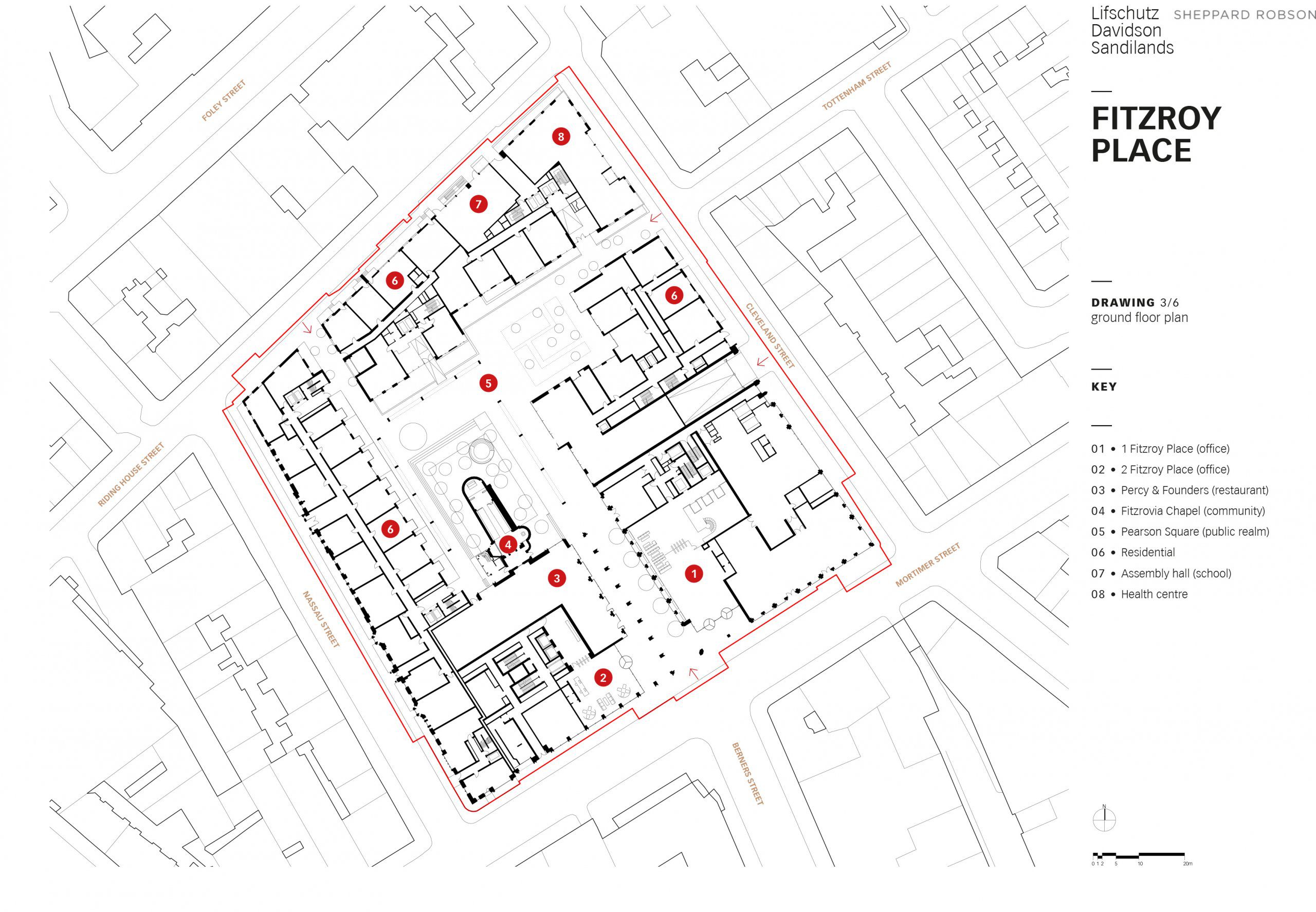