East Road is a mixed-use scheme in the heart of Shoreditch meeting the challenge of inner-city densification with a parcel of uses and quality urbanism at street level. 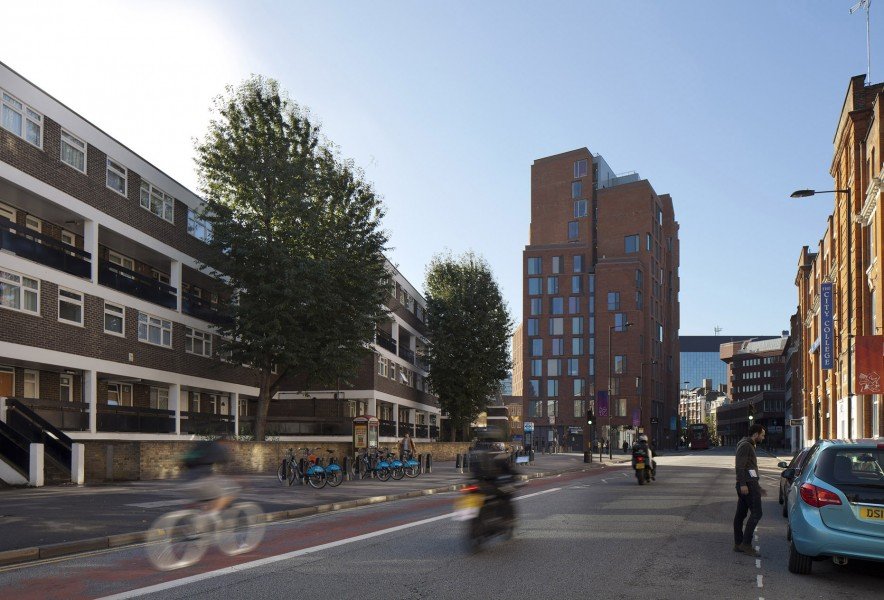 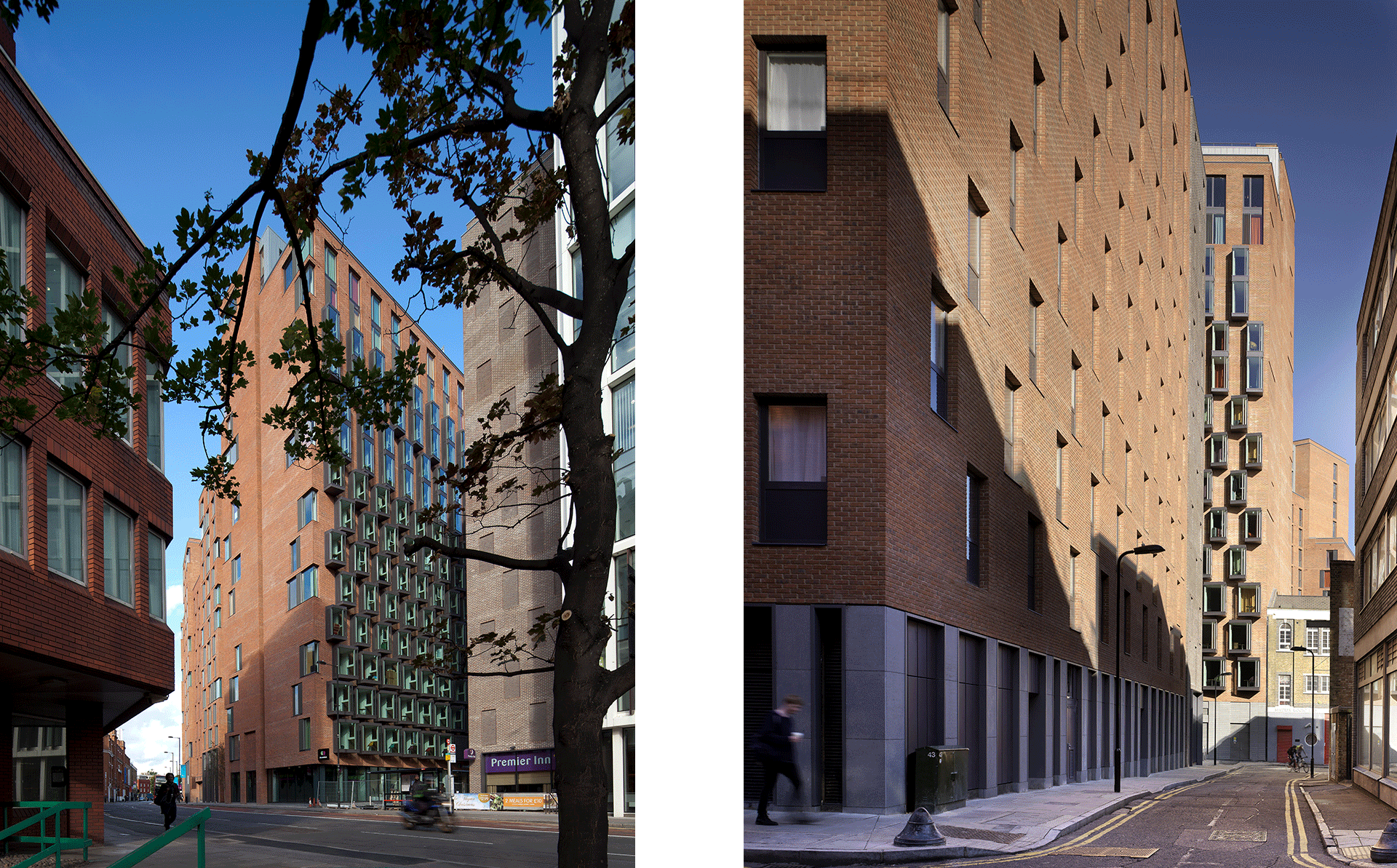 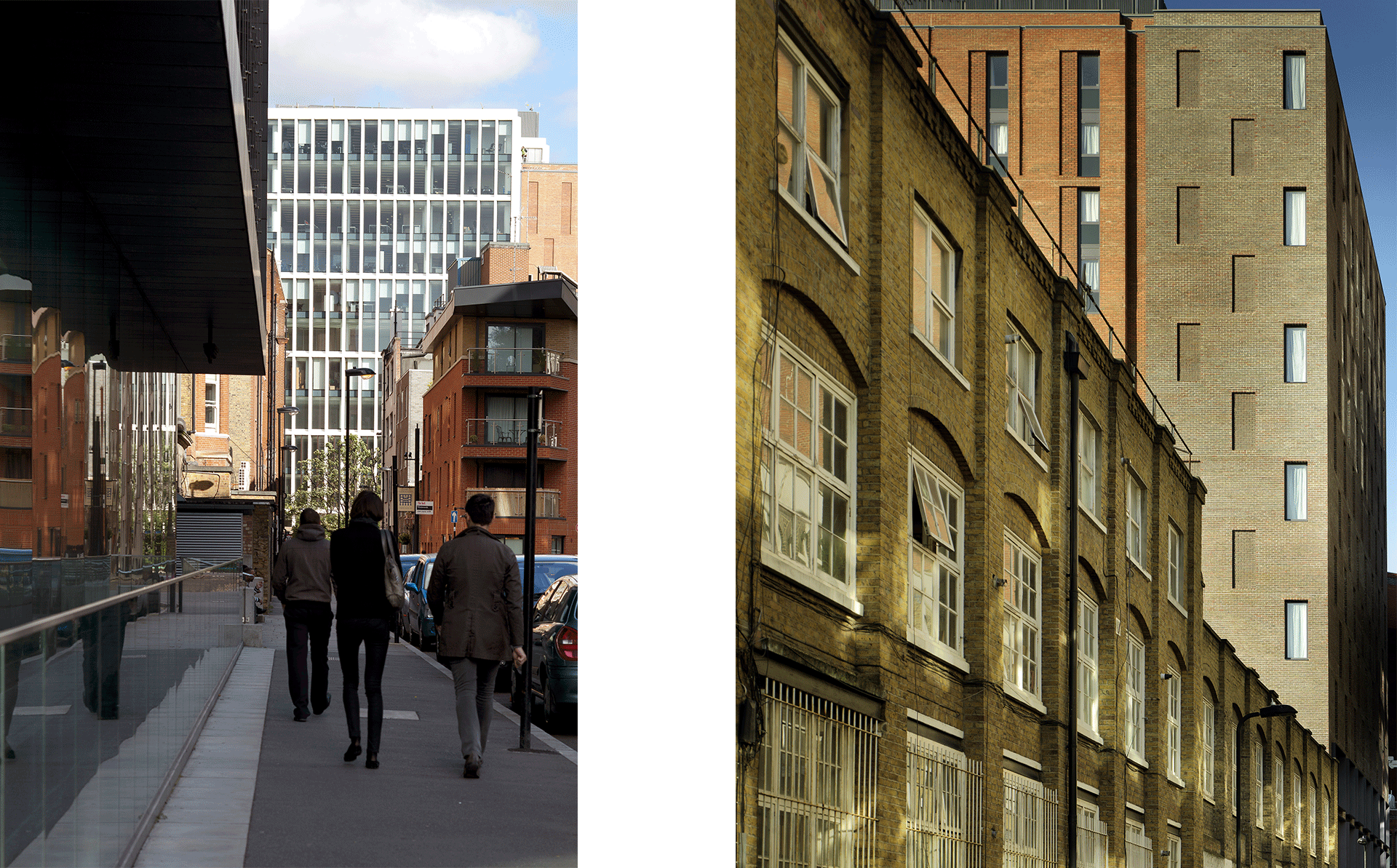 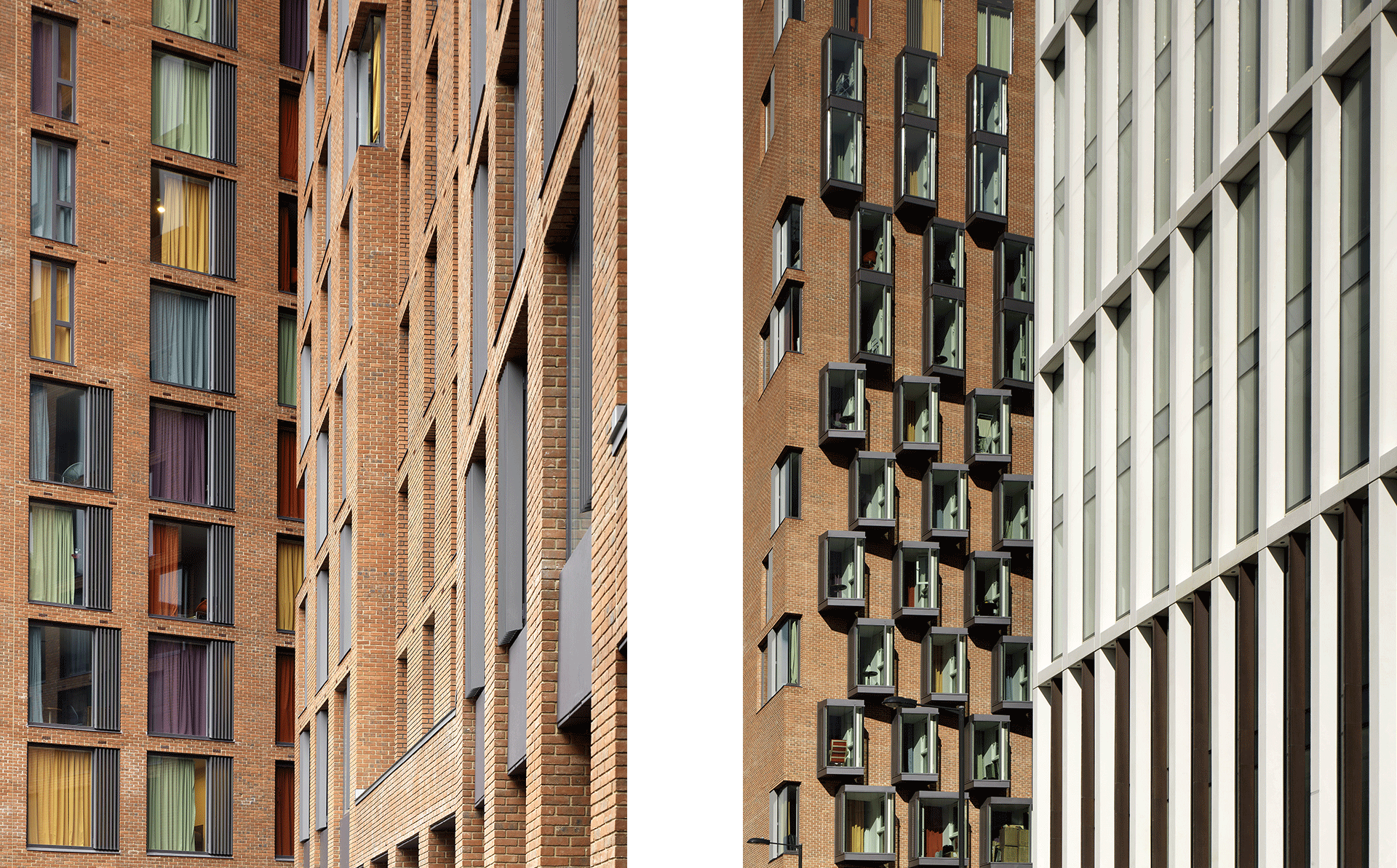 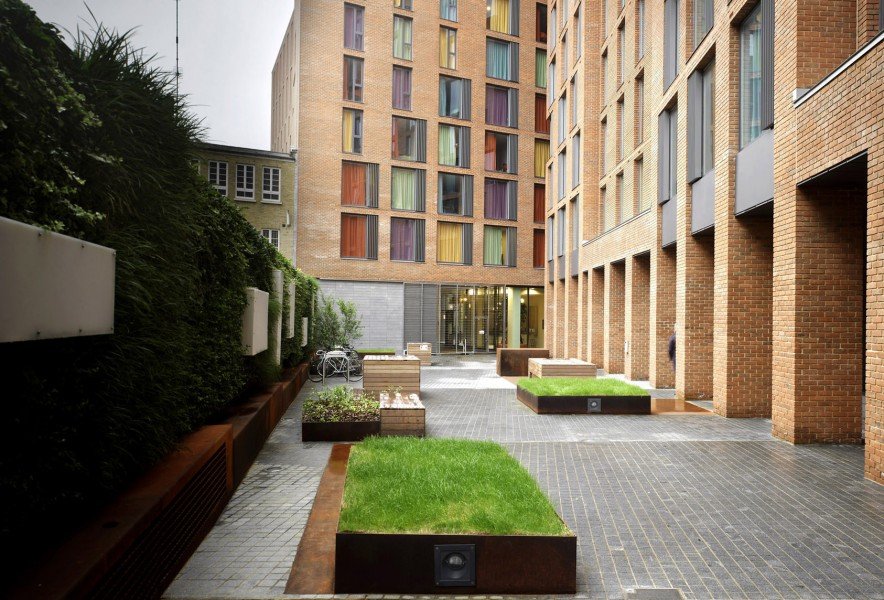 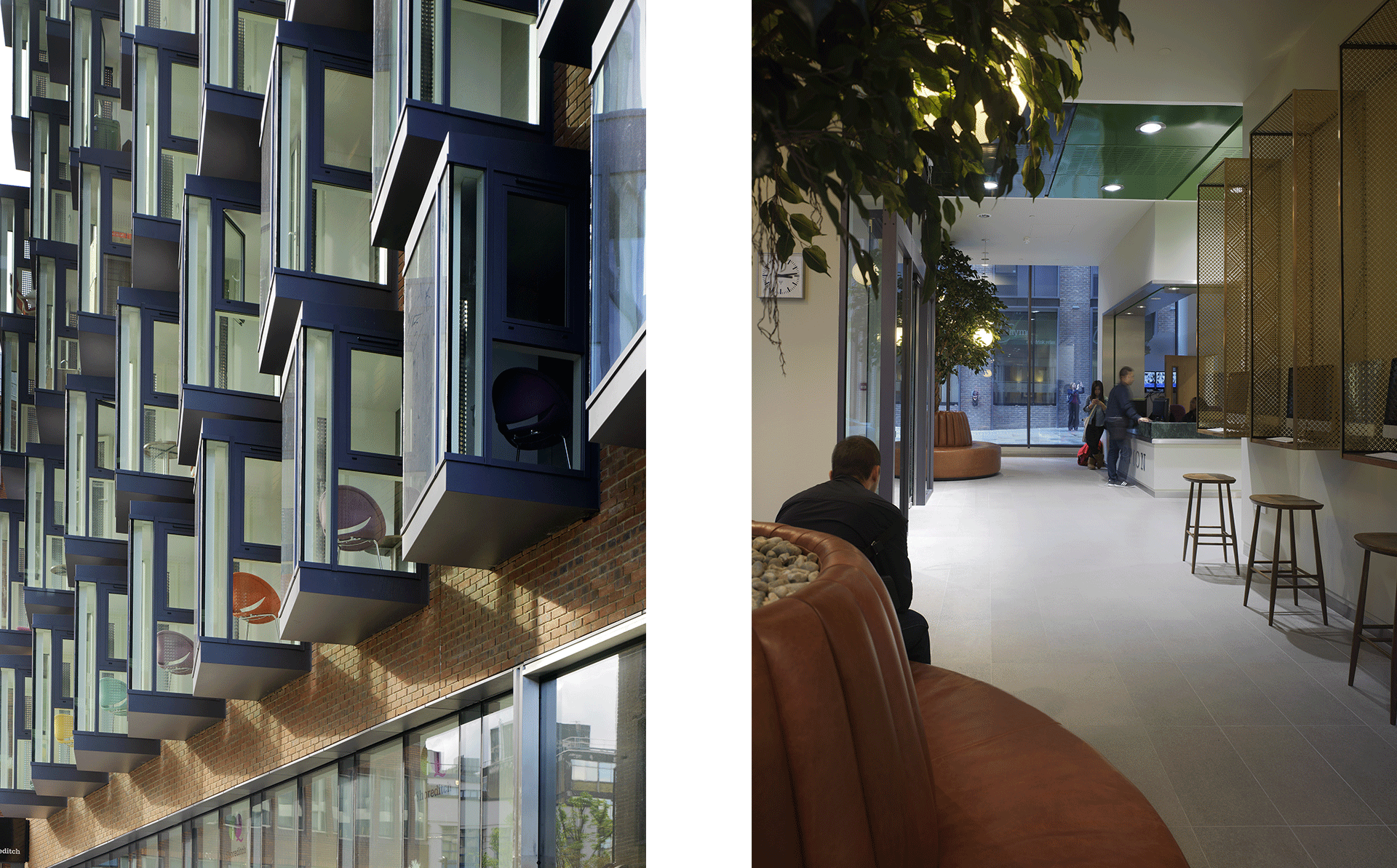 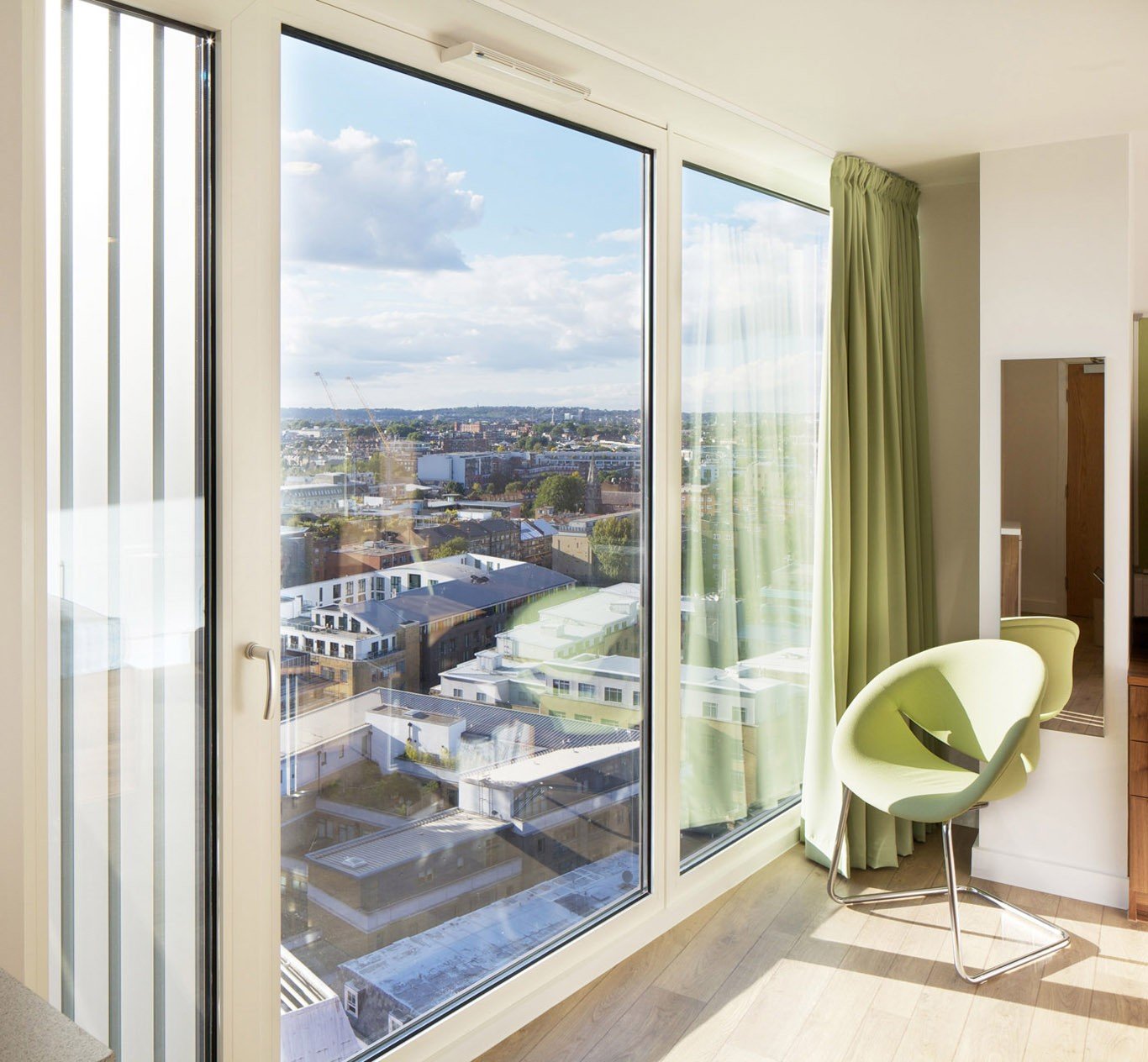 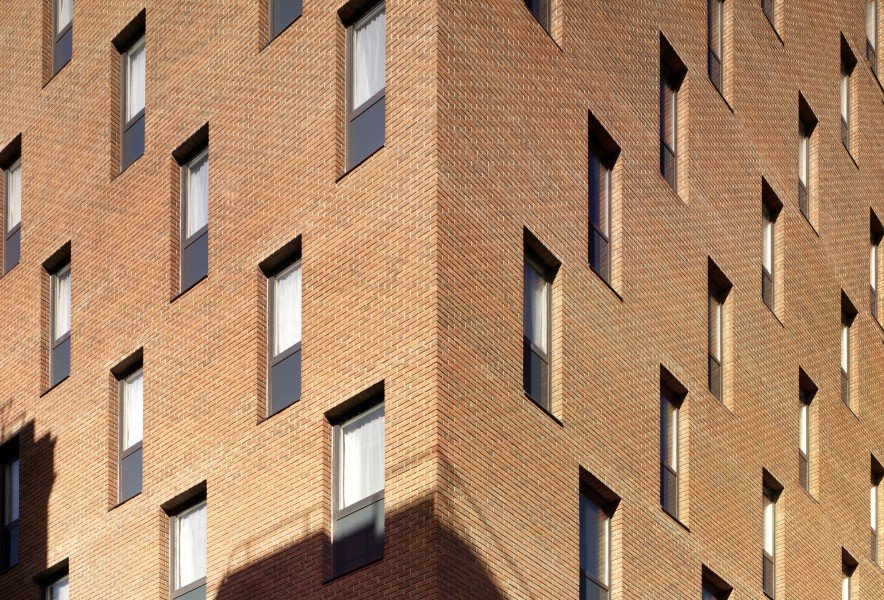 East Road is a mixed-use scheme in the heart of Shoreditch meeting the challenge of inner-city densification with a parcel of uses and quality urbanism at street level.

An exercise in urban repair in an emerging area of London, it replaces three disparate semi-industrial buildings to provide a mix of start-up offices, student housing and a hotel while seeking to establish a relevant vernacular evoked through the use of brick and fenestration.

Instead of presenting continuous flat façades or a monolithic structure, the scheme is notionally ‘broken up’ to provide separate entrances, a civic quality, characterful street frontage and moments of drama for the passer-by. The development programme was clearly defined – speculative office, hotel and student accommodation. Sitting at East and City Roads, in the heart of Shoreditch’s ‘Silicon Roundabout’, the site was occupied by three light industrial buildings, lacking scale or merit. The practice took a very deliberate decision not to fill the site with a single form or mass.  Instead it responds to the location of the Moorfields Conservation Area to the west, appearing as a cluster of buildings sitting at the pavement edge, reinstating traditional street lines. Expression of functions was key, and while many mixed-use schemes map uses horizontally, this scheme ‘wraps’ and breaks up uses vertically, while providing strong entrances and articulation of the ground floor so that the experience of the passer by retains human scale.

The blocks negotiate curves to the front of the site, and pushing the development to the boundary edge creates a strong presence to the street and an south-facing courtyard to the interior. Each programme has its own distinct façade, with those of the hotel and the student building are most similar, reflecting the repetitive internal programme. The  ‘chequerboard’ windows on the hotel contrast with the office building’s reconstituted stone and where the two meet on Corsham Street a dramatic shift emphasises the new urban form:  the brick changes colour to a dark brown, while the oriel windows of the student building suggest that the façade has been ‘cut’. The choice of brick references the industrial nature of the site, and reaches toward to the Moorfields Conservation Area, creating a contemporary building with continuity and a nod to the site’s past.

Set in different planes, the depth of the exterior reads in relief, strong sunlight in particular creating drama. Creating an extension of Corsham Street, Silicon Way, was a natural move, and although it was not reinstating the historical street pattern, it helped to knit the buildings into their surroundings and create a cut-through in a busy urban area connecting towards Hoxton Square. 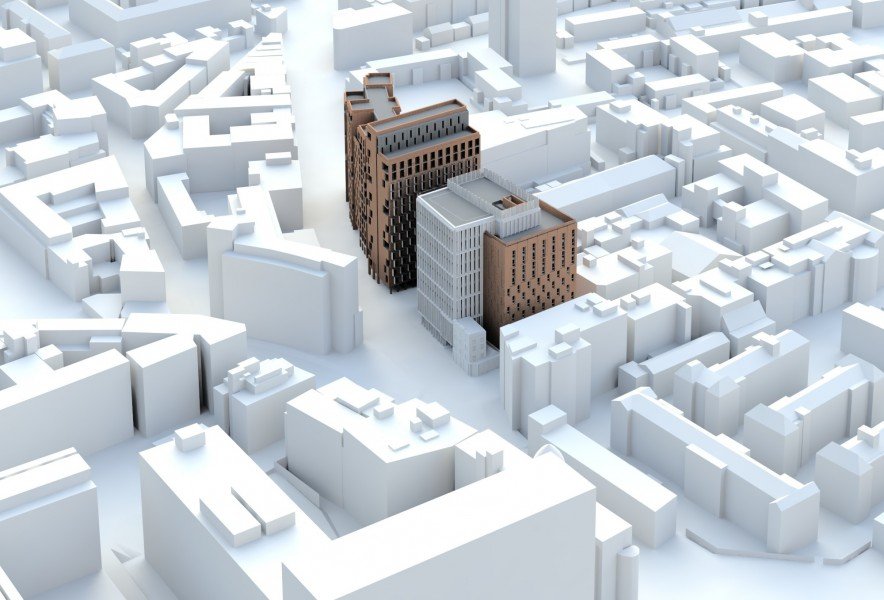