Kidbrooke Village is a 20 year project which will deliver an entire new London suburb – over 4,800 homes of different tenures in squares, around courtyards, in apartment blocks and streets. 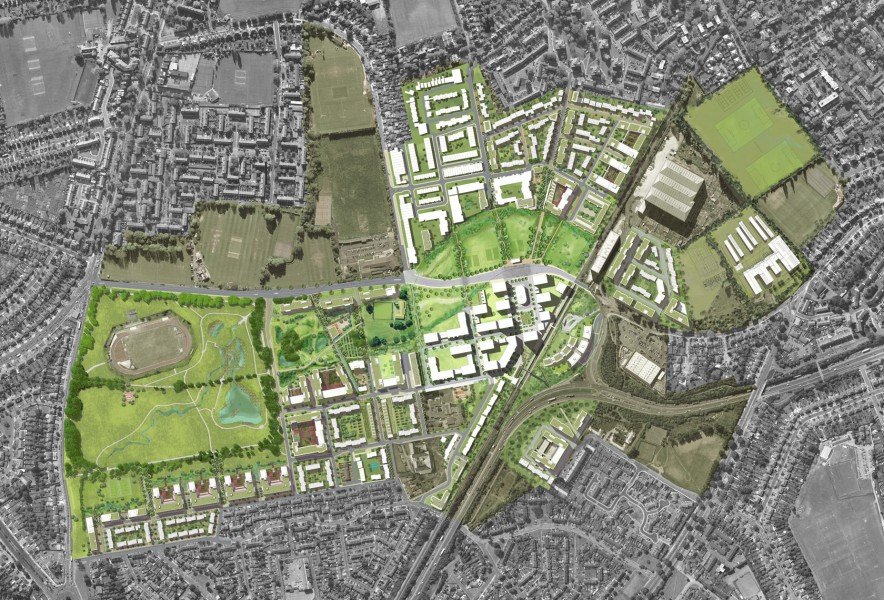 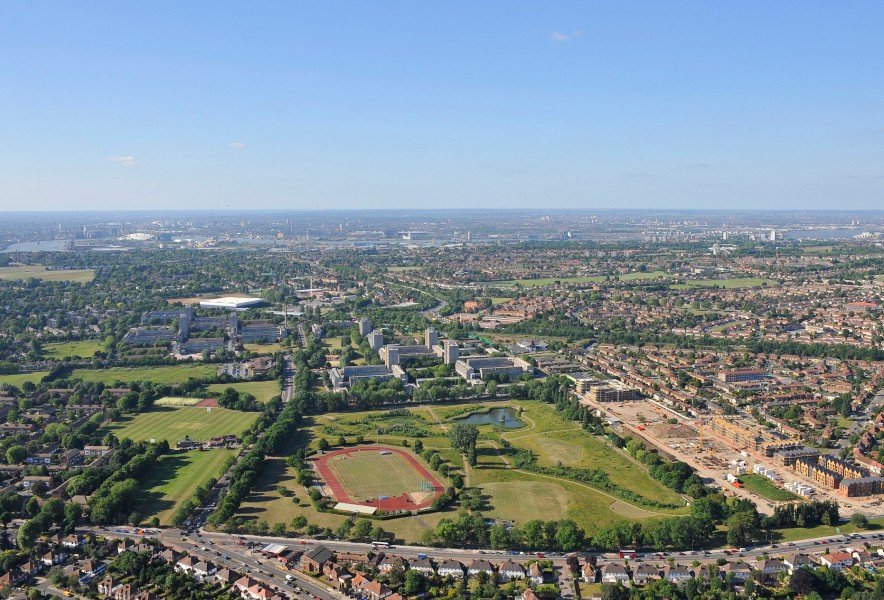 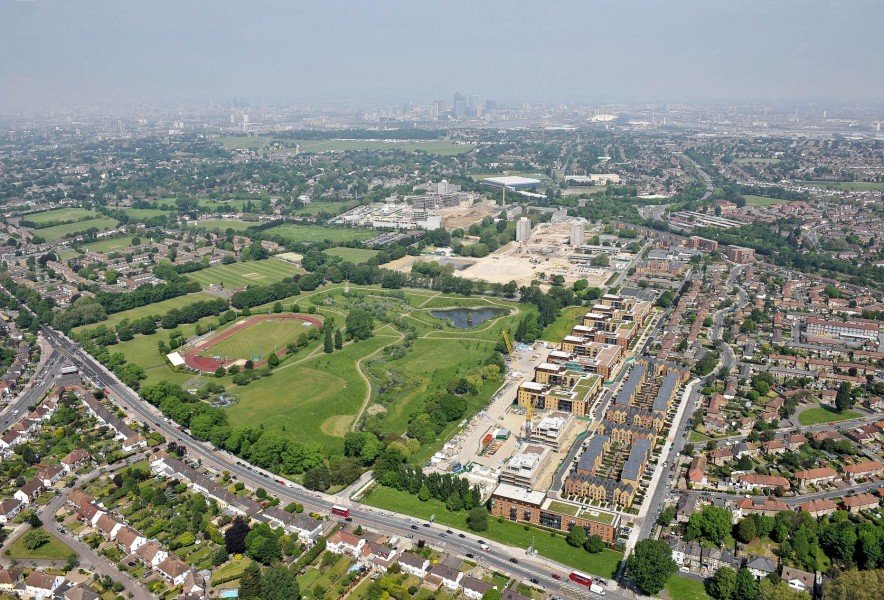 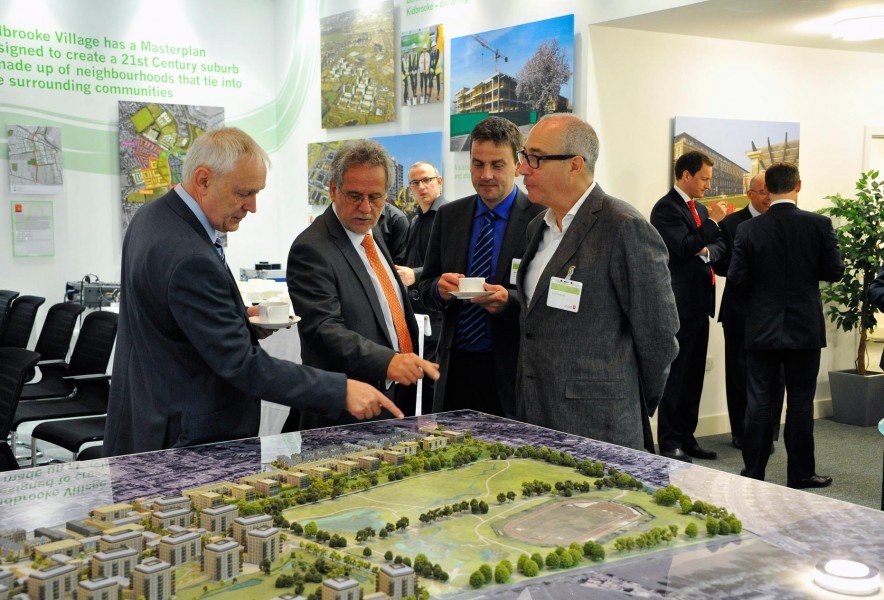 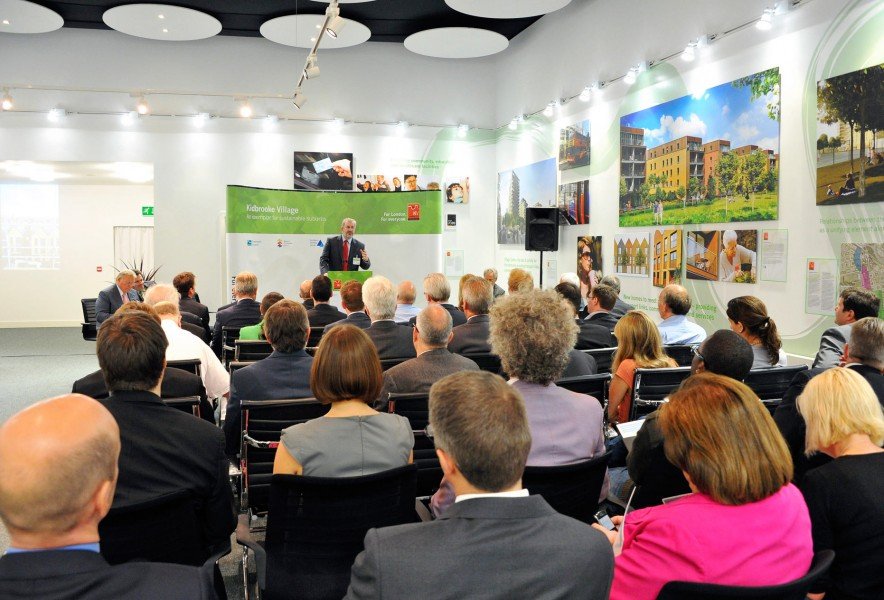 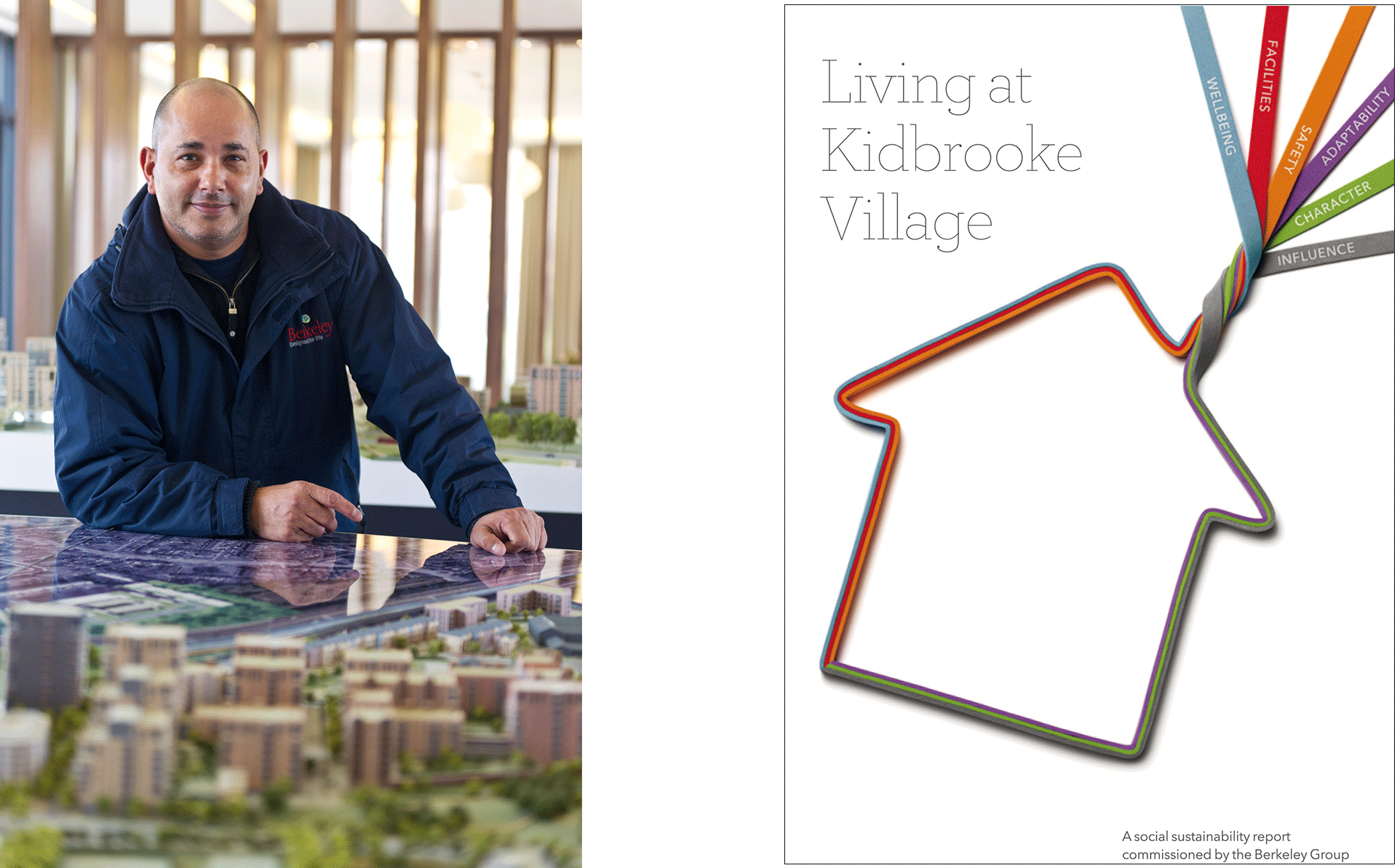 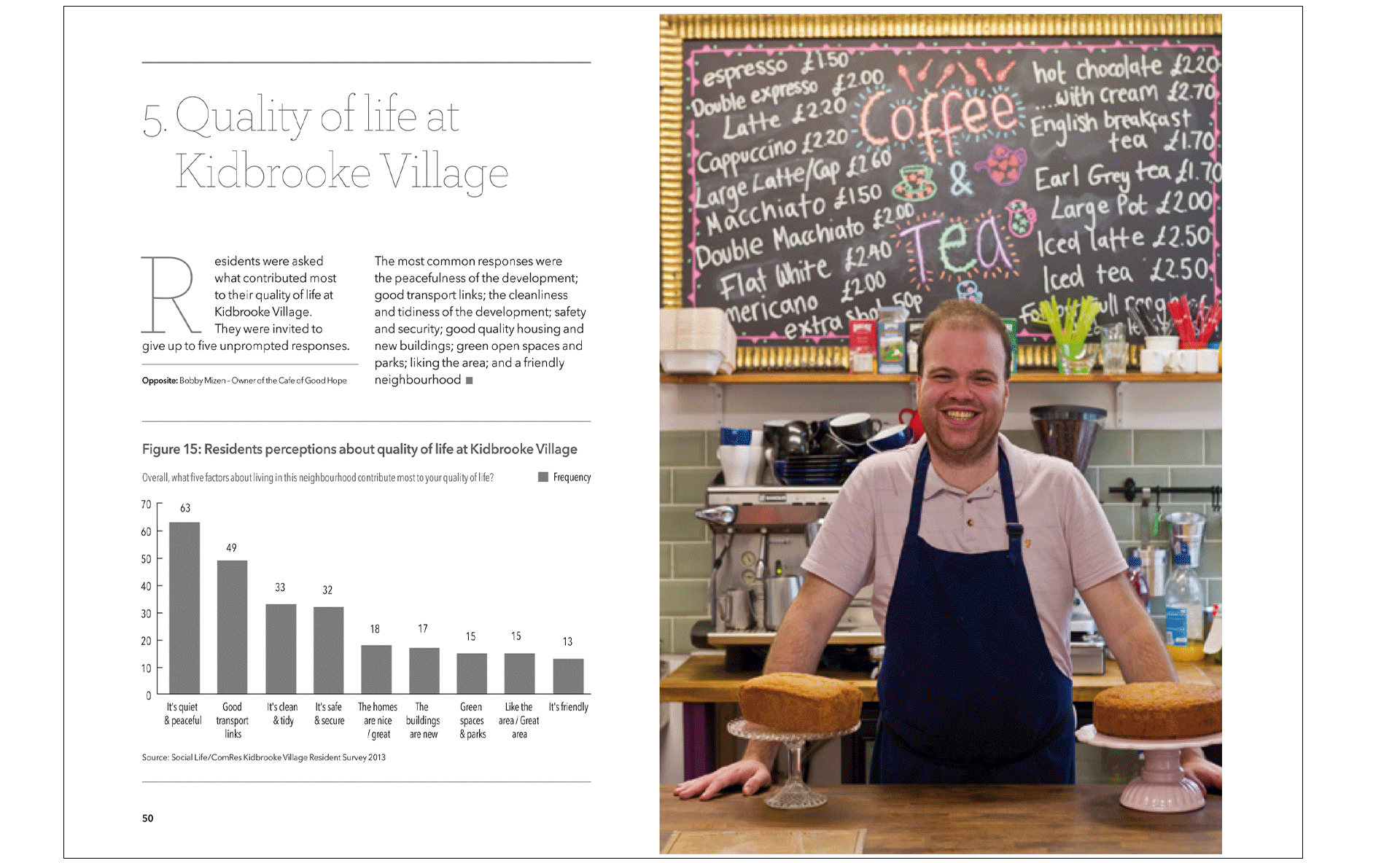 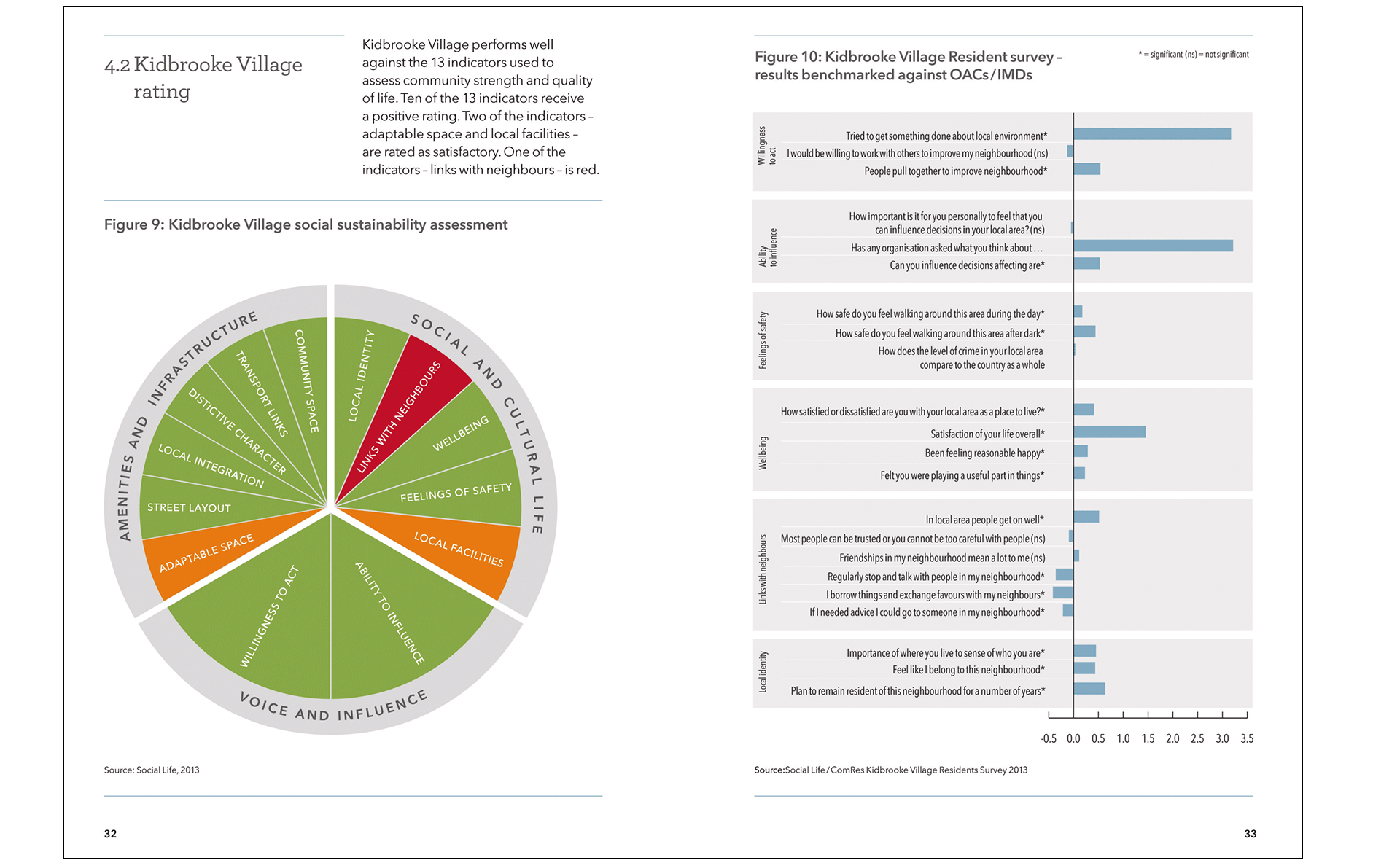 Kidbrooke Village is a 20 year project which will deliver an entire new London suburb – over 4,800 homes of different tenures in squares, around courtyards, in apartment blocks and streets.

Described by CABE as “an exemplar for sustainable suburbs”, it replaces the Ferrier Estate,  completed in 1972 and containing 1900 social housing units in concrete blocks. Due to bad management and poor connectivity to the surrounding suburbs the estate fell into a state of serious physical and social disrepair.

The new development consists of 109 hectares of land and is located immediately to the east of Blackheath Park with Greenwich Park and the Royal Observatory beyond. Of the masterplan area, around 30 hectares is developed to accommodate 4,800 new homes. A ‘hub’ provides integrated transport services, a supermarket and supporting retail, a hotel and primary care centre.

The attributes of the adjacent suburbs of Blackheath, Eltham and Hither Green were acknowledged, as are the recent prototypes such as Telford Millennium Community and European models at Malmo and Hammersby – projects that have broken new ground in conceptualising the 21st century suburb. This project brings together new ideas on housing, landscape, employment, stewardship, community and financial institutions.

Through consultation and discussion, four guiding principles inform the project: sustainability, reflecting a range of attributes from energy  efficiency to compactness; accessibility and empowerment, to resources, services and places; flexibility, built-in redundancy and hybridity in uses and typologies; sociability, the creation of social neighbourhoods with appropriate communal values.

Ten hectares of land have been allocated as Metropolitan Open Land which forms a new ‘green river’ running through the centre of the masterplan. Taller residential  buildings front this open space benefiting from views across public amenity facilities such as sports pitches, formal and informal gardens and outdoor performance space, with the scale of the buildings reducing towards the edges to respond to the context. Safe and attractive routes for pedestrians and cyclists are provided along ‘green fingers’ which run along all the desire lines and link to the surrounding neighbourhoods.

The project is a major regeneration scheme for the UK, led by Berkeley Homes with partners Greenwich Council. It will cost £1bn to deliver and transform a deprived area just smaller than Hyde Park into somewhere people love to live. Already 800 homes are complete or on site and a community is emerging alongside 35 hectares of parkland and sports pitches.

Lifschutz Davidson Sandilands has a major role at Kidbrooke, as designers of the overall masterplan, architects of Phase 1 and Phase 3, as well as acting in a design stewardship role for the other phases.