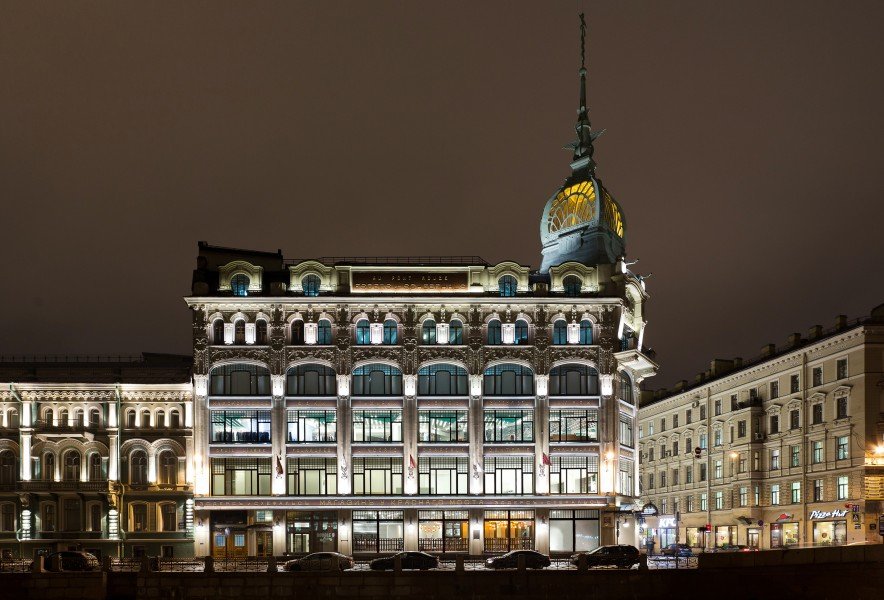 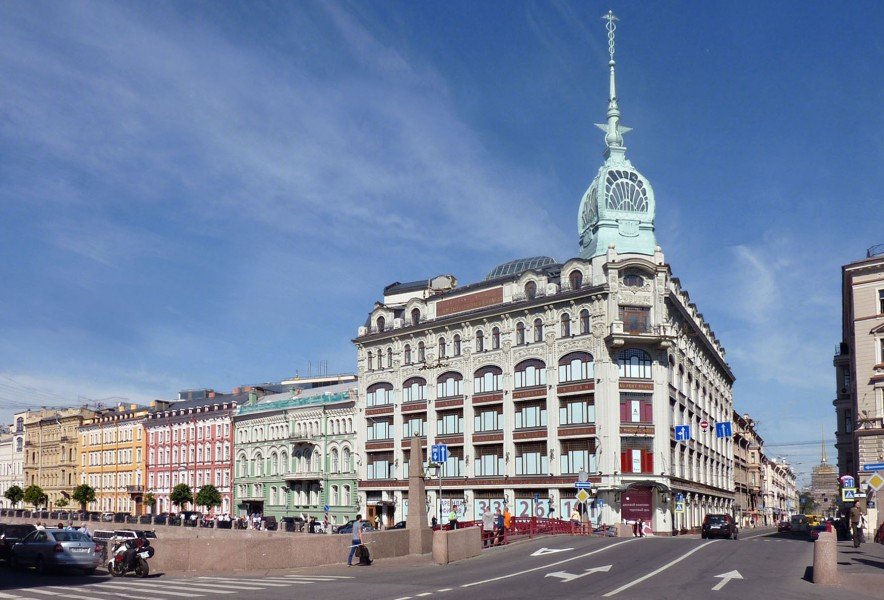 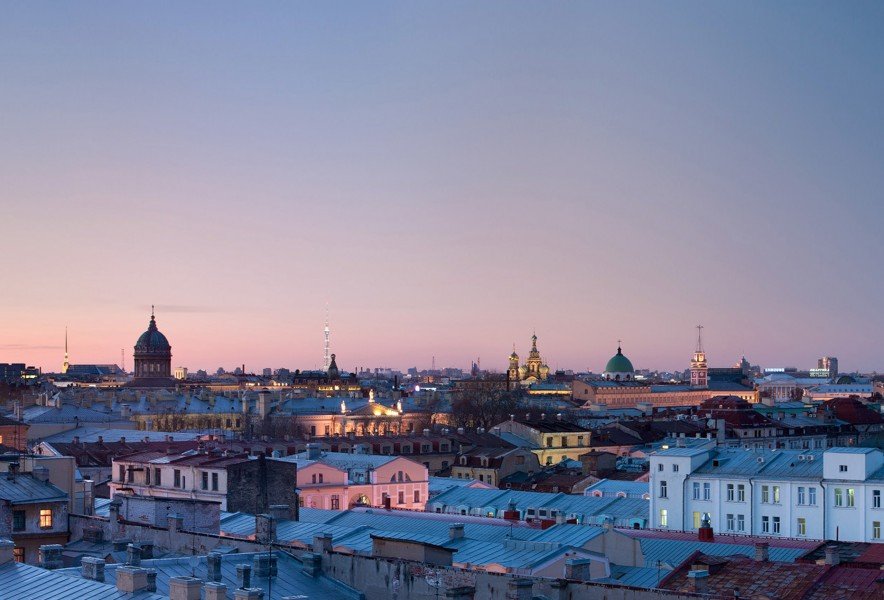 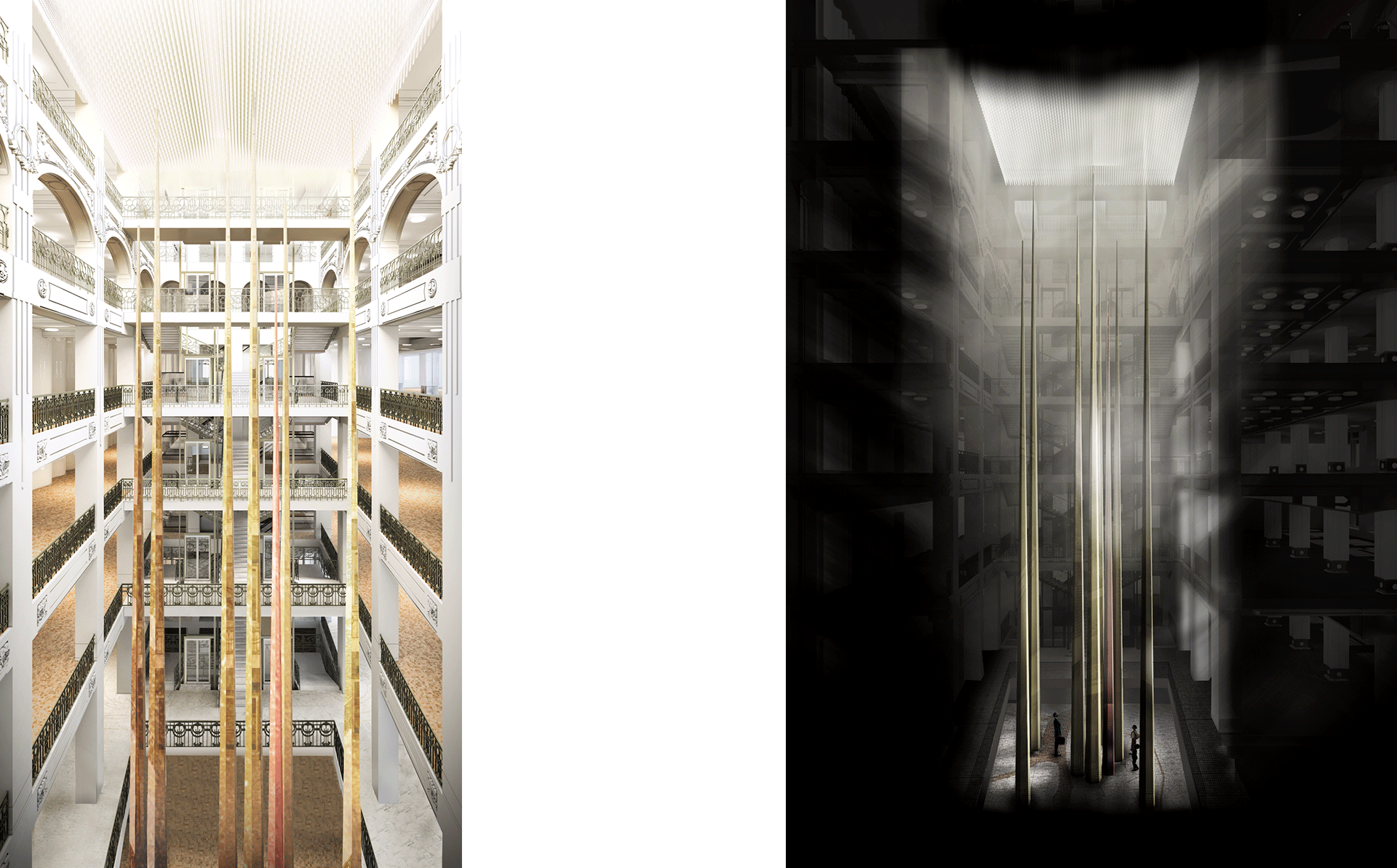 Completed in 1906 and designed by architects Konstantin de Rochefort and Valipskii Lipskii, Au Pont Rouge, also known as the Esders and Scheefhals building, is situated in the heart of St Petersburg in the Admiralteyskiy district. Originally functioning as a department store – part of a European network owned by Stefan Esders who owned stores in Berlin, Paris and Vienna – in the years following the 1919 revolution the building became a sewing factory producing menswear.

The extensive renovations completed, Lifschutz Davidson Sandilands have transformed the building into an international retail destination. Ceramic tiling, illuminated columns and bespoke lighting bring simplicity and elegance to the eight floors of the store, forming a backdrop the latest retail trends. The atrium is pierced by slender and tapering golden spires which soar above shoppers, referencing the gleaming spires of the city outside and embedded with digital media.

Above these a chandelier covers the entire atrium ceiling, its 8800 glass prisms illuminated and moving gently giving the impression of shopping beneath the sky. 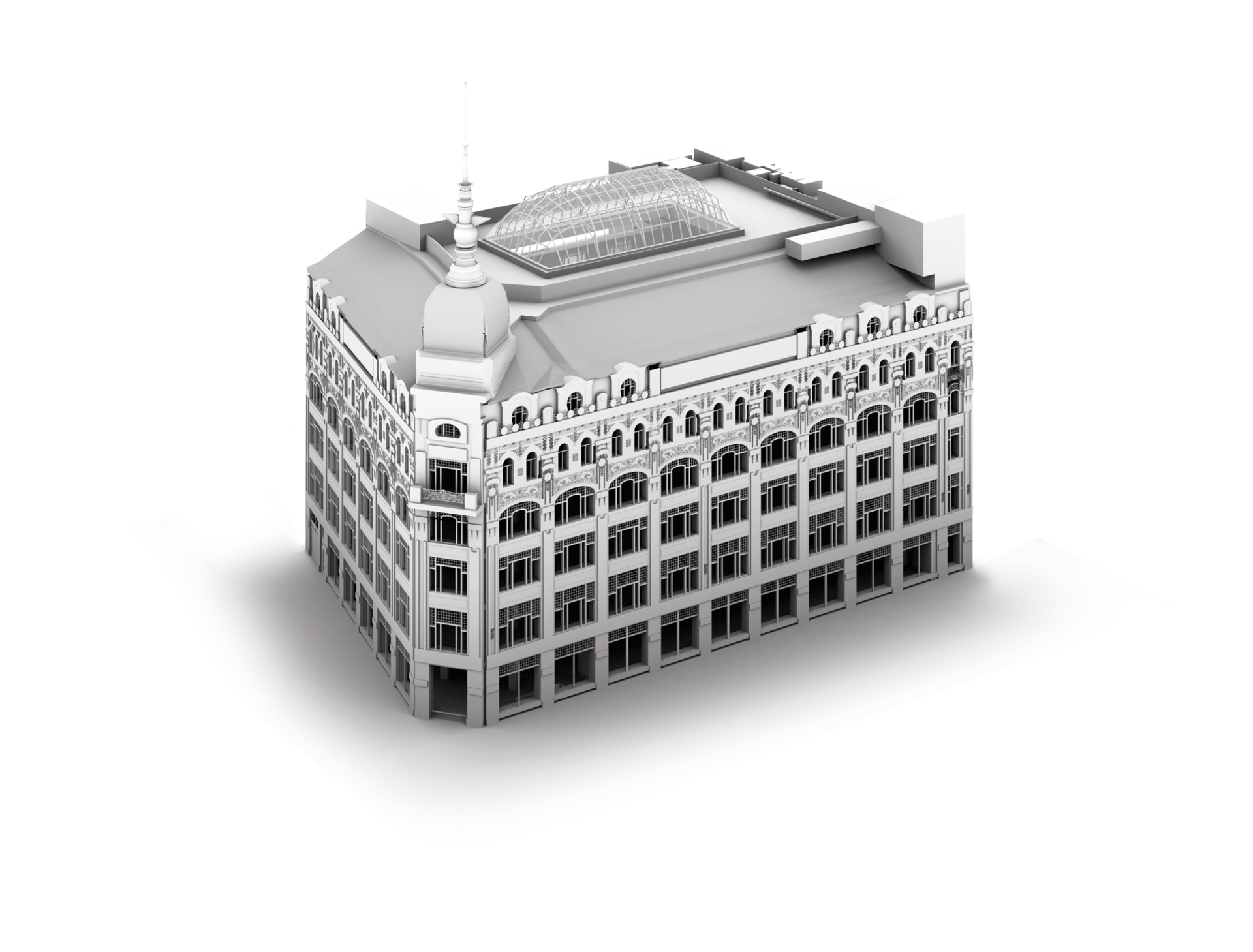