Two new footbridges that cross a busy part of the Thames, resolving a complex of former bridges and listed structures, which have become the most popular pedestrian crossings in London. 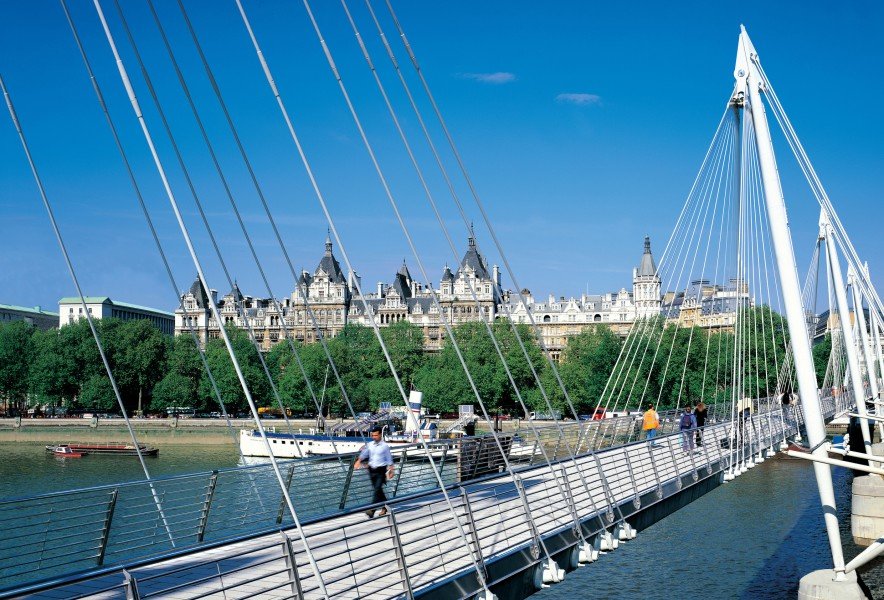 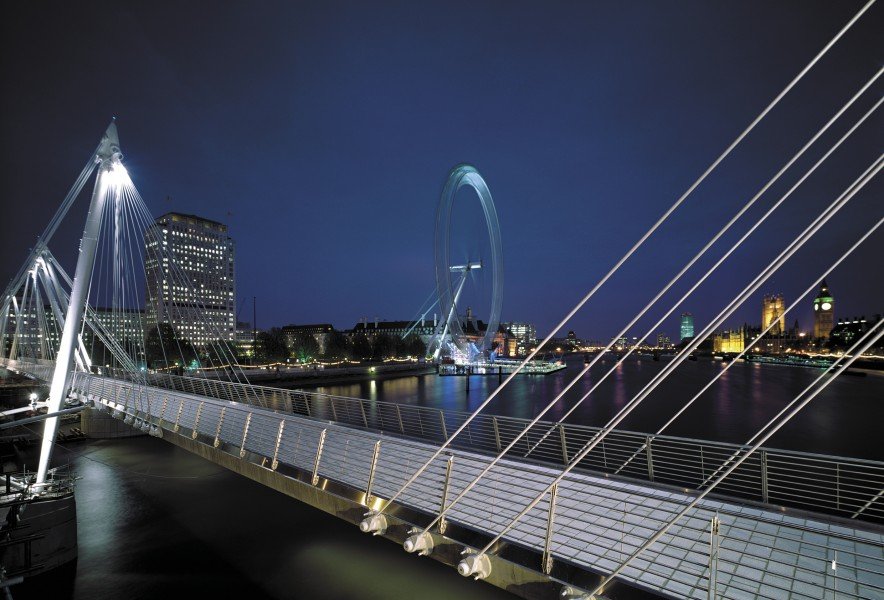 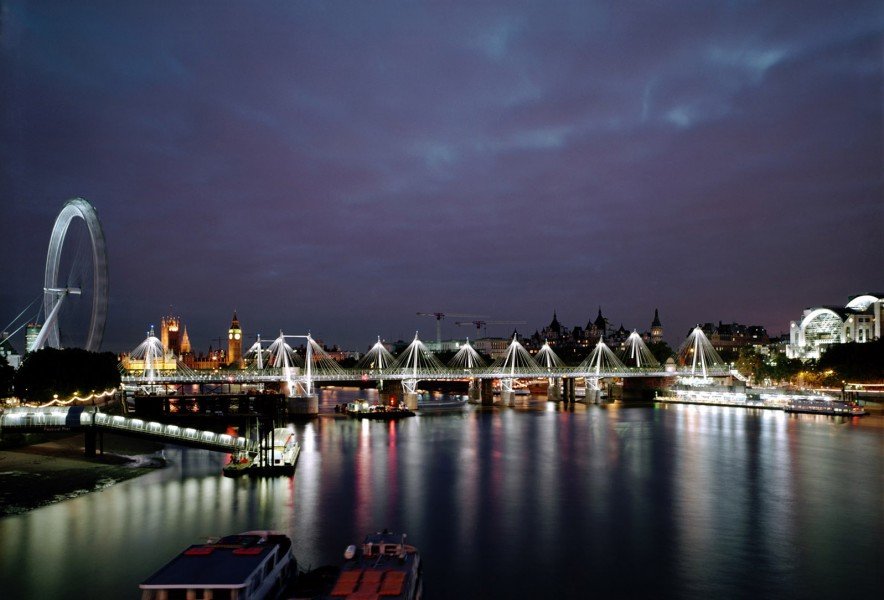 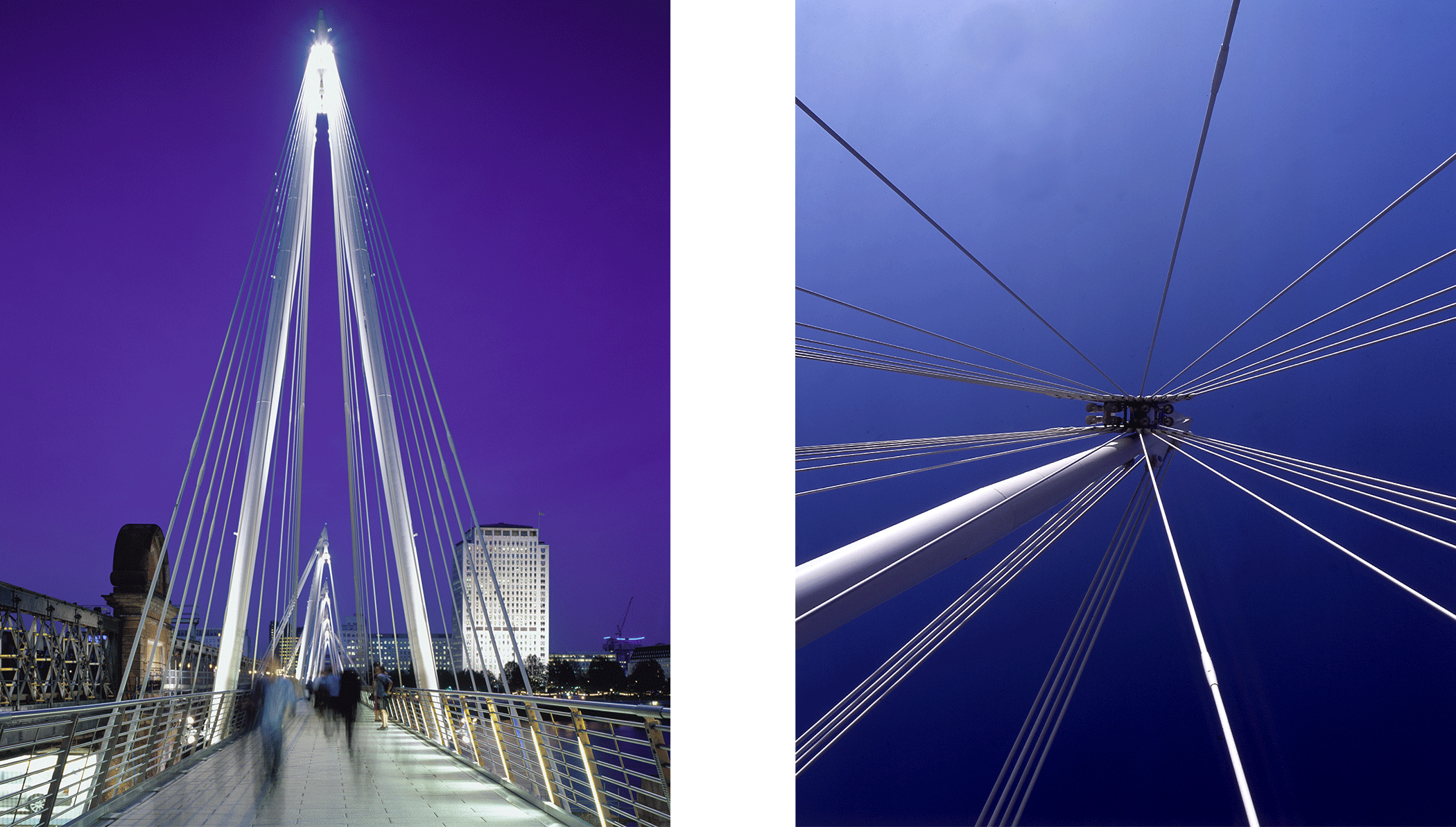 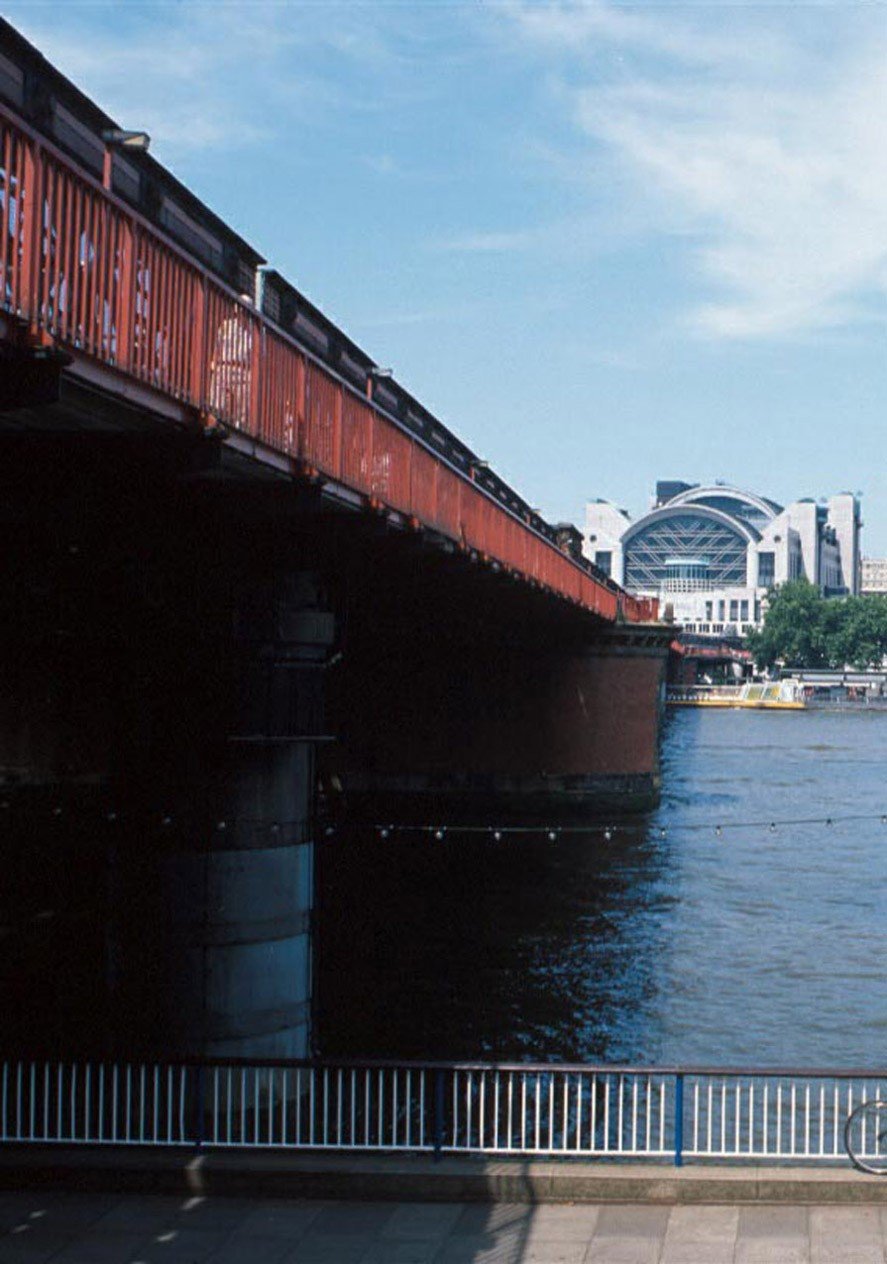 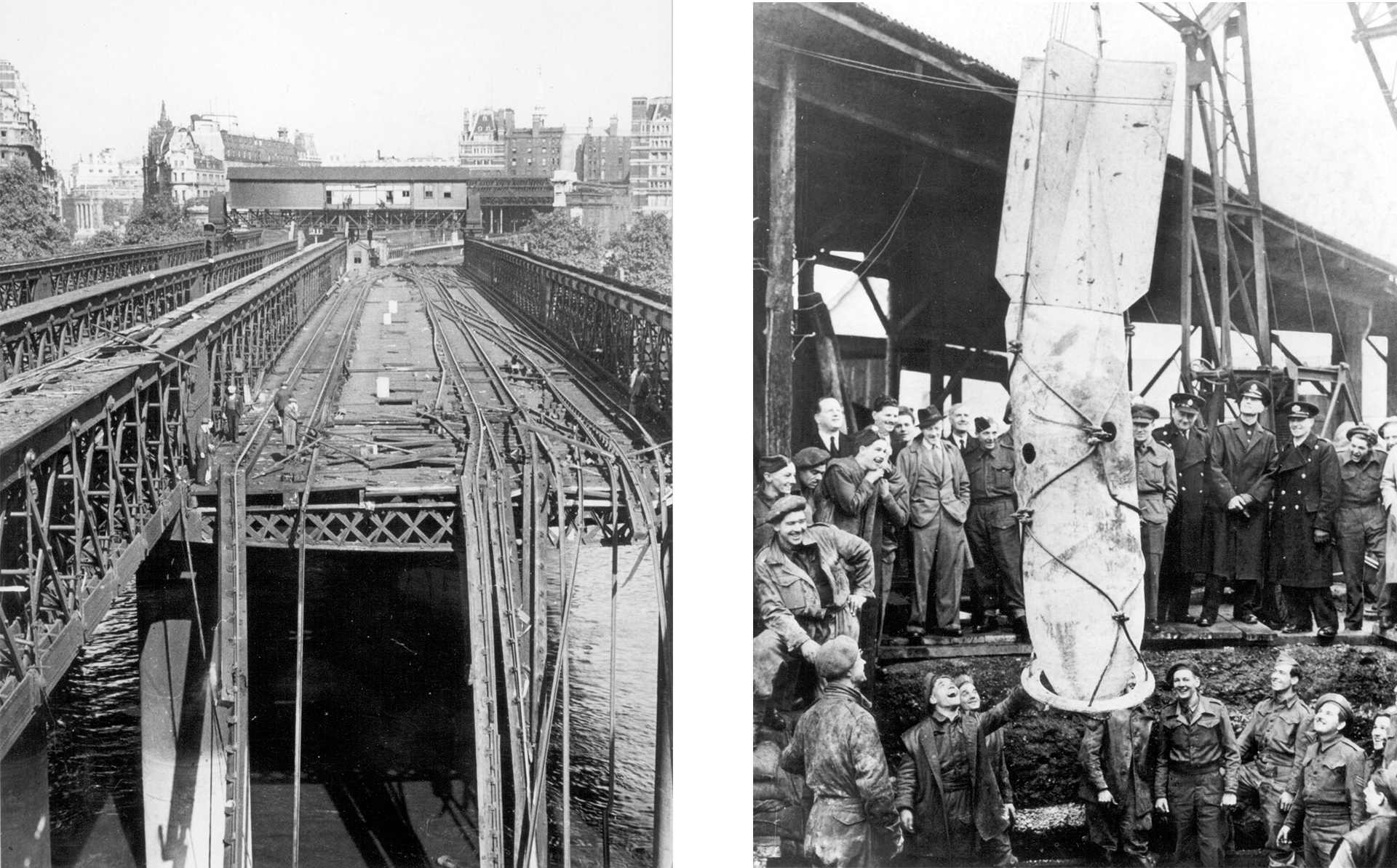 Two new footbridges that cross a busy part of the Thames, resolving a complex of former bridges and listed structures, which have become the most popular pedestrian crossings in London.

A walkway first joined the South Bank and Victoria Embankment in 1845, when Isambard Kingdom Brunel opened his suspension footbridge, but it was replaced in 1862 by a steel-span rail bridge serving Charing Cross Station with only a narrow 2m-wide pedestrian walkway. With engineers WSP, we won the competition for a £50m scheme to replace the overcrowded deck and build two new footbridges either side of the rail bridge. They are a delicate foil to the heavy, listed railway structure and are slung from inclined pylons that pay homage to similar structures created for the 1951 Festival of Britain, held on the adjoining South Bank. The design also picks up on the original Brunel footbridges of 1845, acknowledging and incorporating the original brick piers of that innovative suspension bridge.

The complex scheme involved works to private property, Railtrack property, listed buildings and London views of national importance, and had an equally complex client base. Backed by the Cross River Partnership (consisting of the City Corporation, Southwark, Lambeth and Westminster City Council), the project was led by Westminster, with English Heritage joining other key contributors including Railtrack, the London Development Agency, the Millennium Lottery Fund and the GLA.

As no bridge had been built over the Thames for many years, the route to planning was developed in painstaking detail with legal officers and involved a Parliamentary Act rather than a planning consent, as well as intensive dialogue with English Heritage, CABE and all affected boroughs. We developed appropriate technical and design material to satisfy the concerns of design and conservation officers, in particular historic views and alterations to the listed structures that surround the bridge. Each step required the agreement of English Heritage and UNESCO (given its potential impact on the World Heritage Site), as well as Westminster City Council, the London Borough of Lambeth and the Cross River Partnership to ensure a smooth path to planning permission.

The bridges were completed in 2002, six years after the initial competition, and named the Golden Jubilee Bridges in honour of the 50th anniversary of the Queen’s accession that year. Their true success was confirmed in 2014, when it was revealed that 8.4million pedestrians use them each year, making them the most-used pedestrian crossings over the Thames. 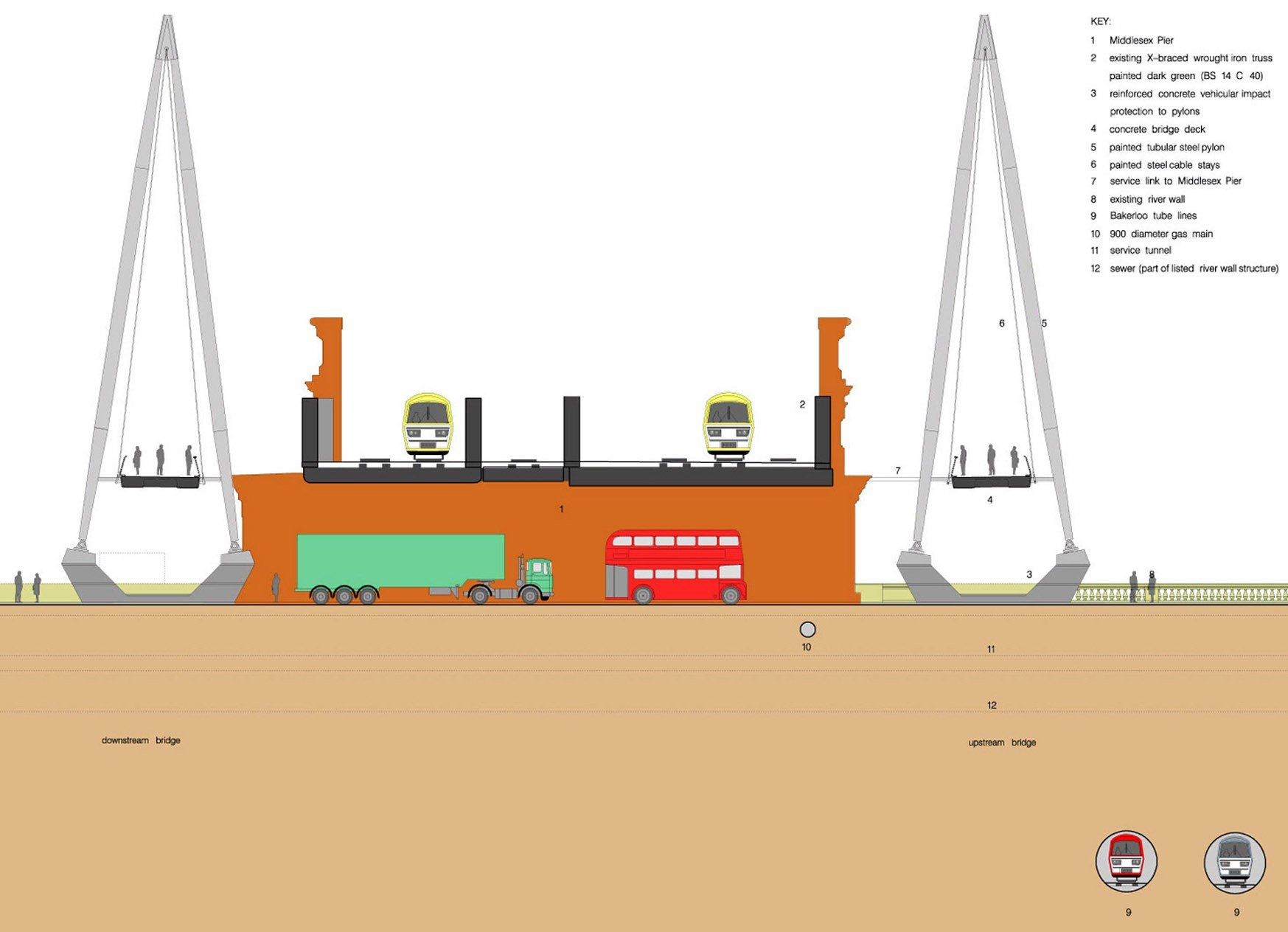