This innovative project was conceived by Lifschutz Davidson Sandilands and Edwin Shirley Staging as a response to the costs of staging the Olympic Games, offering a solution to the expense of stadia construction and the waste of their redundancy after the event. 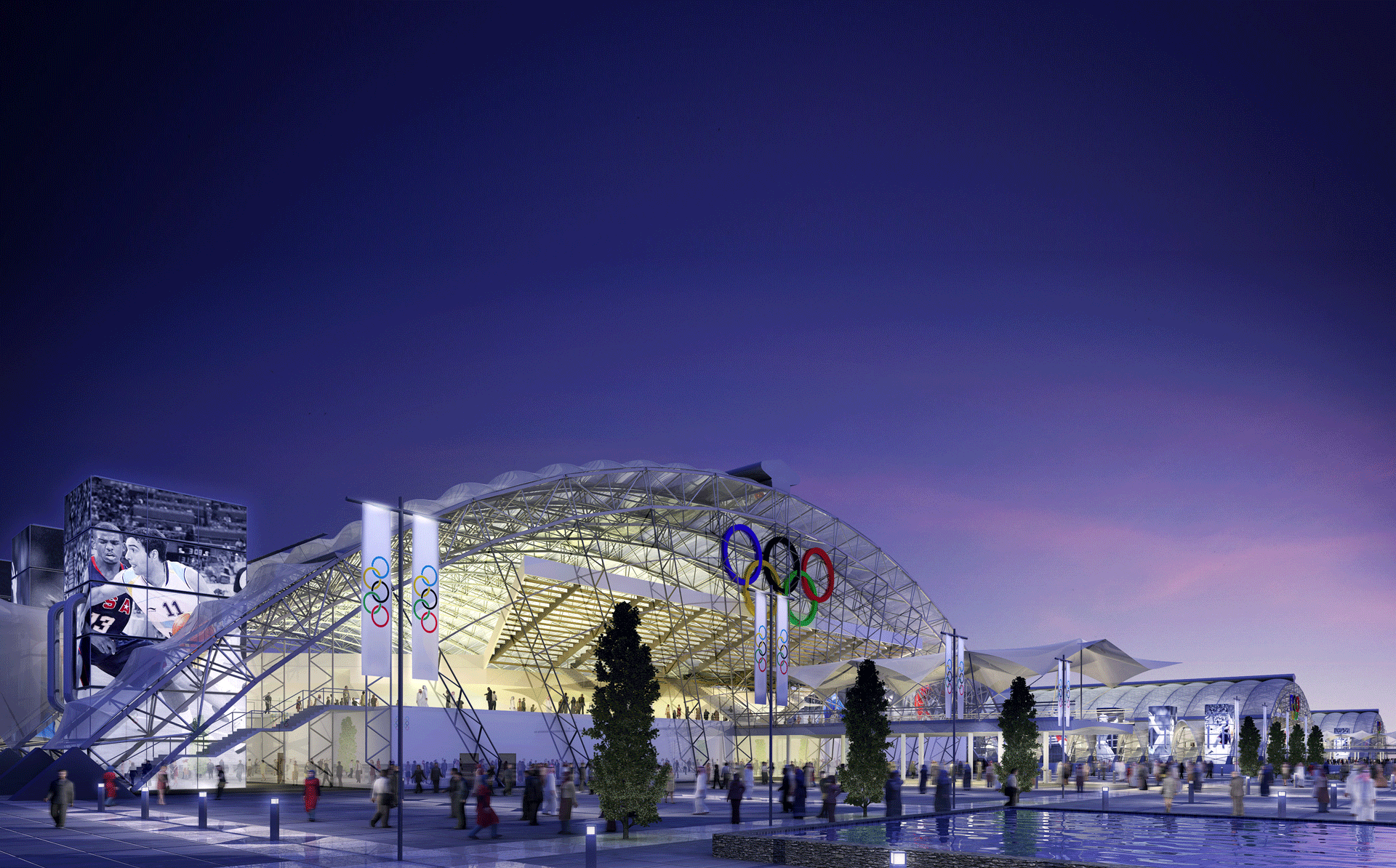 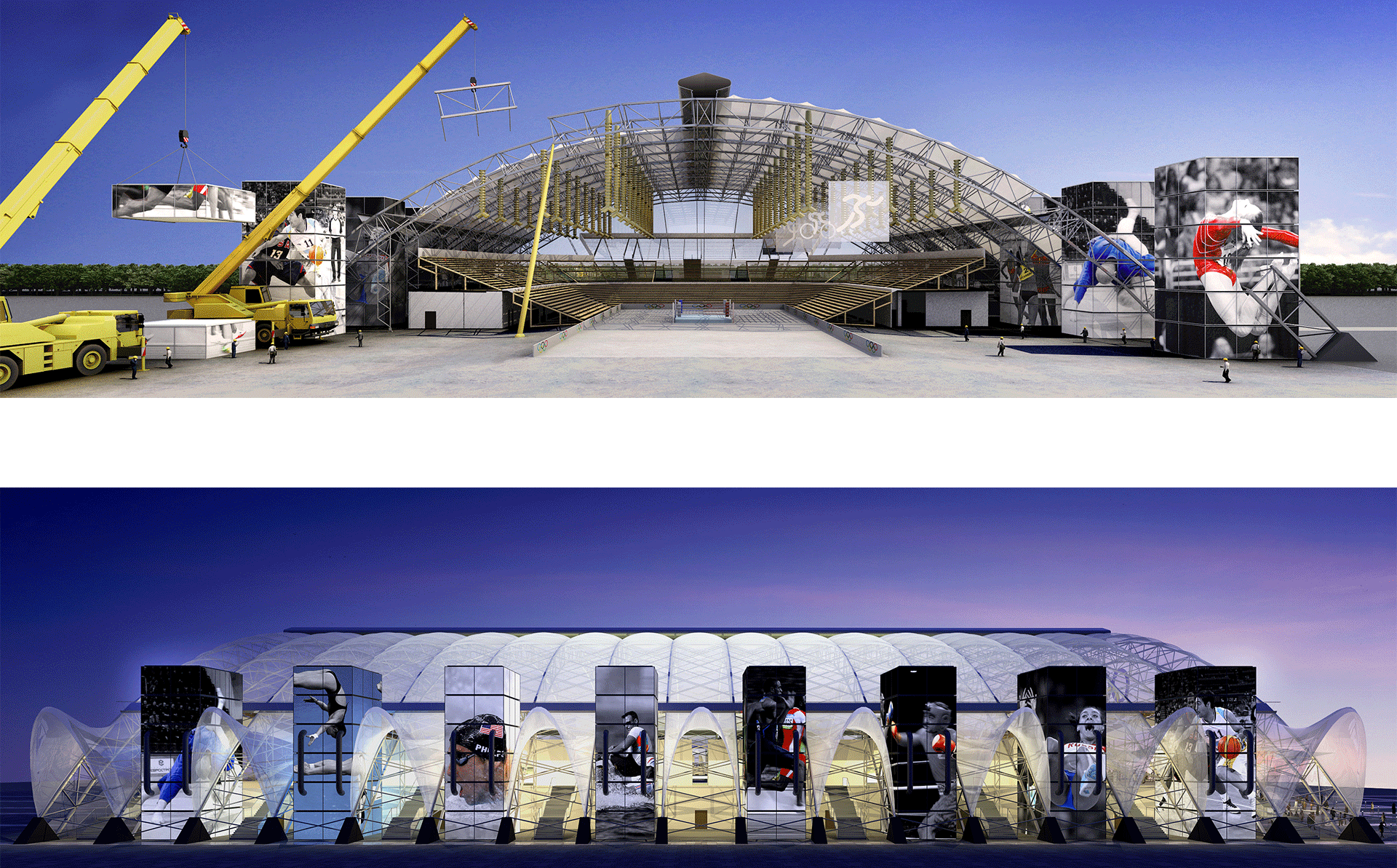 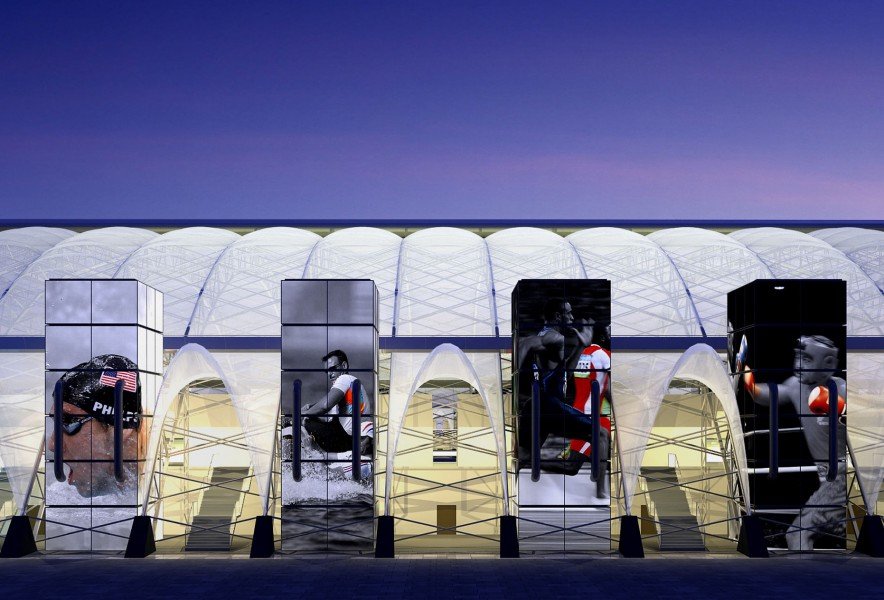 This innovative project was conceived by Lifschutz Davidson Sandilands and Edwin Shirley Staging as a response to the costs of staging the Olympic Games, offering a solution to the expense of stadia construction and the waste of their redundancy after the event.

Four stadia, each to house between 8,000 to 15,000 spectators were designed for and in collaboration with Edwin Shirley Staging, a firm specialising in prefabricated large span structures. Each stadium is covered by twin-skin fabric envelopes stretched over a series of 80m tied steel arches. Externally ground preparation and clearance was required with provision of all landscaping, parking provision for cars, coaches, maintenance, media and emergency vehicles including a helipad.

Featuring all seating, staging and back of house facilities required to support the Olympic disciplines of volleyball, handball, taekwondo and boxing from the preliminary events through to the finals, the stadia were designed for prefabrication and transportation, allowing them to be made in the UK and shipped to Greece, as well as adaptable for reuse after the games in Greece or elsewhere as sports venues or for leisure or entertainment events.

While the project was not adopted by that Olympic Games, the idea of demountable sports and leisure facilities was used with great success at the London 2012 Olympic Games, and Lifschutz Davidson Sandilands formed part of the team which worked to deliver the city’s temporary structures.

These two towers in London’s East Village offer a focal point for this new community, with flexible rental accommodation over 482 apartments above a podium of shops and restaurants that give onto the main streets and the park. The scheme was delivered with high-quality, prefabricated construction and an innovative ‘jump factory’.

In 2008 Lifschutz Davidson Sandilands won an invited competition to design a series of car and pedestrian bridges in London’s Canary Wharf, to form a waterside public realm that extends right through the proposed new development at Wood Wharf.

The Hoxton, Southwark, is an ambitious project that integrates 192 hotel rooms, restaurants, bars and function rooms with 4,000 m2 of flexible co-working office space, all stacked within the same slender 17-storey building.