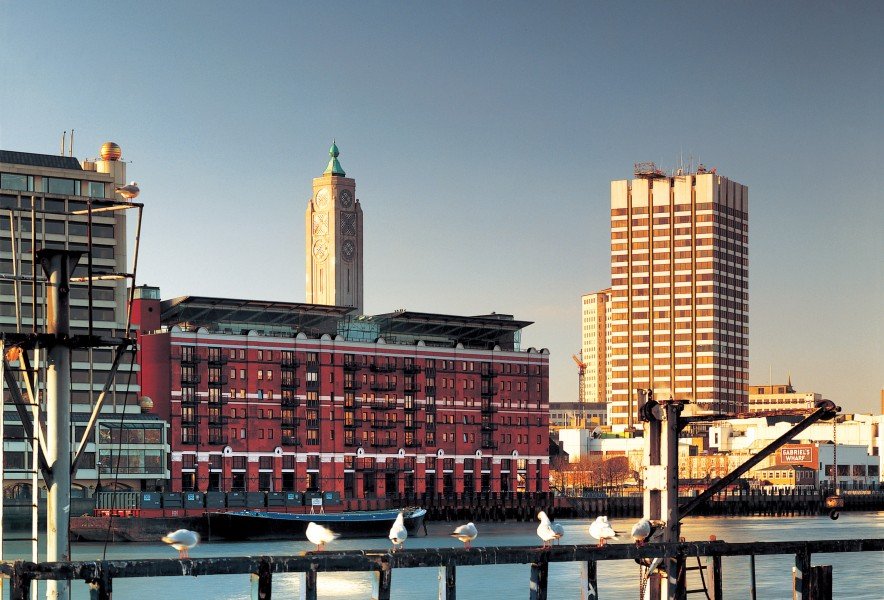 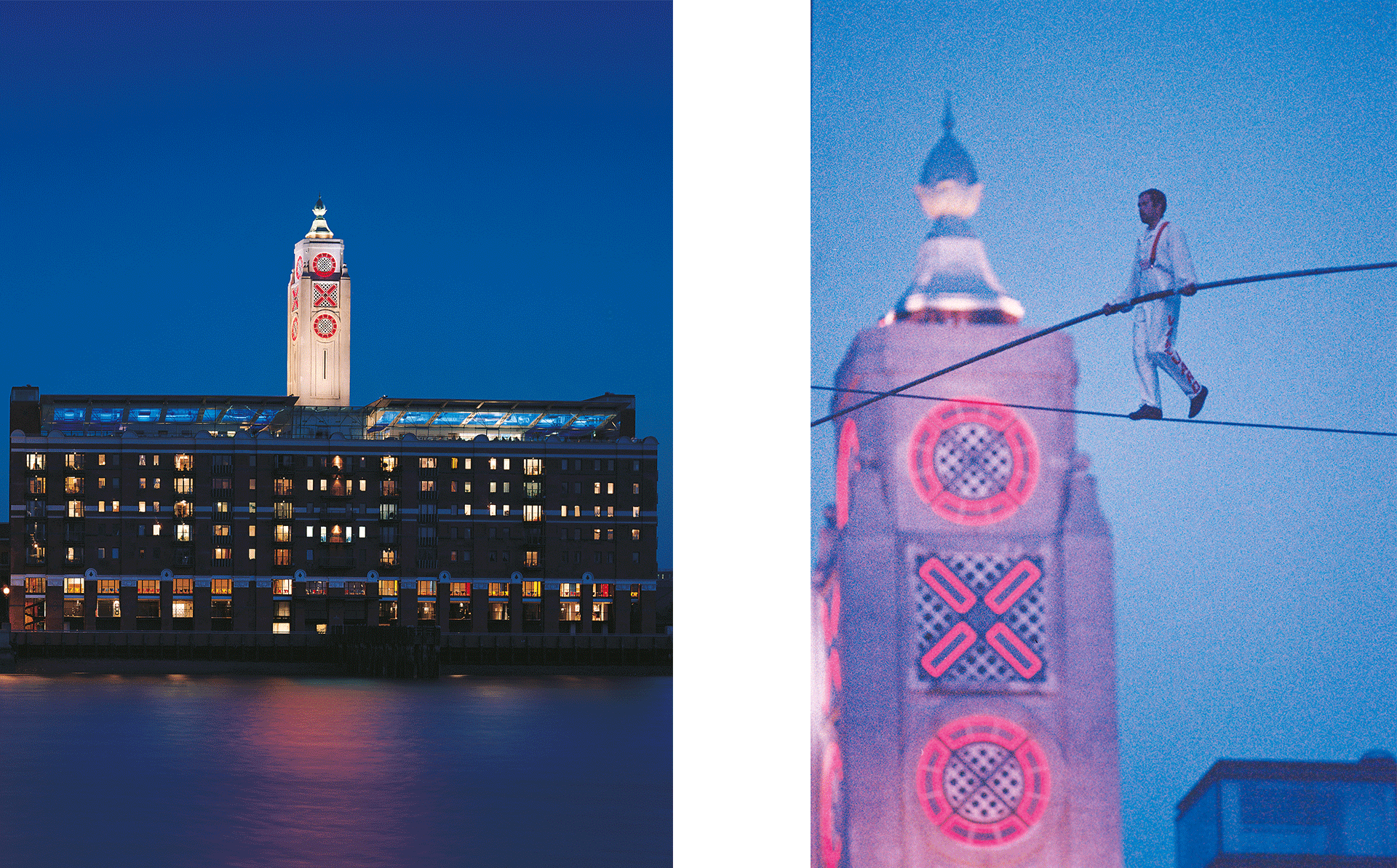 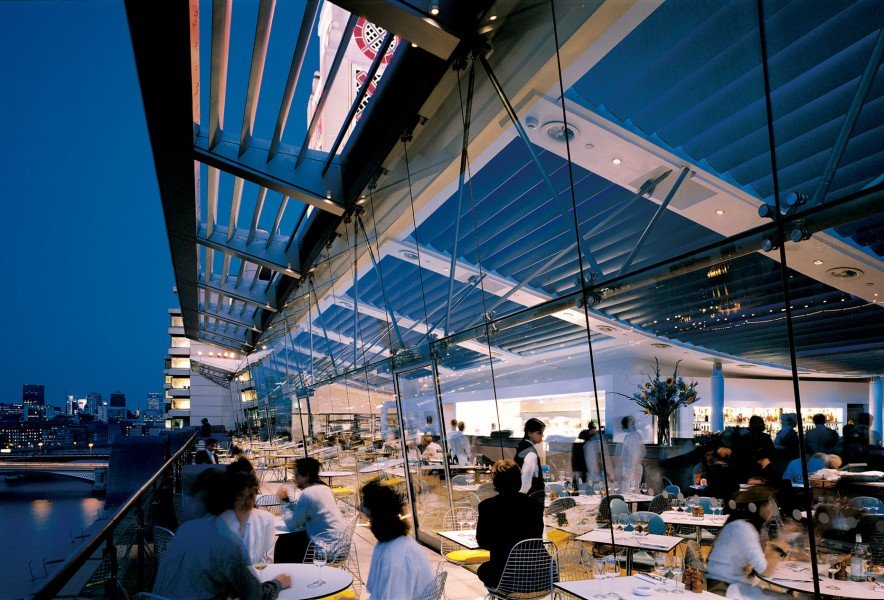 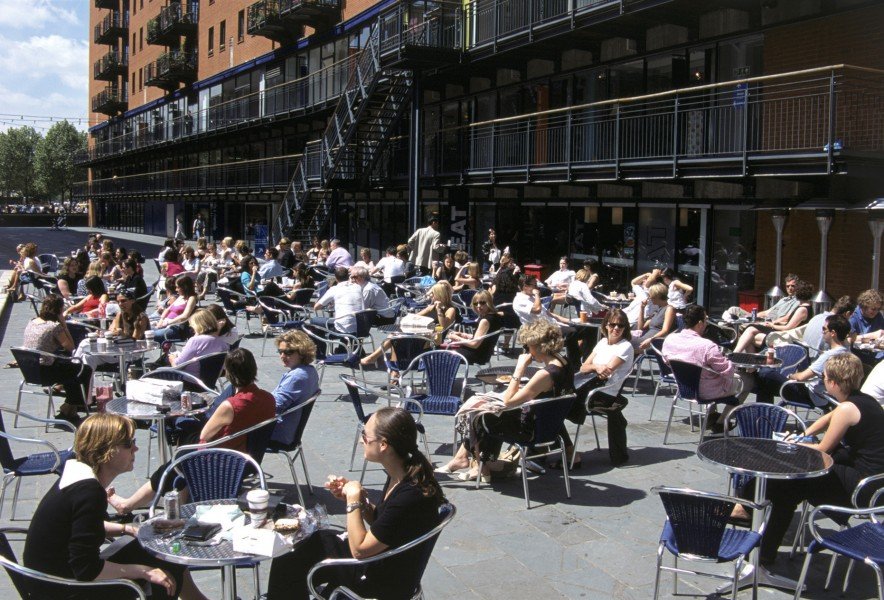 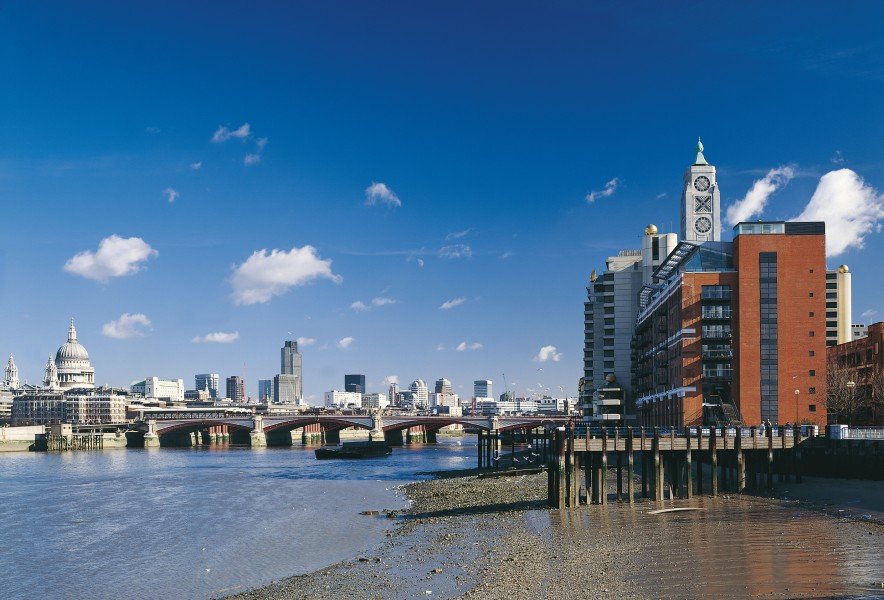 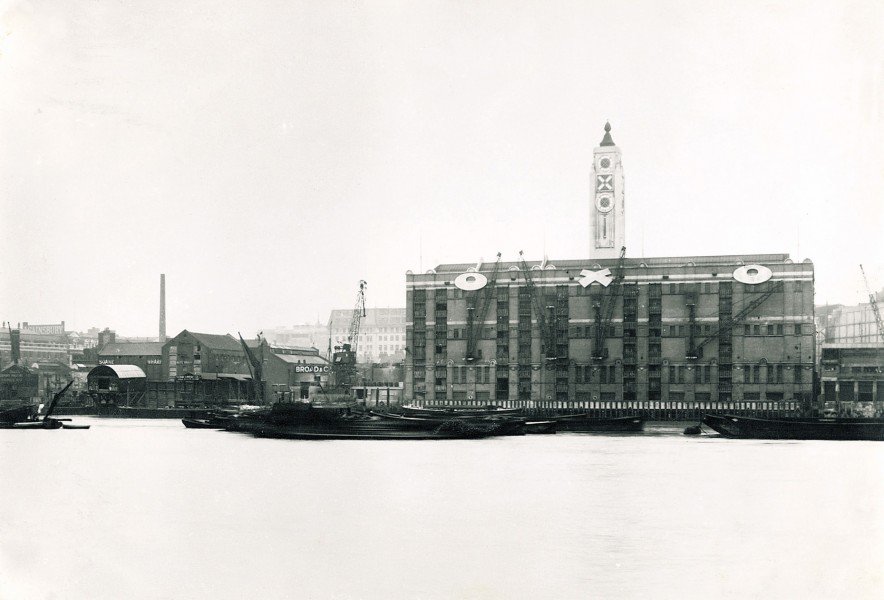 The Oxo Tower building was originally constructed as a power station around 1900, when it was used to provide electricity exclusively to the Royal Mail Post Office. Between 1928-30, it was remodelled by the company responsible for creating stock cubes to use as a meat warehouse, and it was they who added the tower with its eponymous OXO windows to overcome restrictions on advertising along the river. Over time, the use of the warehouse declined and the building became derelict, but the site affords one of the most stunning views along the river Thames, east to St Paul’s Cathedral and west to Charing Cross station. In the 1980s, Coin Street Community Builders (CSCB), a social enterprise formed by local residents with whom we later created the Broadwall Housing scheme, bought the site as part of the redevelopment of the wider area and commissioned us to repurpose and refurbish the site.

The complex brief was resolved by several devices, including the insertion of three new ten-storey cores to provide circulation and services and to reinforce the visual organisation of the building. This left clear, simple floor plates to flexibly accommodate a variety of uses. The lower floors provide designer studios and specialty shops, with five floors of housing allocated to CSCB’s Housing Co-op and two very large restaurants operated by Harvey Nichols on the 8th floor.

We re-skinned the southern façade in complementary brickwork and wide oak galleries to provide access to the designer/maker studios. We repaired the historic northern elevations and removed the previous, rather modest roof with a magnificent aerofoil structure from which we suspended a wall of clear glass to give diners magnificent sweeping views of the river. The public also has the benefit of the same panorama, as a central zone around the base of the tower is reserved for them as a free viewing gallery, perhaps the first building in London to provide such an amenity.

The retention and adaptation of the building provides a complexity and texture no completely new building could have offered, with modern additions that have created an exciting contrast between old and new to the benefit of both. Twenty years later, the building and the waterfront area on which it stands, renamed Oxo Tower Wharf, has been transformed as a result of the development, and is now celebrated as an exemplar for successful, community-led regeneration. Socially and economically, the mixed-use scheme has proved a vital part of the area’s regeneration, bringing life to London’s South Bank and demonstrating how local organisations can organise and create their own success.

This office building for Derwent London sits in the heart of the Covent Garden Conservation Area within sight of the market. From the outset the client and design team were aware that a replacement of the existing, highly cellular, building was unlikely, and that the Edwardian façade would be retained.