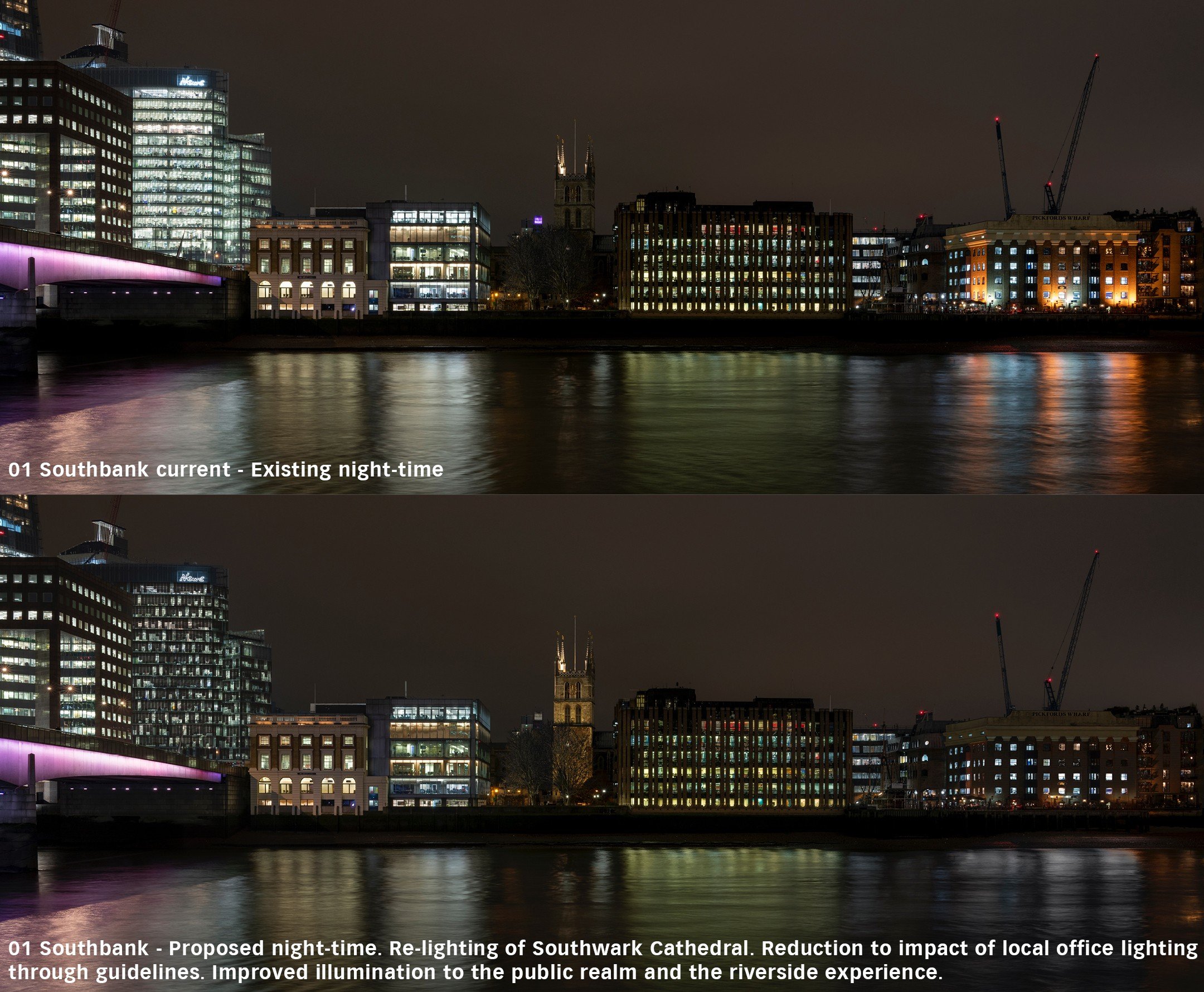 London is a 24-hour capital. To paraphrase Juvenal, the Roman satirist, ‘All of London’s a stage, and every Londoner’s an actor.’ Yet it sometimes seems that at night, with light spilling from empty office blocks, closed shopfronts and uncontrolled advertising, we either ignore the city’s stage – its celebrated buildings and public spaces – or simply extend day into night and expunge darkness altogether.

Saving the Night, is the name of an initiative by Lifschutz Davidson Sandilands (LDS) and Speirs + Major to rethink and, above all, rebalance the lighting of our cities at night for the benefit of those who use them.

In London millions of people use the city’s streets, public and cultural spaces, and transport system after dark. Safe public lighting is essential. Yet darkness plays a vital biorhythmic role in supporting our well-being and protecting flora and fauna. Likewise, when we experience the city at night, the illumination of public spaces often comes second to a garishly lit backdrop. Offices with their lights on and illuminated advertising compete with landmarks such as St Paul’s Cathedral. Pedestrian areas are either overwhelmed by highway lighting or meanly lit, making places we enjoy in the daytime feel hostile and inaccessible at night.

LDS and Speirs + Major have both been exercised by the question of how to light the urban night for several years. An approach to making light and darkness work together was used in LDS and Speirs + Major’s ‘snowfall’ of light on their Riverside Walkway on the South Bank, where blue and white bulbs festoon the trees planted after the war to commemorate the lives of Londoners who died in the Blitz of 1940. LDS’s current large-scale public artwork Illuminated River, a project to illuminate 14 of London’s bridges in collaboration with the lighting artist Leo Villareal, will bring the Thames alive at night, opening our eyes to the river’s poetry while cutting energy use by 40 per cent – and controlling stray reflections to be kind to the river’s ecology: ‘however we did it,’ Alex Lifschutz of LDS says, ‘we were determined to illuminate these bridges with art, but in a non-invasive way.’